Here’s what stars wore to the Met Gala after party

The only thing better than one dramatic outfit is a second one photographed in worse light.
by Lisa Felepchuk
Getty Images

The Biebs threw an epic one at NYC’s Webster Hall and Rihanna, who teased a party earlier in the week on IG—“If you planning a MET Ball after party..............don't," she wrote—came through with her promise, too.

WATCH MORE: Star couples step out at the Met Gala

Regardless of how quick these outfit changes were, they didn’t disappoint. Scroll on to see what celebs were wearing to the Met Gala after parties in NYC while you were sleeping.

The Biebers hosted one of the after party bashes and, like usual, totally complemented one another in laidback black fits.

Sunday night’s MTV VMAs were all about MGK, but Monday eve Megan was centre stage. She kept the bangs that she’d worn earlier in the night and paired them with a one-shoulder red mini.

Like Megan, Kendall also opted for a bright red party dress. It was a total change from the elegant Givenchy she sported on the red carpet.

The supermodel is coming into her own and the black lace halter dress she wore to the parties is reminiscent of something her mama would’ve worn decades earlier.

Kim was a walking silhouette and arguably the most talked-about of the eve—was or was that not Kanye with her?! The media mogul took off the headpiece for the night, but still kept part of her face covered with a mask. 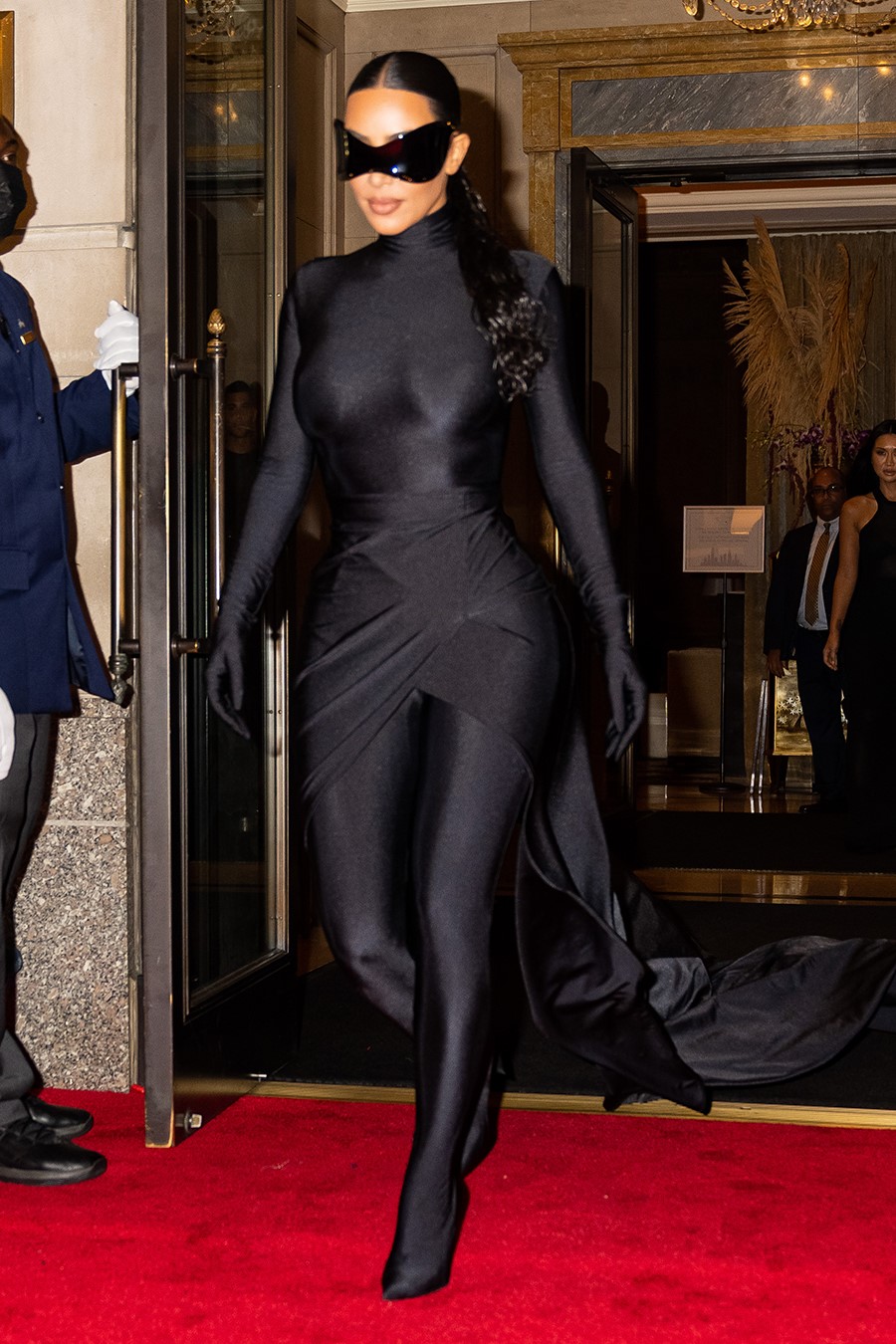 There always has to be somebody fashionably late to fashion’s biggest night of the year, and in 2021 it was Riri and ASAP Rocky. The pair made their debut as a couple on the Met red carpet and then had a quick costume change with Rihanna stepping into sheer pants and a black headpiece for her party at Davide in the Meatpacking District. 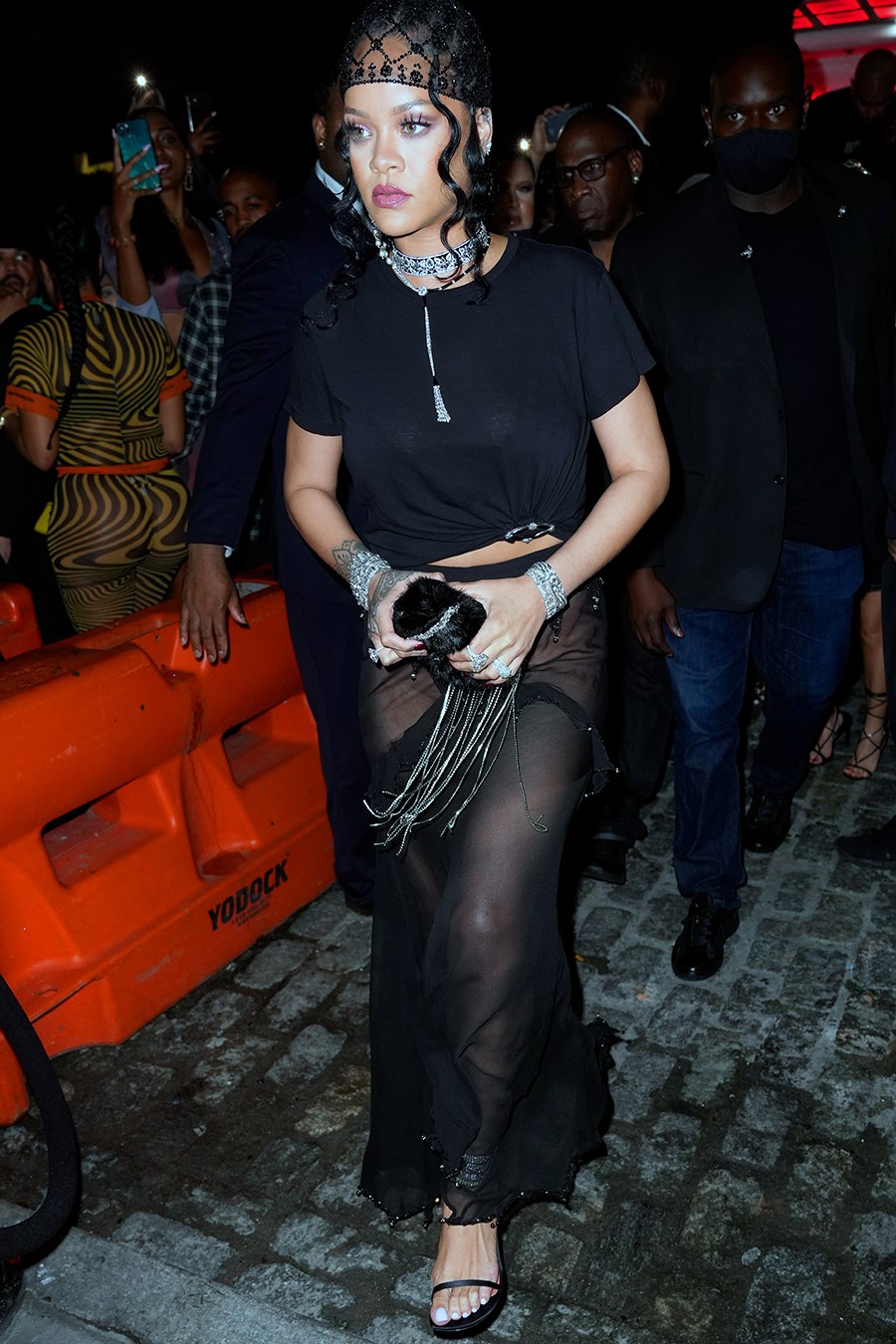 Most stars opted for a slinkier fit come evening, but not Grimes. The musician brought out all the ruffles to party, along with long purple locks. 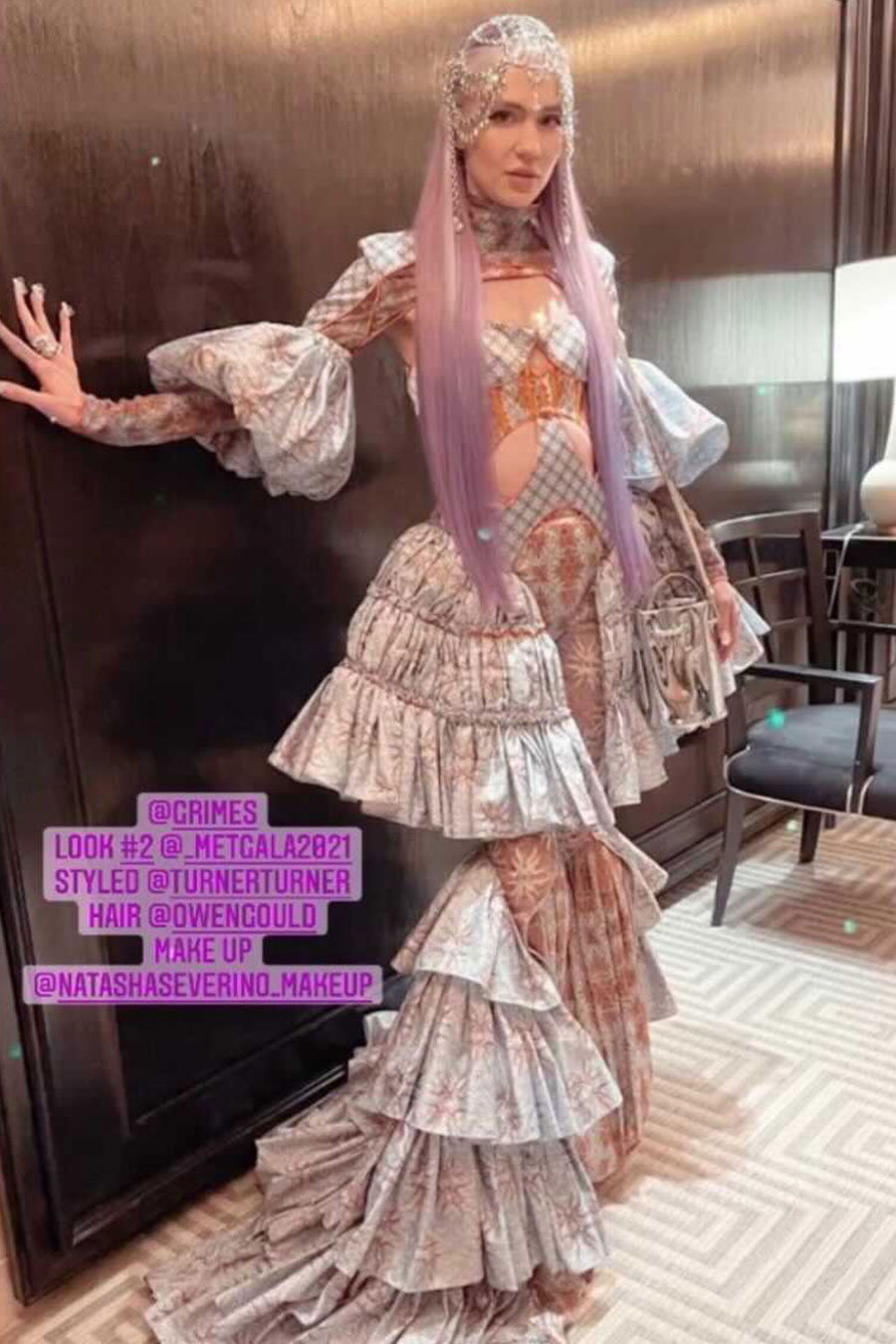 The Canadian star was almost unrecognizable after his outfit change into burnt orange boots and embellished leather chaps. 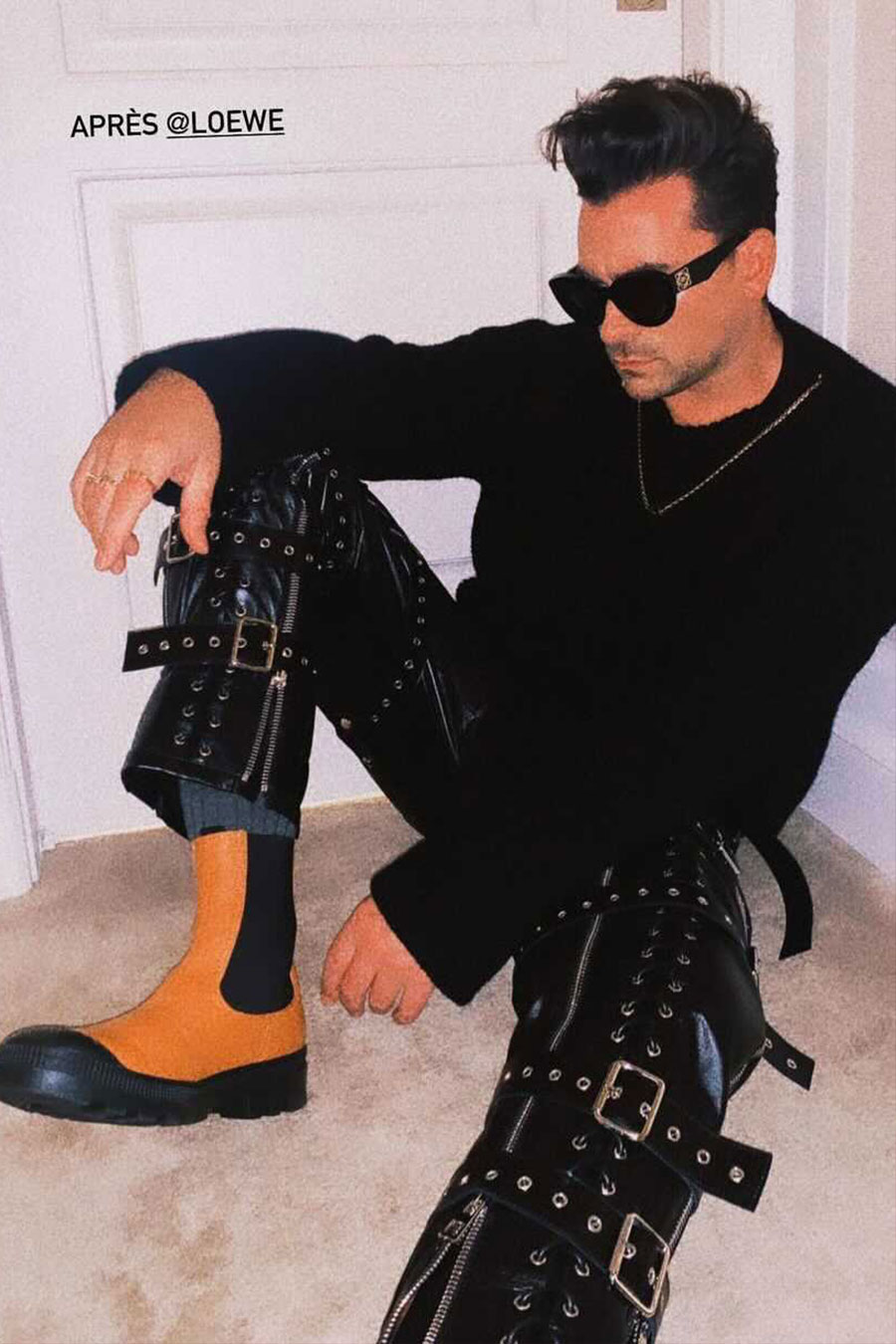 Don’t these two make such an attractive couple? Shawn didn’t bother with a fresh look, but Camila changed out of that shimmer purple Michael Kors and into this oversized blazer with white lapels and short shorts.

The model’s after party fit had similar vibes to her red carpet look at the Gala with dizzying patterns and frothy fabrics. This after party look might even be even better than her first.

BEFORE YOU GO: Elliot Page makes his red carpet debut