Last night, the MTV Video Music Awards were held in person (perhaps signaling the end of the virtual stage!) in Brooklyn at the Barclay’s Centre. Prior to the star-studded event, crooner Ed Sheeran said that he hoped for a “controversial moment” during the ceremony. (Watch the full show now on CTV.ca.)

“In the past few VMAs, it’s all been quite… sorta safe. I think it’s quite nice when something out of the ordinary happens,” he lamented.

Well, Ed, you got what you wished for! Before the ceremony even began, the red carpet became the sight of an *almost* royal rumble between MMA fighter Connor McGregor and Machine Gun Kelly.

As both men were walking the red carpet, word on the street is that McGregor asked for a photo with MGK and his glamourous-as-always date Megan Fox. When MGK declined, McGregor got heated.

As you can see from the fan video posted above, McGregor tries to swing a couple times, and even tries to throw his drink before security break it up. Megan Fox seems to be attempting to push MGK back, but then security leads them around the back of the brawl to protect them both. It is frankly a really harrowing scene.

But hey Connor, you finally get your photo with MGK! Just not the ones you were hoping for. SMDH.

According to TMZ Conor attacked Mgk for denying a photo with and threw drinks at him (Megan fox was nearby mgk) . pic.twitter.com/U8jCK2880G

Oh wait, the VMA’s are about music, not celebrity brawls, so let’s get to that. There was Lil Nas X, JLo, Kacey Musgraves, BTS, Olivia Rodrigo! And before all that, Madonna’s bum! You read that right.

The iconic Material Girl made a surprise appearance on the VMA stage to herald the start of the show, and her legendary derriere made quite the impression on everyone.

She got too much money for this.. #Madonna #VMAs pic.twitter.com/deSePRRRzQ

Madonna's long history with the VMAs as was projected behind her as she walked the catwalk. She was the first-ever woman recipient of the Video Vanguard award in 1986 (since renamed after Michael Jackson), and her performances on the VMA stage over the years (like this "Express Yourself" performance from 1989 and this "Vogue" performance a year later), have always left audiences wanting more.

So this time she showed them more….And judging by her Instagram post immediately following her appearance that was her intention all along.

Speaking of fashion choices, can we just take a minute to appreciate some of the fire couture our fave rockstars and rap gods wore to the show? Like Brazillian nominee Anitta, Tinashe, Kim Petras, Paris Hilton, and Lil Nas X?

Anitta is so beautiful to the #VMAs pic.twitter.com/2HsIfeDxjc

Tinashe at the #MTV #VMAs! pic.twitter.com/TfwYOqVzS2

Get in, we’re going to the #VMAs with Kim Petras and Paris Hilton https://t.co/TVxO4Ign9t pic.twitter.com/WtWOgOB4Ii

And of course, not to be outdone, Megan Fox who nearly melted our screens.

Shall we hand out some awards now? The night began with BTS winning Best KPop for their hit summer jam “Butter,” and then quickly after that, they won Group of the Year. Justin Bieber, Daniel Caesar, and Giveon won Best Pop for the very R&B tune “Peaches,” and Justin made sure to thank all of his family back home in Stratford, Ontario.

Later, the Biebs also won for Artist of the Year, and made us all swoon when he glanced over to his wife Hailey and said, “I look over here and I see my beautiful wife and I just want to say thank you so much."

Speaking of #relationshipgoals with Canadian men, did you see Shawn Mendes going bonkers on the side stage as his girlfriend Camila Cabello was performing?

Check out Shawn Mendes watching Camila Cabello perform from across the arena and dancing to her song #VMAs pic.twitter.com/zsD1EiEgpM

On the red carpet, he expressed how excited he was to watch her performance tonight.

🎥| Shawn Mendes at the #VMAs talking about Camila Cabello, the fans, performing 'Summer Of Love' and his nomination for 'Wonder' pic.twitter.com/GJwLb5jLUd

And Camila was obviously feeling the same as she introduced her “guy” who set the stage alight directly after her to sing “Summer of Love.”

“Give it up for my guy Shawn Mendes !” Camila introducing Shawn was so cute 🥰 #VMAS pic.twitter.com/UrA5SWqD6o

Final word on Shawn Mendes (we promise): HE MET LIL NAS X. Is it just us, or does this feel like the last piece of a puzzle before Shawn, LNX and Harry Styles all meet and transcend space and time? Just a thought.

Circling back to this moment for a minute: @LilNasX & @ShawnMendes 😭 #VMAs pic.twitter.com/DC3JPs0FpG

Maybe we’re too emotional, or maybe Olivia Rodrigo’s performance of “good 4 u” was just what we needed during the ceremony.

.@Olivia_Rodrigo just left her mark on the #VMAs stage with that incredible performance of "good 4 u" pic.twitter.com/gFjLNwaipz

Jennifer Lopez even made a surprise appearance to present Oliva with her award for Song of the Year for "drivers license." Olivia looked a little bit, shall we say, starstruck.

Someone who was less impressed? Billie Eilish. Hm.

why was billie eilish making this face when JLo walked out? #VMAs pic.twitter.com/Ptfb6r83On

And let’s give it up for Kacey Musgraves, Lil Nas X also performing at the show for the first time.

.@LilNasX delivers a stellar dance break during his performance of “INDUSTRY BABY” at the 2021 #VMAs. https://t.co/wLFRcWsErk

That hand-slap with Jack Harlow is giving us life.

But perhaps the performance that got most people talking was Tyler Joseph of Twenty One Pilots, announcing that his wife Jenna is pregnant during his song!

On the very same stage that Beyoncé announced she was pregnant back in 2011 too? We heartily endorse this baby announcement.

BEFORE YOU GO: ‘Bridgerton’ is having a real-life royal ball and Canadians can go

[video_embed id='2278924']BEFORE YOU GO: ‘Bridgerton’ is having a real-life royal ball and Canadians can go [/video_embed] 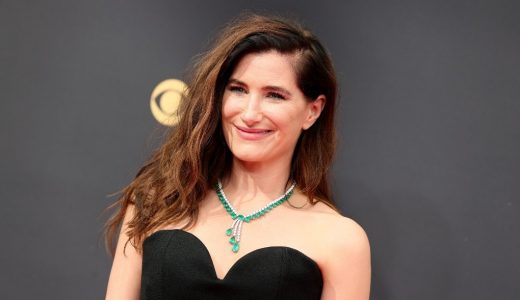 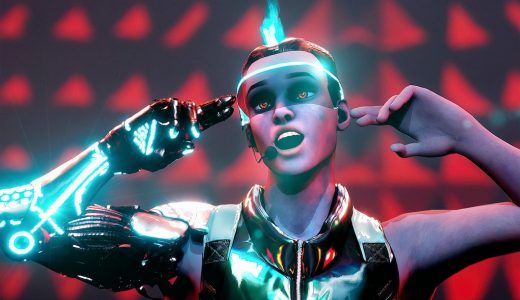 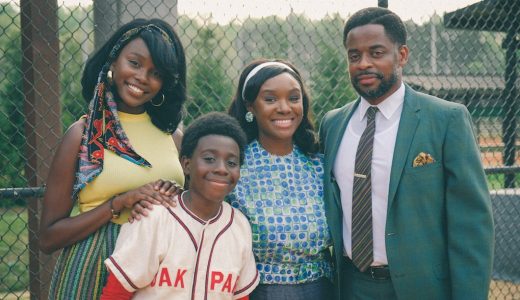