'I'm also giving confidence to the kids and telling them to be themselves and do what they want to do.'
Katie Scott
Getty Images

Kid Cudi reflected on his decision to wear an Off-White dress during his appearance on Saturday Night Live back in April.

Cudi’s spaghetti-strap floral dress was a nod to the late Kurt Cobain. The “Erase Me” rapper’s SNL performance came a few days after the anniversary of the day Cobain died in 1994 at the age of 27.

During an appearance on The Shop: Uninterrupted (stream now on Crave), Cudi explained (again) that he chose to wear the dress as a tribute to Cobain. "SNL comes my way, so I immediately thought like, oh this would be the perfect opportunity to wear a dress. But, do I go to a store and just buy something off the rack, or do I go get somebody to make me some shit?"

Cudi told Tom Brady, Chelsea Handler, Draymond Green, Maverick Carter and Paul Rivera about Cobain's influence on his outfit choice, saying, "The image of seeing Kurt Cobain in a dress was very rock n' roll to me. That was cool. So I already made my mind up years ago that I wanted to do this. And it's cool because I'm also giving confidence to the kids and telling them to be themselves and do what they want to do."

The Grammy Award-winning rapper was asked if anyone in the hip-hop industry reached out to ask about his outfit choice. “It’s not like Kanye’s gonna hit me up and be like, ‘Yo that dress was fresh.’ But it’s OK, I know that Kanye sees that and he respects me for it," Cudi replied.

When Handler asked Cudi if anyone's opinion had upset or affected him, he said: "I'm more like, 'Hmm, I wonder why they feel that way... f**k 'em.'"

The "Soundtrack 2 My Life" rapper continued: “I’ve never been someone who’s like thinking about the backlash. I don’t give a f**k about what anyone thinks. You can’t when you’re doing this shit. I knew it would piss some people off, but I love that. Because hip-hop is so weird about shit.

“I’ve already seen people making YouTube videos where they’re just strictly talking about me and this dress. Like grown men angry, grown Black men angry. ‘He’s doing something against men and masculinity, it’s a big thing going on…’ And I just be like, ‘Yo, this is so funny, this is crazy that I’ve stirred it up like this.’”

The “Day ‘n’ Night” rapper wore two outfits during his time on the late-night comedy sketch series that were similar to ones that Cobain previously wore.

When he first hit the stage for a performance of “Tequila Shots” from his most recent album Man on the Moon III: The Chosen, Cudi wore a green cardigan that looked very similar to the one that the late Nirvana rocker wore during an MTV Unplugged concert in 1993. He also wore a t-shirt honouring the late SNL cast member Chris Farley, who died in 1997.

Cudi also performed his song “Sad People” in the floral dress, which was similar to the one that Cobain wore on the 1993 cover of The Face magazine.

Following his performance, Cudi praised Virgil Abloh on Twitter for creating the dress that will be included in a new collection the pair are working on.

“Virgil designed the dress for me,” Kid Cudi tweeted in April. “I told him I wanted to show love to Kurt w a floral print sundress and this man made a masterpiece.  Thank You @virgilabloh ur a f**kin genius!! Love you man we did it!!!”

In another tweet, the 37-year-old rapper revealed that he’s doing a collection with Off-White and the dress will be included.

BEFORE YOU GO: Pete Davidson says his future on ‘SNL’ is ‘up in the air’ 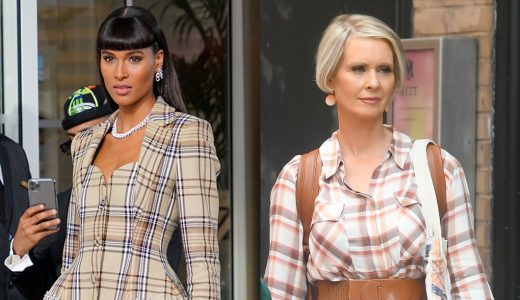 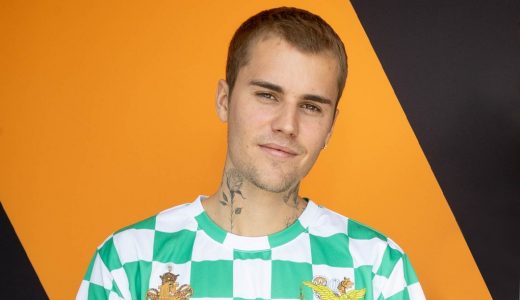 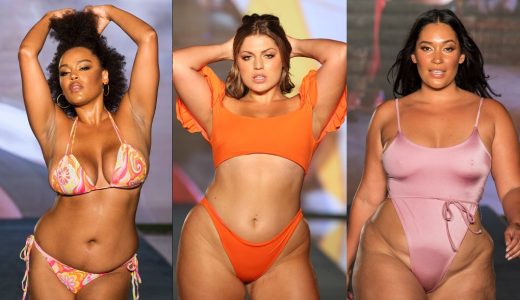 In its most inclusive fashion show yet, Sports Illustrated featured models of all ages, sizes and races 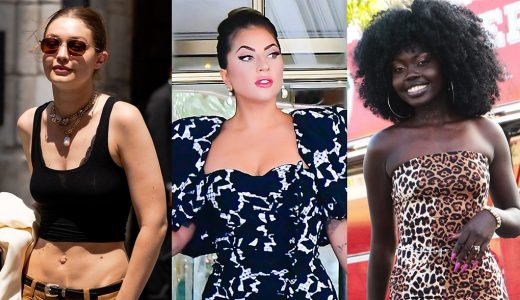