Warning: the following may be triggering for some readers as it discusses sexual assault, mental abuse and trauma.

Armie Hammer has reportedly checked himself into a Florida rehab facility and is being treated for sex, drugs, and alcohol abuse.

The Social Network and Call Me By Your Name actor, who has faced a litany of sexual assault and harassment allegations, reportedly left the Cayman Islands and travelled to the in-patient facility just outside of Orlando at the end of May, accompanied by his estranged wife Elizabeth Chambers.

Vanity Fair, who broke the story, quoted social media users that first reported the sighting of Hammer at the airport with Chambers.

“Elizabeth and kids dropp[ed] him off and walk[ed] in as far as allowed,” wrote the person. “A lot of hugs and seemed emotional.”

A source close to Hammer confirmed to Vanity Fair that he reached out to his estranged wife in late May, “asking for help and telling her that he was ready to seek treatment.” He allegedly vowed to stay at the facility for as long as his recovery and treatment requires. Two sources have told the outlet that Hammer checked in on May 31, and he has the support of Chambers and his family.

The news comes mere months after the embattled actor was accused of several instances of rape, abuse, and harassment, including a fetish for cannibalism that was exposed when his social media DMs were publicly shared. “I am 100 per cent a cannibal. I want to eat you,” Hammer allegedly wrote.

Then in March, a European woman who goes by the Instagram name House of Effie, revealed via her lawyer, famed woman’s advocate Gloria Allred, that her relationship with Hammer resulted in a violent attack and rape.

“On April 24, 2017, Armie Hammer raped me for over four hours in Los Angeles, during which he repeatedly slammed my head against a wall. He also committed other acts of violence against me to which I did not consent. For example, he beat my feet with a crop so they would hurt whatever step I took for the next week,” she said.

“During those four hours, I tried to get away, but he wouldn’t let me. I thought he was going to kill me. He left with no concern for my well-being. I was completely in shock and I couldn’t believe someone I loved could do that to me,” Effie added.

That revelation resulted in the LAPD opening an investigation into the allegations against Hammer, and he was dropped by WME talent agency. He also walked away from his role in Shotgun Wedding opposite Jennifer Lopez, and lost a handful of other projects, including the Broadway play The Minutes and the upcoming drama series The Offer.

“Everyone looks at Armie thinking that he’s had some sort of privileged life—and that must mean there were no problems in his youth and everything was peachy keen,”  a close friend of the actor told Vanity Fair. “But that’s not necessarily the way things go. Just because you come from an upbringing where financial resources are plentiful doesn’t mean life isn’t without problems.”

Another close friend added that his entering rehab "is a clear sign that he is taking back control [of] his life and knows that this [is] a step towards his overall well being.”

An ex-girlfriend told the outlet, “He’s addicted to drugs because he has so much trauma that he cannot deal with stillness, face himself, or sit alone with his s**t.” She goes on to suggest his addictions and behaviours have been an open secret in Hollywood for some time, saying that he has openly referenced his proclivities in tweets or interviews.

As for one of his alleged victims, Effie has this to say about his check-in to rehab: “While I am glad that Armie is finally getting the help I begged him to get for so long, this does not take away all of the immense pain and suffering he has caused me.” Her statement was released via Allred. 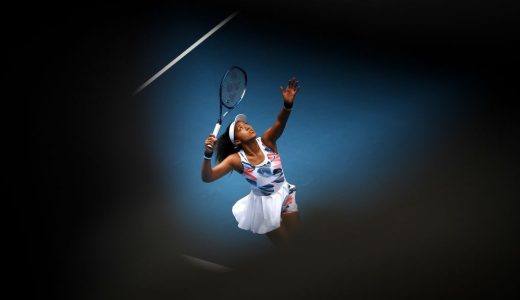