Everything to know about the ‘Enchanted’ sequel, ‘Disenchanted’

When Enchanted debuted in 2007, it gave the world the story of an animated princess sent away from her fairy tale life and out into the real world, where she became an actual human being. There, in New York City to be exact, the princess was forced to find her way among the cynics and haters, all while searching for her real prince charming. It was a happy ending, but one that wasn’t necessarily true of the real world.

Fast forward 15 years, and things aren’t quite so rosy for Giselle (Amy Adams) and Robert (Patrick Dempsey). With a new baby in tow they move their family to the suburbs, where a formidable Queen B (Maya Rudolph) doesn’t exactly take Giselle under her wings. So Giselle makes a magical wish, one that accidentally puts her whole new world in jeopardy.

Ahead of the Nov. 18 debut on Disney Plus, we caught up with the cast and crew at a press conference to find out everything we could about the Enchanted sequel, Disenchanted.

There are some new cast members 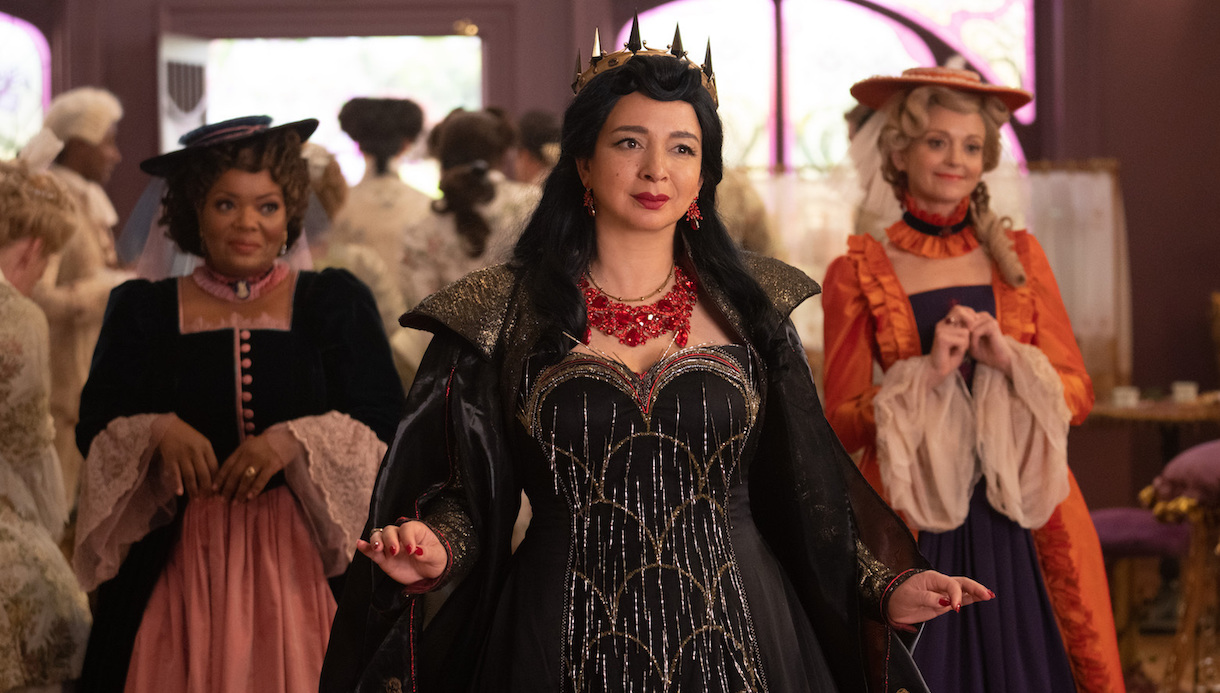 When Disenchanted debuts, it isn’t just Adams and Dempsey who return —Idina Menzel also reprises her role as Robert’s former girlfriend Nancy, and James Marsden is back as Prince Edward, a.k.a. the guy Nancy winds up with.

The movie filmed in Ireland 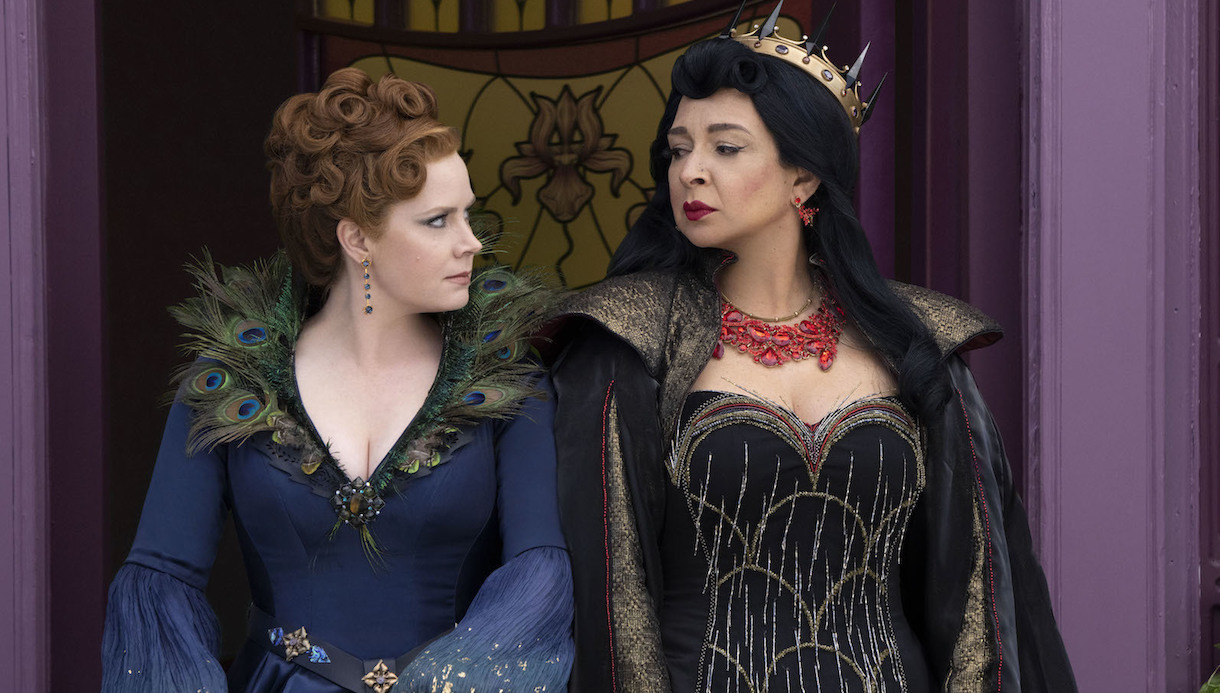 If you want to get Maya Rudolph involved in your film, it turns out the best way to get her onboard is to take her to Ireland. The actor reveals she brought her whole family with her during filming, and it was a magical experience.

“The people that welcomed us there and showed us where we were and what to do there were genuinely loving people who were so welcoming. [They created] a little world for us,” she says. “I mean, it was a very scary time. It was the first time a lot of us left home, period, since the pandemic had started.”

Amy Adams really wanted to see what Giselle was up to 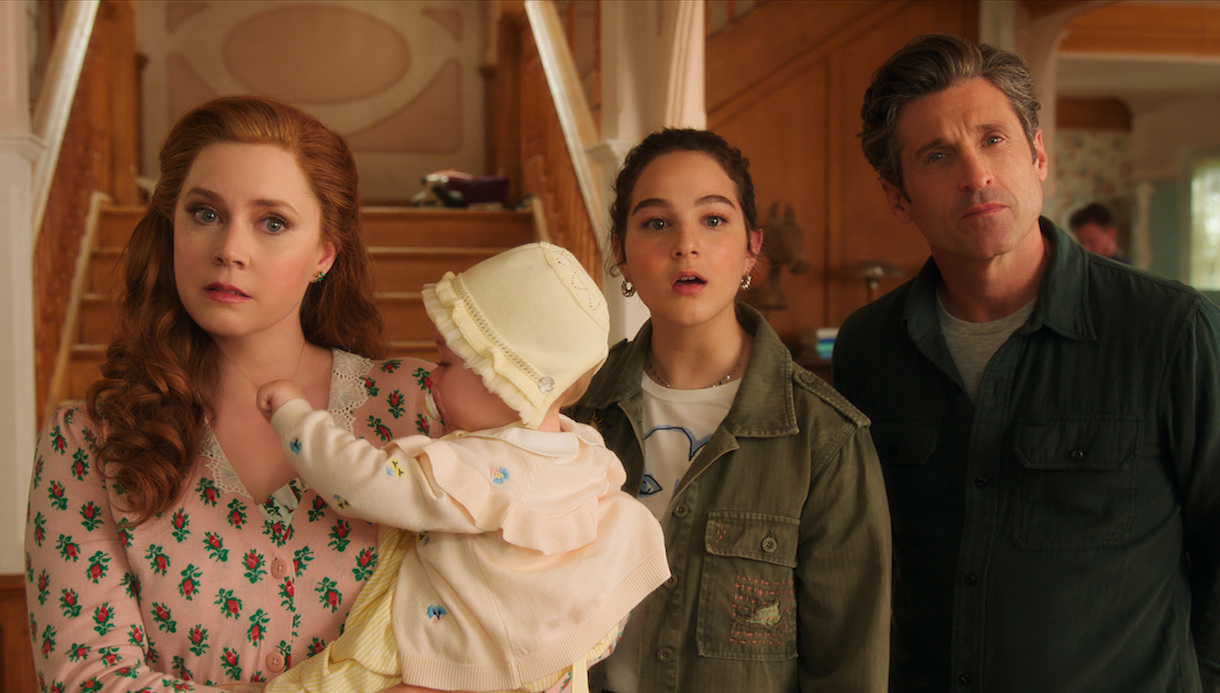 In the years since Giselle left Andalasia and settled down with her prince, Adams has wondered what kind of life the character would lead and who she might be.

“This movie has meant so much to me in so many ways. So, I'm just grateful to get to come back and revisit Giselle at this point in my life,” she says. “It’s sort of taking that evolution of who she might be after spending [years in our world], but also making sure we keep her grounded in the truth of her feelings. But without losing that joy and that naiveite and innocence and purity that makes Giselle so special.” 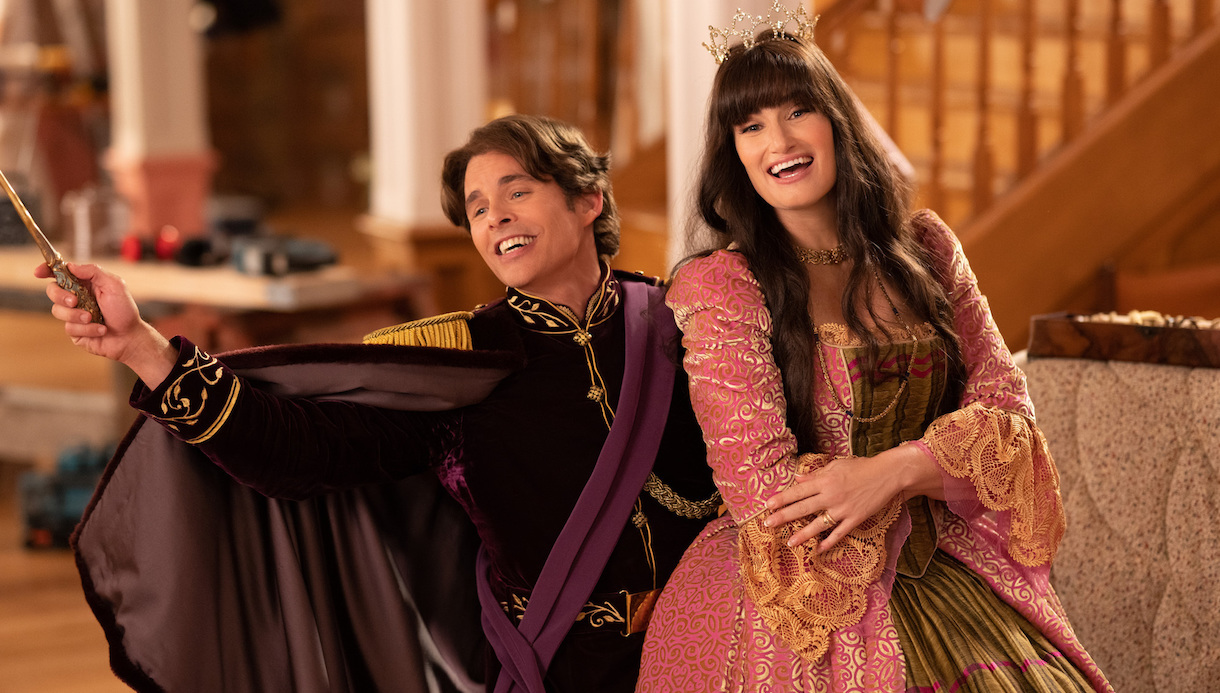 As fans may remember, Menzel’s character, Nancy, did not sing in Enchanted. That was upsetting to many fans, especially considering the actor’s award-winning musical background. That wasn’t for a lack of trying, however. The creatives wrote two songs for the character and even filmed one, but in the end it was cut. This time around, however, Menzel is having her moment.

“It was just superfluous at the time because [they] were trying too hard,” she says. “And I really appreciate that. But now [they] made up for it in so many ways that I'm singing a song I could barely sing live if I tried.”

And so does Patrick Dempsey 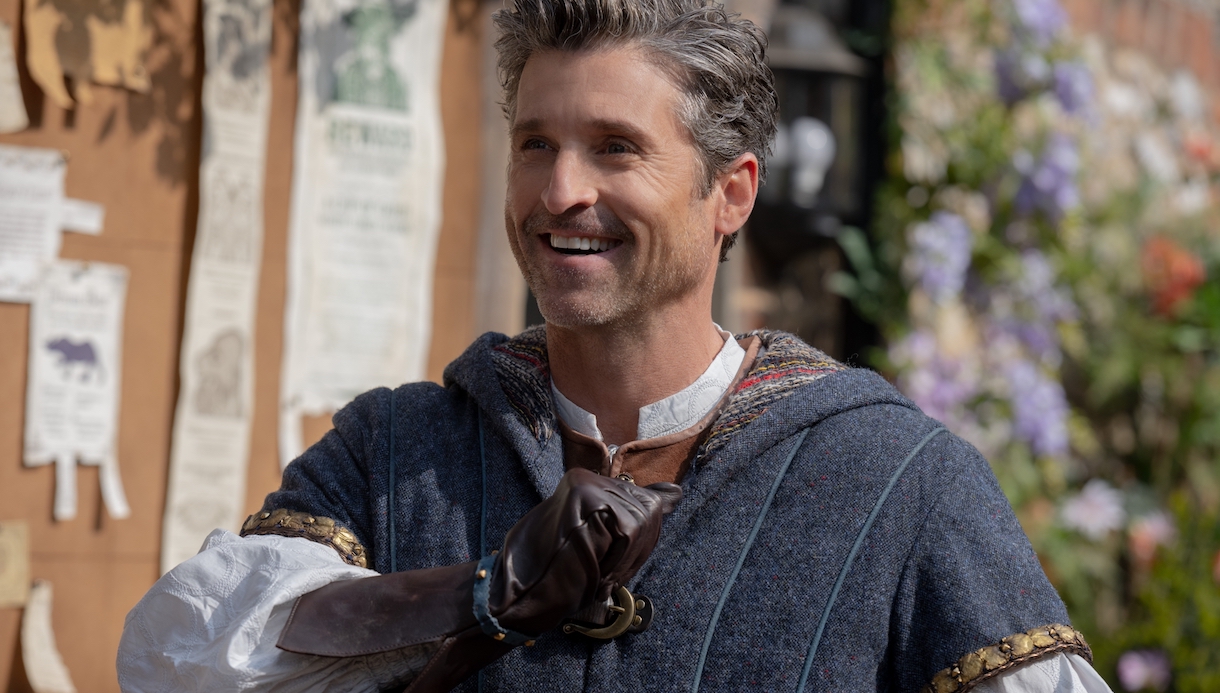 When Robert Philip returns, he’ll have a lot to balance—his first child, a newborn and a disenchanted wife, for starters. It was a lot for Dempsey to dig into, but the really daunting thing for the actor wasn’t any of the acting stuff: it was the singing.

Yup, Dempsey warms up his vocal cords for Disenchanted, and it’s a big deal because it’s the first time he’s ever done so onscreen.

“It was a joy. That whole process of finding your voice, working with the coach on that, learning the lyrics and the dance was an extraordinary experience and something I'd never done before,” he says. “It's an extraordinary feeling you get when you sing. The vibration, [there’s] something very intoxicating about it. So it's nice to get a taste of that.”

Don’t believe us? Have a look for yourself.

The soundtrack was written by an icon

Odds are if you tuned into pretty much any Disney musical ever, you’ve heard a song by Alan Menken. The musical mastermind did the music on Enchanted and he’s back to do the original songs on this film, too.

“The score kind of grows up with Giselle as she begins to adapt to this world,” he says. “In the new version, she longs for that [old] world. There's no happy ever after in our world, which, unlike an animated ending, it's a day after happy ever after, and she longs for that. So she makes this wish and that just throws us into this amazing storyline, which has all this fun in it because of what happens from that wish.”

Now was the perfect time to bring this story back 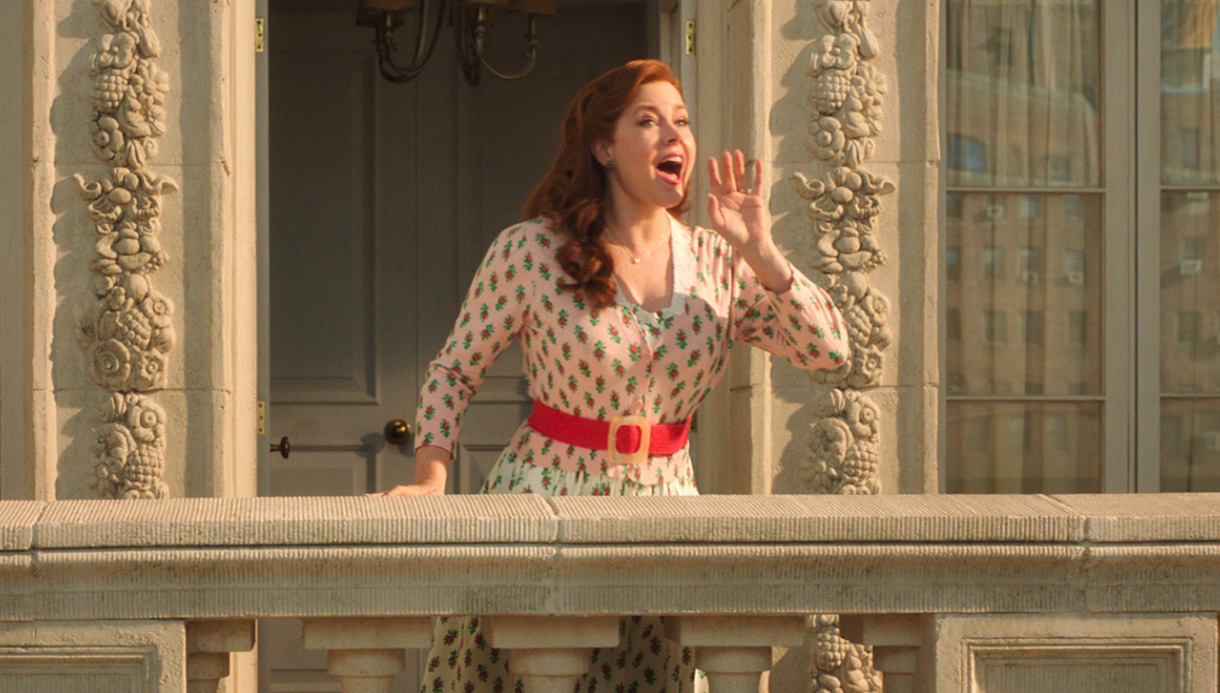 According to Adams, Giselle never really left her, so when she began having discussions to bring the character back, she just “flipped right back into it.” Through that process, she realized this is the right time to do the movie. Things have been so dark for so many people the past few years, so she felt like a reminder that life is all about those ups and downs might be helpful.

“The big thing in the movie is about accepting that happily ever after [doesn’t mean] time stops,” she says. “[That] is not how life works. To be able to move through life with the joy and the love and the support in good and bad with my friends, this group included for sure, that's happily ever after to me.”

Disenchanted debuts on Disney+ on Nov. 18.