After years of anticipation, the first of what was originally supposed to be many Game of Thrones spinoff series is finally here. (Catch up on episode one on Crave now.)

Unlike the original series, in which various families were competing for the Iron Throne, House of the Dragon hones in on the Targaryen family at the height of their power. There are dragons (17 of them!), inter-family conflicts, and a bunch of misogynistic dudes who think they know best.

It all takes place roughly 200 years before the introduction of the Westeros characters you know, love, and love to hate. Still, some of them may seem a little familiar. Read on to see which character you’ll probably jive with based on your favourite Game of Thrones lead.

Many people named their children after Daenerys, so if she was your favourite (well, before *that* final season), you’re not alone. When we meet the older version of Rhaenyra Targaryen (D’Arcy), she reminds us an awful lot of Daenerys at the height of her power. A confident woman with a strong sense of justice and honour, this version of Rhaenyra seems like a destined leader. Of course in Westeros, there are plenty of people who will likely stand in her way. 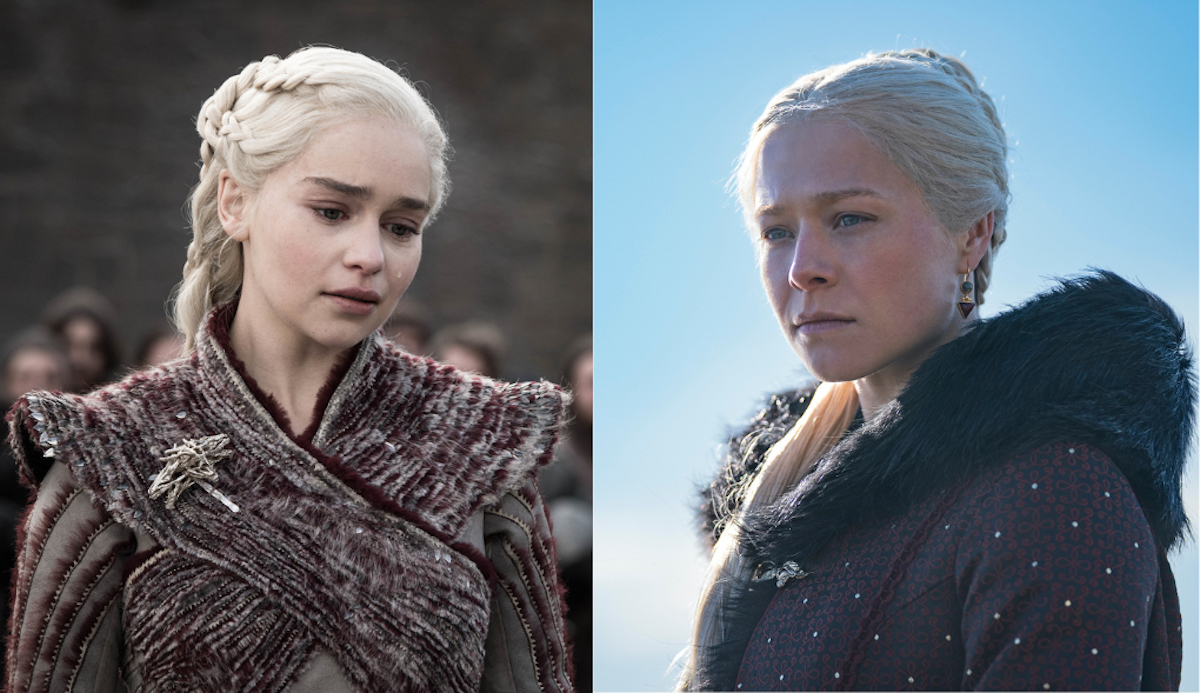 Oh Jon Snow… he was always the outsider who was just trying his best. While his character isn’t exactly mirrored in any of the new House of the Dragon characters as we know them at first, we do see a lot in common with Ser Criston Cole (Fabien Frankel). He too is an outsider trying to get in, and his sword skills also rival those of our favourite “bastard.” 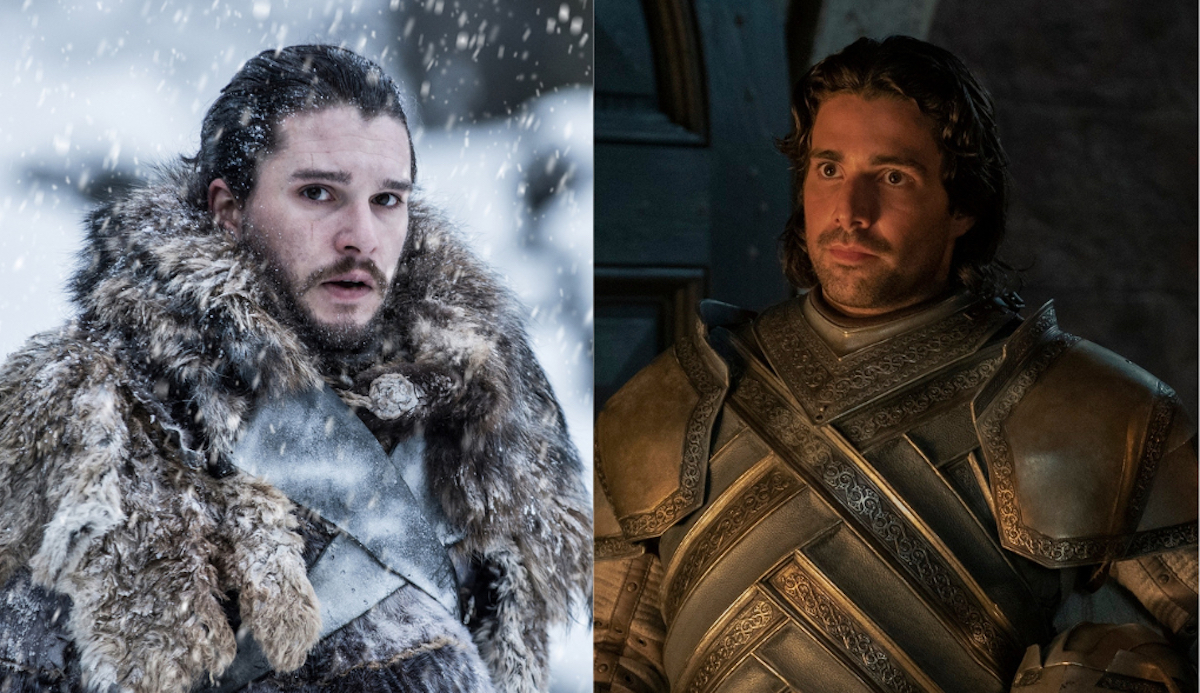 If you liked Tyrion Lannister you’ll really like Rhaenys Velaryon

Tyrion was always the smartest dude in the room and he let people know it. Had his father decided he should be the one to inherit the throne, things may have gone down quite differently. However problematically, because of his dwarfism he never stood a chance. The same could be said for “The Queen Who Never Was,” Princess Rhaenys Velaryon (Eve Best). Although she’s whip smart and the best qualified Targaryen for the job, she was passed over for that throne because… wait for it… she’s a woman. 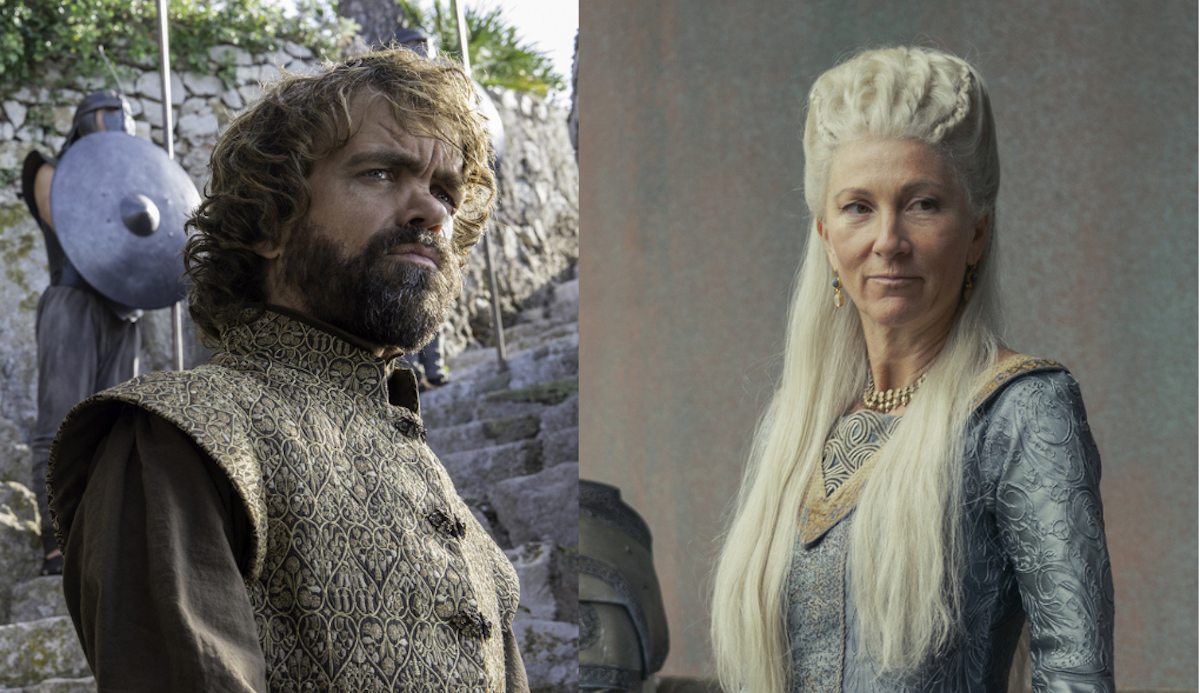 Ah Cersei, always plotting and always using others to her advantage… we loved her and hated her. After all, even though she had a hard time, she also destroyed other people’s lives. Those qualities remind us an awful lot of the older version of Alicent Hightower (Cooke), who worms her way into the Targaryen family by taking advantage of tragic circumstances. 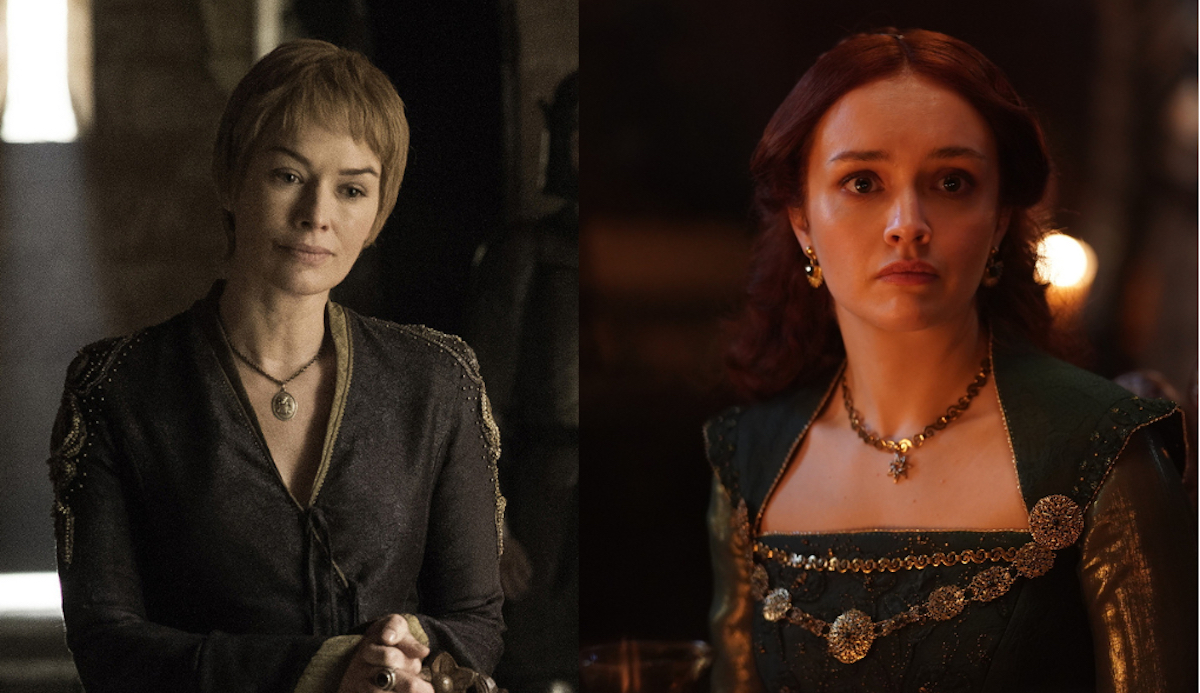 Who didn’t love Arya’s sense of adventure and desire to break the mold? Those qualities are very much present in the younger Rhaenyra (Alcock), who dreams of fleeing the Red Keep on her dragon with her bestie, Alicent, and never looking back. She’s smart and capable but a dreamer with bigger aspirations for herself than marrying and birthing babies. In other words, she has a ton in common with Arya, and we’re immediately drawn to it. 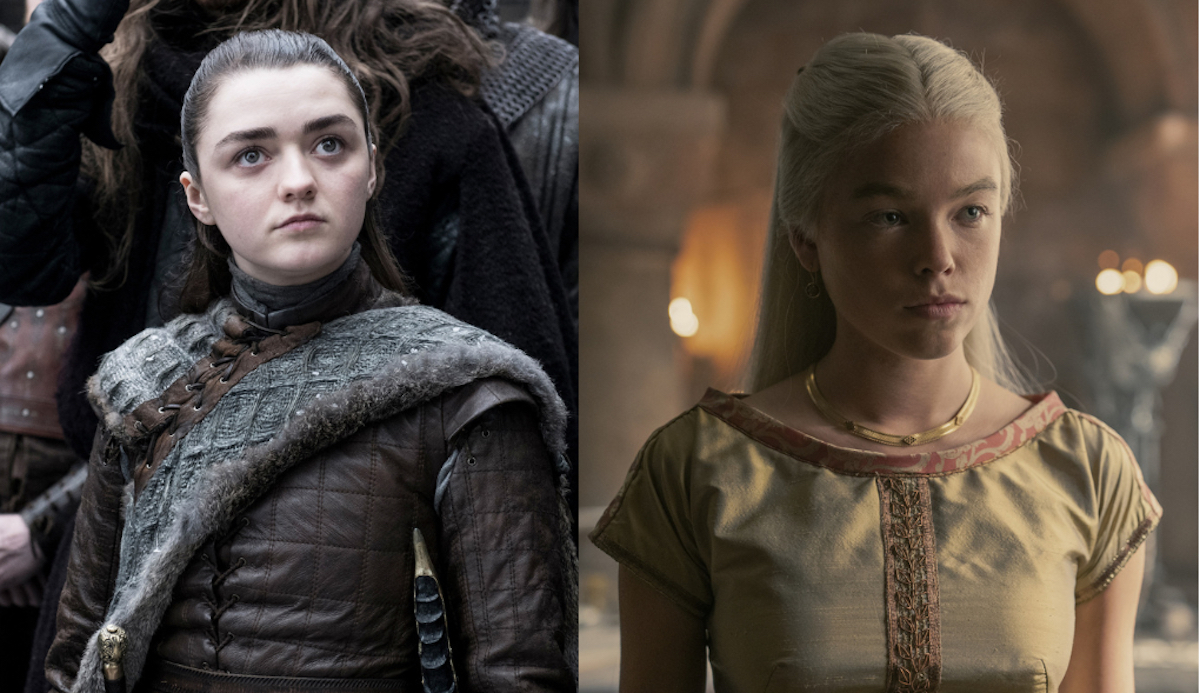 Was Jaime a good guy or a bad guy? In the eyes of many fans he was both. That duality is definitely present in Lord Corlys Velaryon (Steve Toussaint) when we meet him. The man appears to honour his family and stand by them no matter what, however he too holds his cards close to his vest and is hard to read at first. Is he on the right side, the wrong side, or his side? 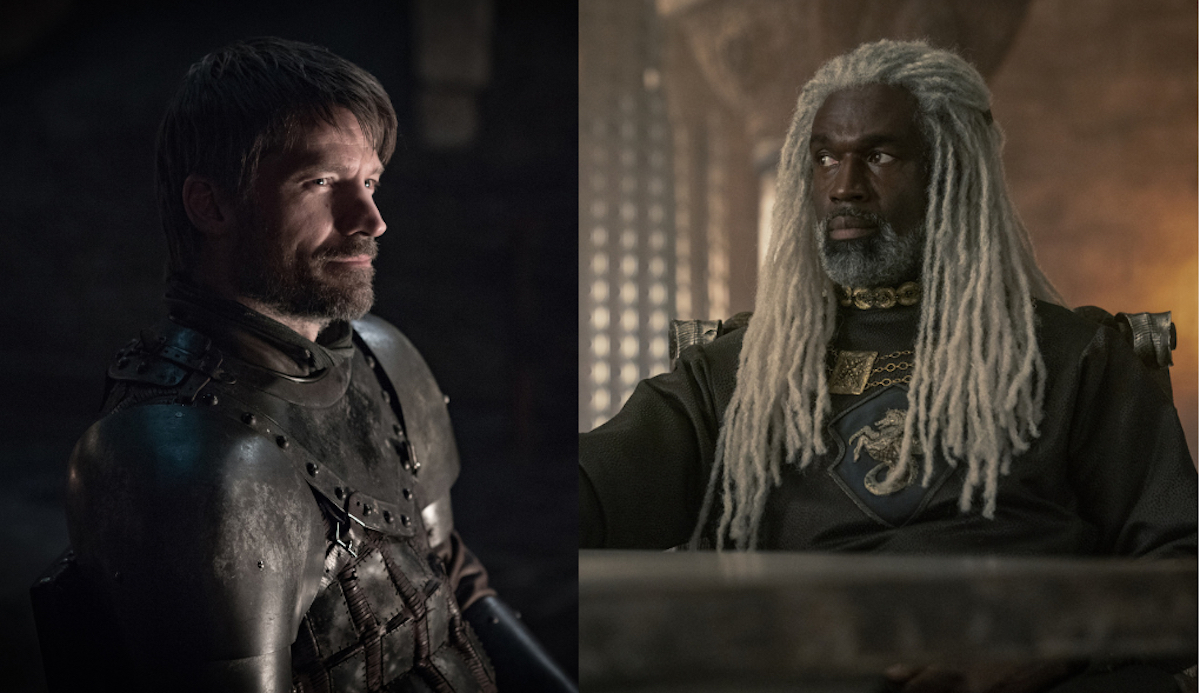 When she was younger, Sansa was all about romance and marriage. Then life intervened and she learned just how hard the world could be. The younger version of Alicent (Carey) definitely reminds us of that innocence. She longs for love and wants to find the man of her dreams. Unfortunately her family has bigger plans for her, and we have a feeling her naivity won’t be long for Westeros, either. 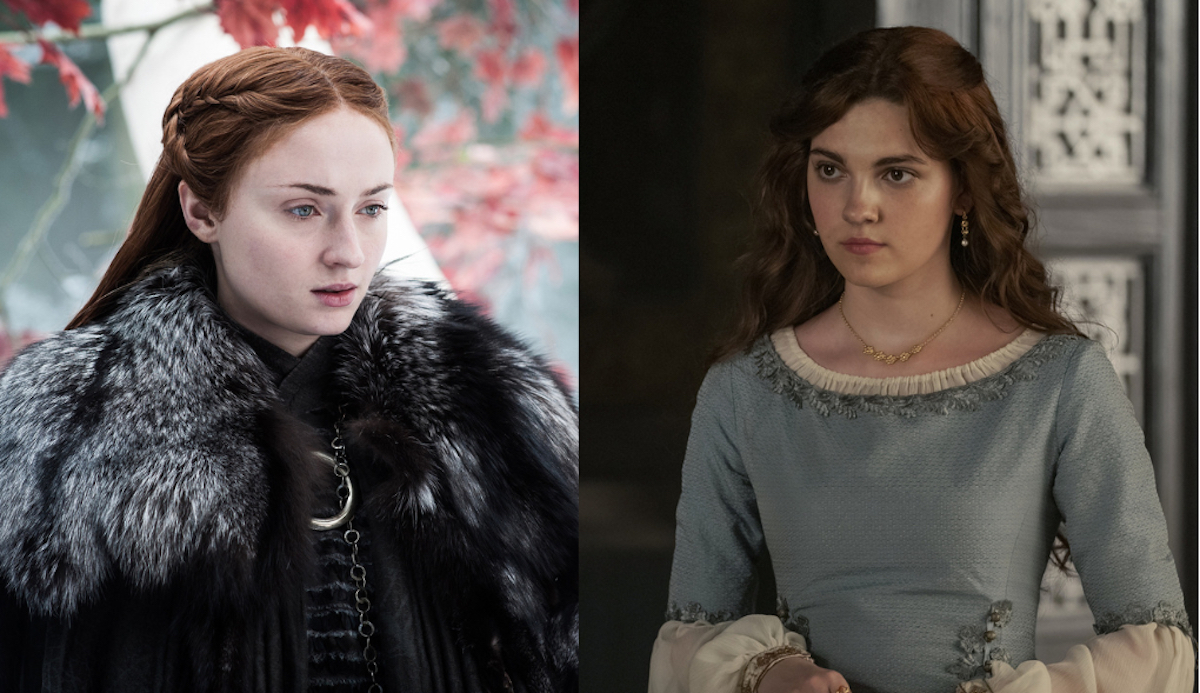 If you liked Joffrey Baratheon you’ll really like Daemon Targaryen

If you love sadistic bad boys like Joffrey who take advantage of their power and have basically been handed everything without ever discovering real purpose, we have a feeling Prince Daemon Targaryen (Matt Smith) will be your man. As the King’s brother he has certain protections regular citizens don’t, and you’re darned sure he too takes advantage of that and does whatever the heck he wants. 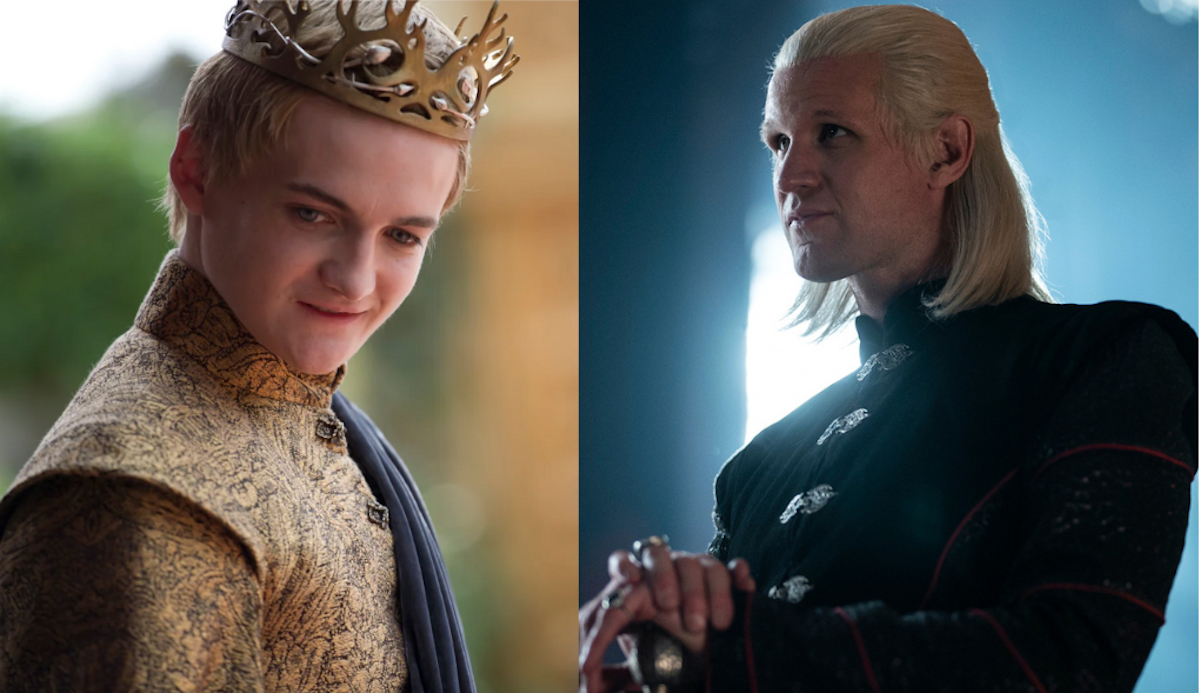 It’s no secret Littlefinger was a schemer—one who tried to bend the ear of those in power while putting his own plans in motion. Well, Otto Hightower (Rhys Ifans) seems to fit that bill. As the Hand of the King he has a lot of influence, but how he uses that influence to gain his own power within the Targaryen crew is definitely suspect. 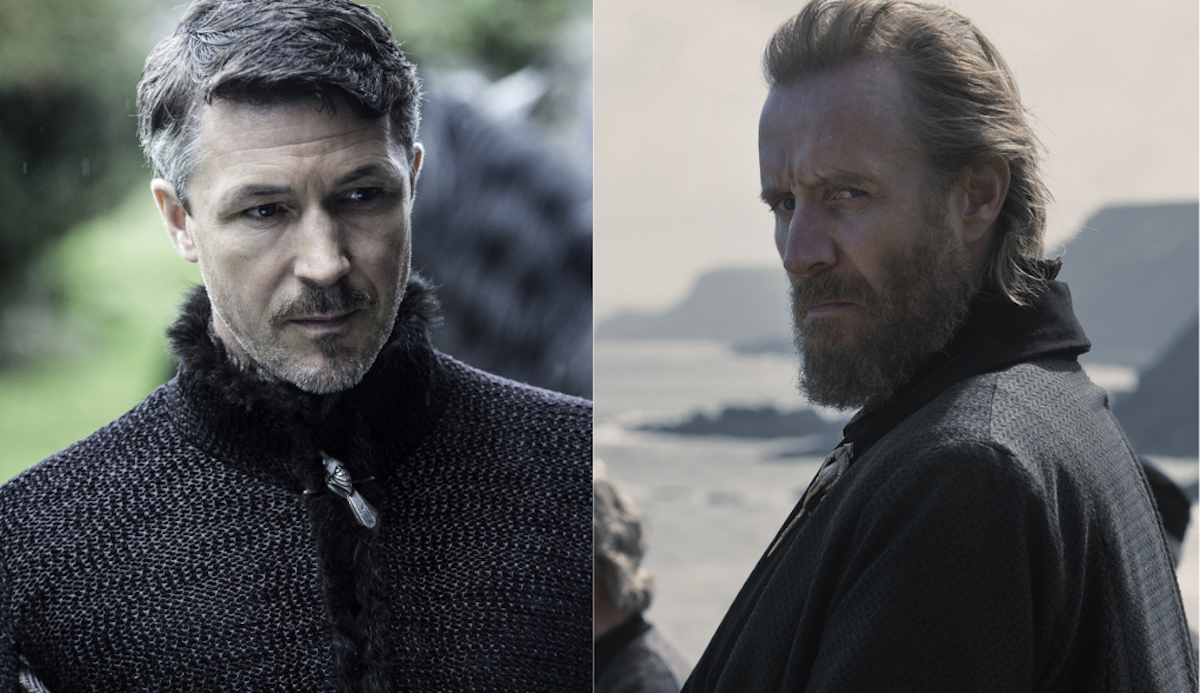 House of the Dragon airs Sundays on Crave with all episodes available on streaming the next day.