All the ‘This is Us’ characters in their first episode vs. the finale episode

How it started… and how it’s going.
by Amber Dowling
The Lede

After six seasons, 106 episodes, nearly 40 Emmy Award nominations, and dozens of boxes of tissues, This Is Us aired its series finale on Tuesday night (watch the full episode here on CTV.ca). “Us” was a quiet and understated episode that said farewell to the Pearson matriarch, Rebecca, while reminding us all about the power of love.

In the spirit of that final train ride and a funeral that was more celebratory than weepy, let’s not be sad that it’s over, but happy it happened. So squeeze your loved ones close, pour a glass of lemonade, and let’s take a look back at how it started versus how it’s going for all of the core Pearson crew members.

As Kevin noted in the penultimate episode, Jack was strangely ripped for a dad in the '90s. We’ve known how his journey ends for a few seasons now, but thanks to the power of flashbacks we’ve learned more about the Pearson patriarch as the show continued. 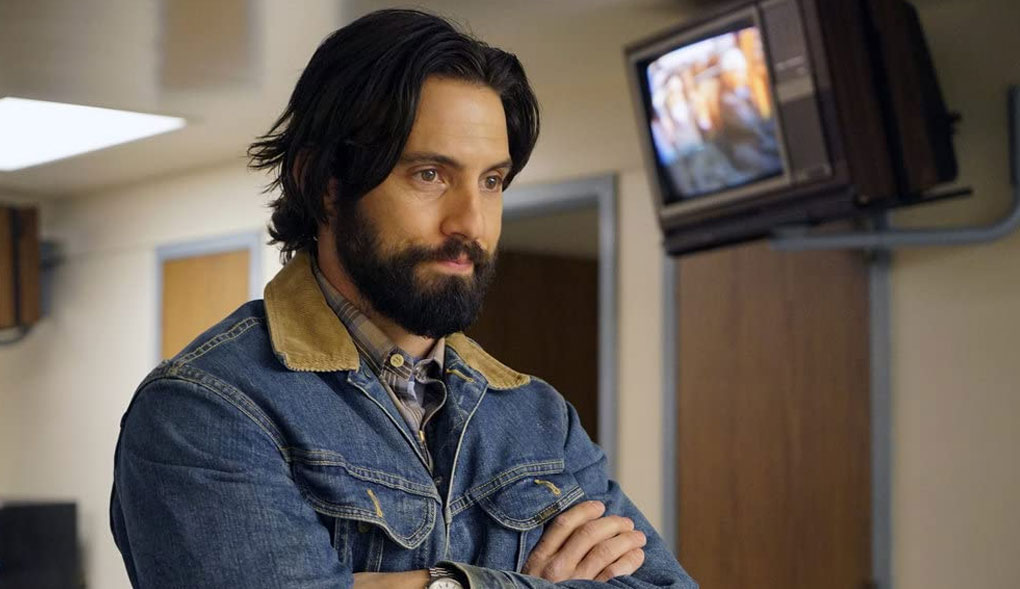 In the finale, Jack was at his best. It was just a regular old Saturday in the flashback, in which he taught his sons to shave and the family watched home videos. In the series’ final moments we saw the very essence of the character as he sat back and watched his wife and kids: this is a guy who just wanted as much time as possible with his fam. He learned to sit back and cherish being in the moment, and it’s a lesson we could all very much use. 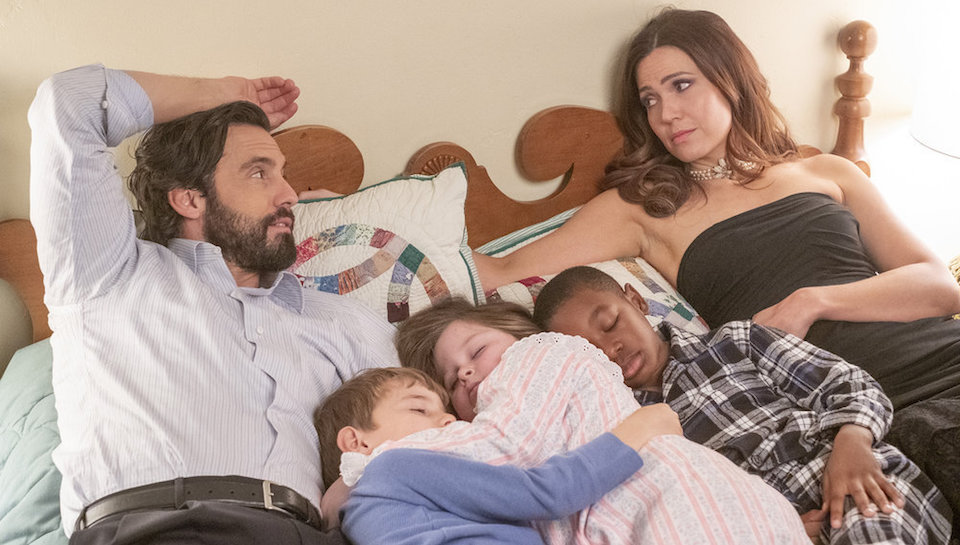 Rebecca was magic. Those were the only words we needed to see from her eulogy, as the series glossed over the Big Three’s final tributes to their mom and we journeyed back in time to one of her favourite random Saturdays instead. Sure, Rebecca made up this whole mom thing as she went, but at the end of the day she did one heck of a job. 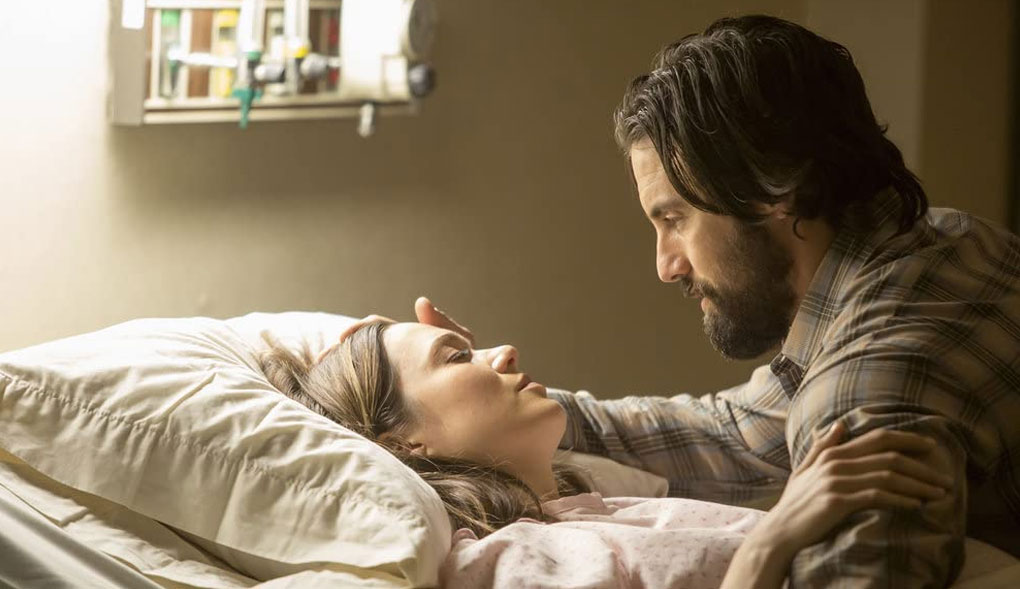 Although the character technically passed away last week, the finale focused on that Rebecca magic. In the end, she also reunited with Jack, who promised her she would be there to see her kids. Not in the creepy, watching them shower kind of way, but in a spiritual way that any of us who have lost a parent hopes that they’re still watching over us after they’re physically gone. 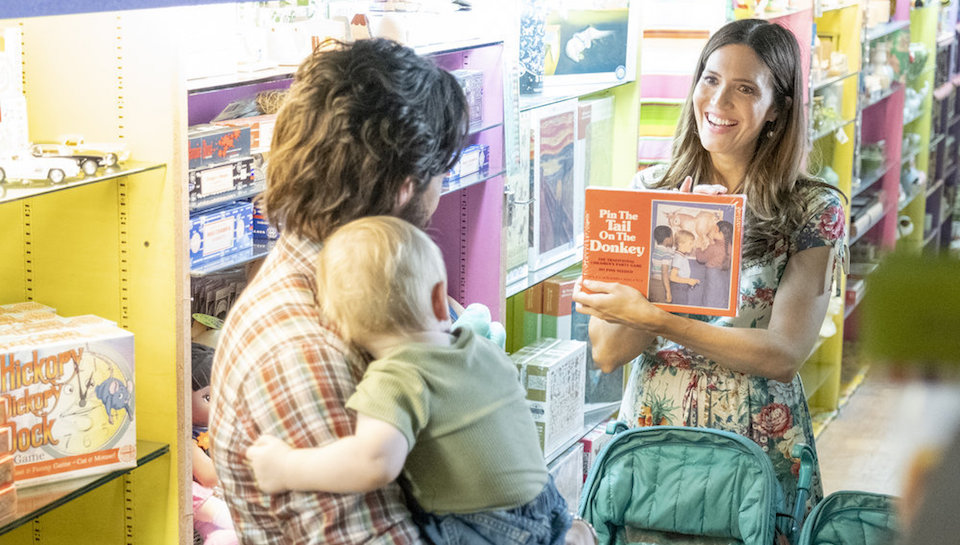 Anxiety—especially anxiety over losing parents and self-identity—has always been a big part of Randall’s character. Over the course of the show, that journey led Randall to find both his birth parents, come to terms with their fates, and lean into his own unique family and background. 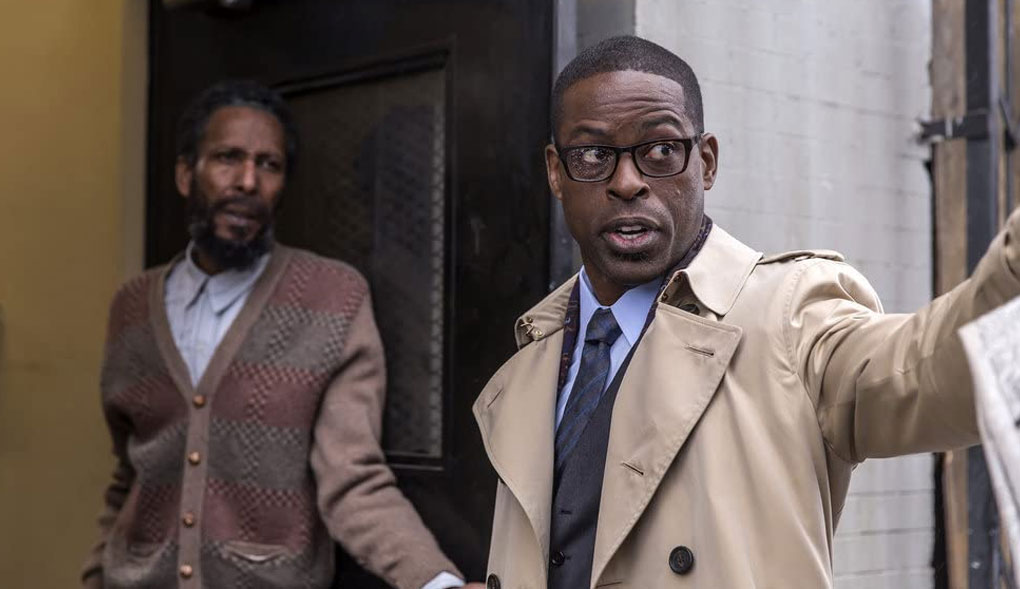 We knew he’d take Rebecca’s death the hardest, so it’s fitting that with a death comes the “dichotomy” of new life: his first grandson. Randall’s joyous celebration over learning Deja and Malik were having a boy (and that they were naming him William) is totally on-theme with the messaging at the end of this show: with each ending comes a new and potentially joyous beginning.

Oh, and Randall for President? If he can stomach those deep-fried Oreos, it certainly seems as though that’s the direction he’s headed. 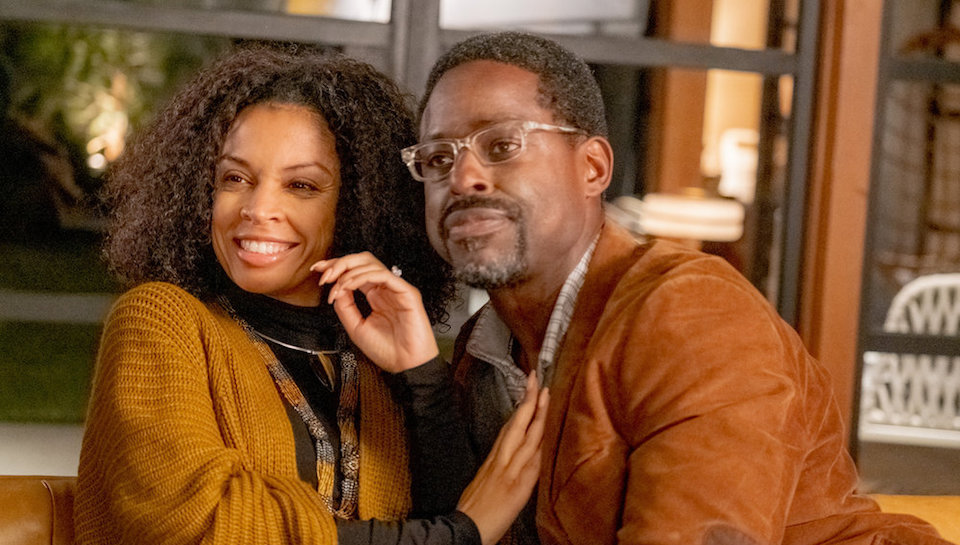 It took Kate a long time to realize her self-worth, but once she did, there was no turning back. When This Is Us first started, so much of the conversation revolved around the character’s weight and her weight loss journey. Thankfully the writers eventually ditched that problematic storyline and embraced the fact that we’re all so much more than how many pounds we carry on our body. 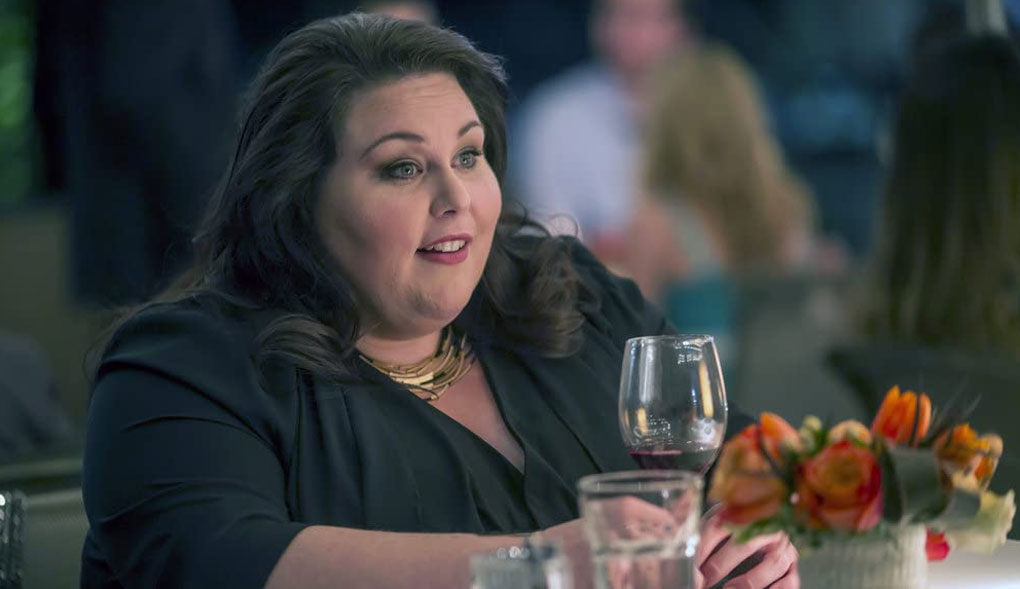 Kate used to never be able to speak up or stand up for herself. This past season she left a toxic marriage, found love with someone who truly understands her, continued to be the best mom, and learned she has a passion for teaching blind kids music. In the closing moments, she was in Europe bringing her curriculum around the world, proving she is one of the strongest Pearsons of them all. 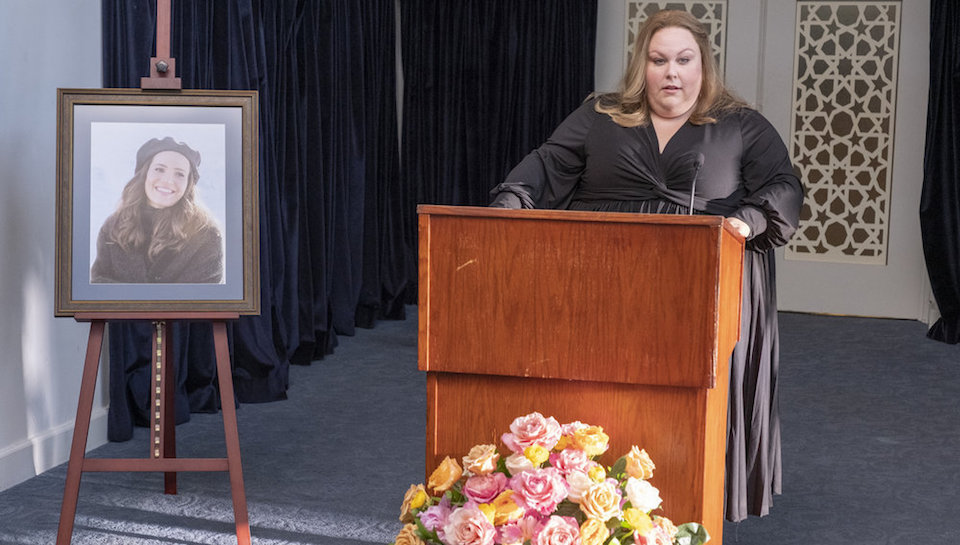 All Kevin ever wanted was an epic romance like his parents had. The problem was that he couldn’t learn to get out of his own way. In the early days, every time he achieved what he wanted, he would blow it all up. His relationship with Sophie. His cush gig on The Manny. Even his sobriety and journey with health. 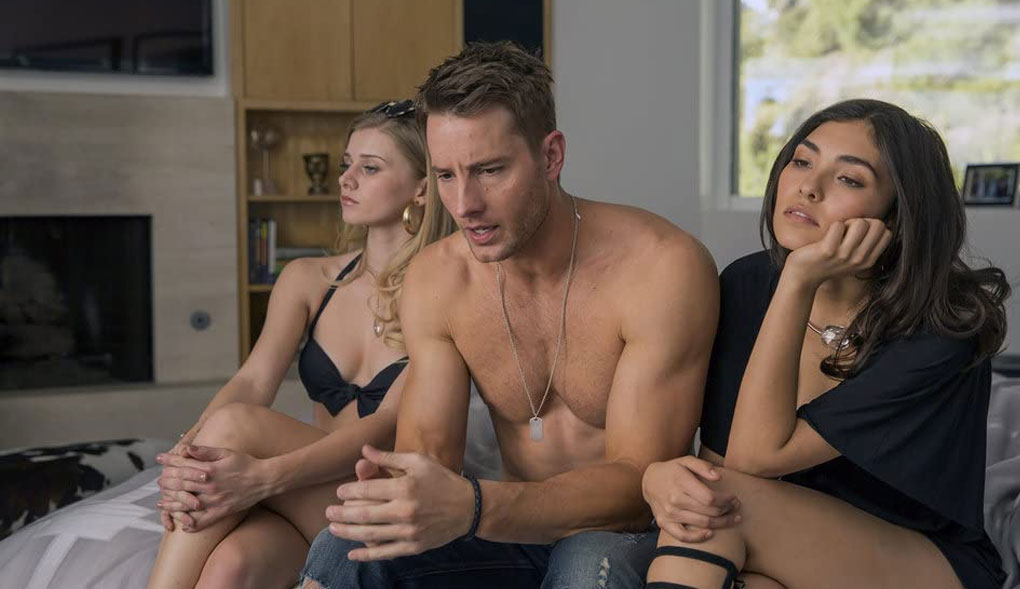 Flash forward to the final season and Kevin finally figured it out. He got the girl (Sophie), he built the house of his father’s dreams (one that became his dream), he learned how to co-parent with Madison, and he became the father his own father was to him. He realized fame and fortune don’t matter and he decided to focus on his nonprofit, all while finally enjoying the things he’s worked so hard for all these years. 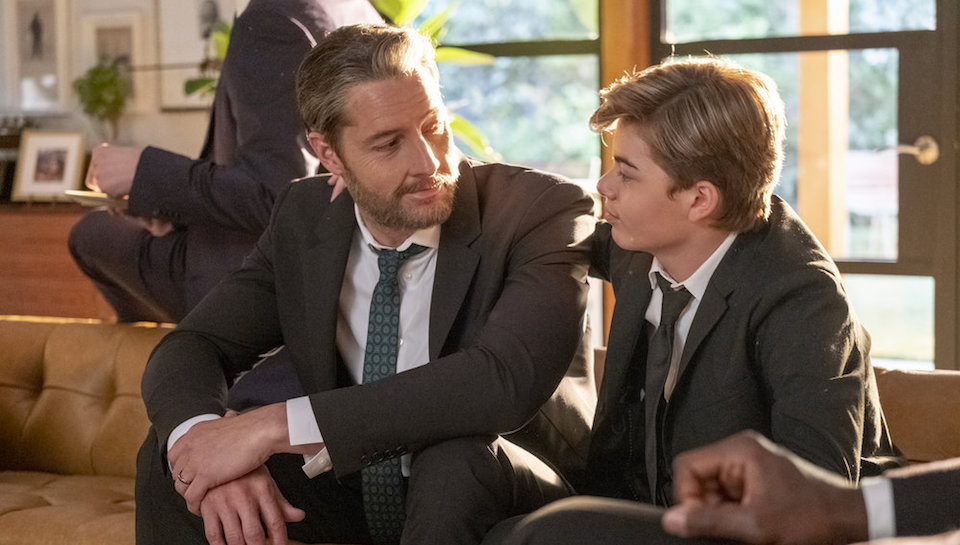 When we first saw the Big Three, they weren't the most cohesive group -- Kate and Kevin were close but Kate was basically mothering her adult twin brother most of the time and Kevin and Randall were barely speaking. Over the course of the series we saw them close-knit in childhood, blow up at each other, come back to together, then blow up again.

Your core family changes when you grow up and find your own partner, and not all siblings remain as close as they once were. After a journey that finally brought the three close together, Kate verbalized that fear in the series finale, saying her biggest nightmare is drifting from her brothers. 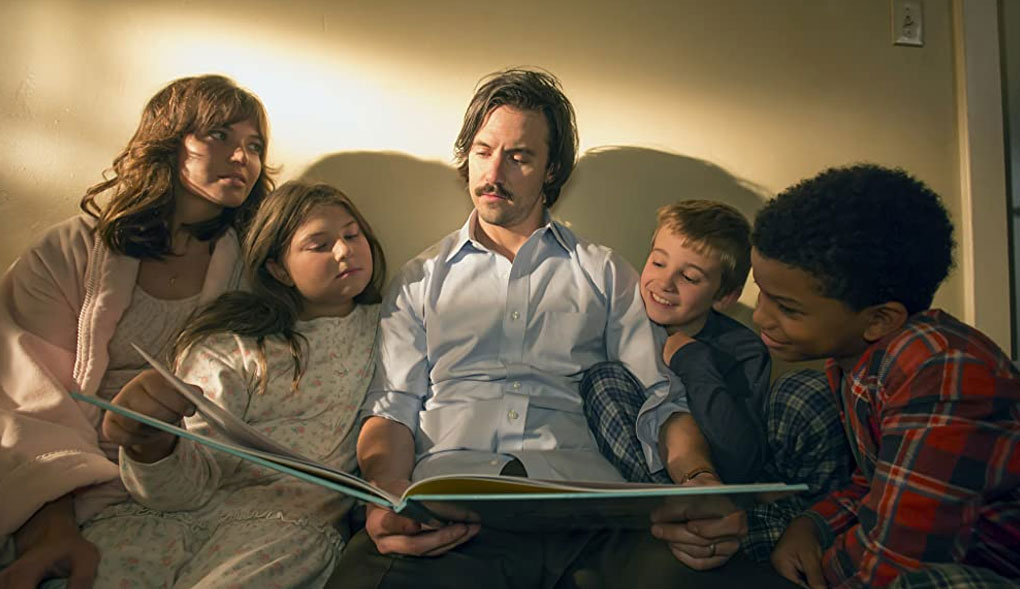 But, after all this time, there’s no drifting in the cards for The Big Three. It took six seasons and a heck of a lot of heartache, but in the end, these three managed to carve out adult relationships with one another that aren’t just the envy of family units everywhere, but that even has its own catchphrase. 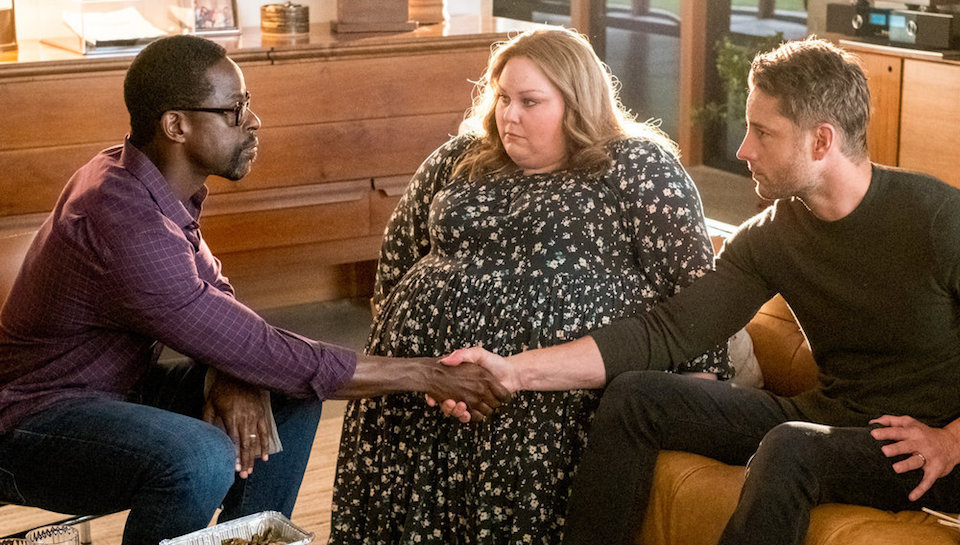 Stream the series finale of This Is Us now on CTV.ca and the CTV app.