We love him, but maybe a Flowbee at-home haircut is in order?
Christine Estima
Instagram/@ncentineo

To All The Boys I’ve Loved Before star Noah Centineo may be a talented actor, but is he a man of many talents? Can he, oh I don’t know… round house kick a vase? Say the alphabet backwards? Floss (the dance not the dental practice)? Do a hand stand? The people need answers!

Luckily, on the eve of the release of To All The Boys: Always and Forever, the third instalment of the To All The Boys trilogy, Noah was on hand at The Late Late Show with James Corden (weekdays at 12:30aET on CTV) to play a little game of Noah Centi-yay-no. Ohh, we see what they did there. That’s what we’ll call him from now on.

The game is simple: Noah is given a set of tasks, and (since James has no audience these days) the Late Late Show crew has to guess if he’ll succeed with “yay” or “no” paddles. James does enjoy his little tortures.

“You feeling confident about this Noah?” James asked.

Did we enjoy seeing Noah perform a 10-second hand stand, his sweatshirt falling down his torso? Yes. Did we also enjoy seeing him fumble on the alphabet? Also yes. But of course, the best is always saved for last. Noah had to run an elaborate obstacle course through the wings, backstage, and green room to retrieve James’ pencil, and make it back in 60 seconds.

Did he make it back in 60 seconds? Yes. Was he holding a pencil? No! It looks like a business card holder! But neither James or the crew seemed to notice, because he slayed that obstacle course and it wowed everyone on hand. “That was so fast!” James gushed as they went to commercial. “That was crazy!”

But can we just talk about his hair for a second? Look Noah, we all have had bad hair for the past year due to the pandemic, and we get that not everyone has a Gwen Stefani on hand to cut their hair for them, but if you need to give yourself a quaran-cut, we would support you. That shaggy mop you’re sporting could hold our car keys.

This must be a recent thing, because in the trailer for To All The Boys: Always and Forever, his hair is at handsome Peter Kavinsky standards. We can’t wait to snuggle up on the couch tomorrow and watch the full movie just in time for Valentine’s Day.

Watch The Late Late Show with James Corden weekdays at 12:30 on CTV.

BEFORE YOU GO: ‘Emily in Paris’ writer agrees the Globes snubbed ‘I May Destroy You’ 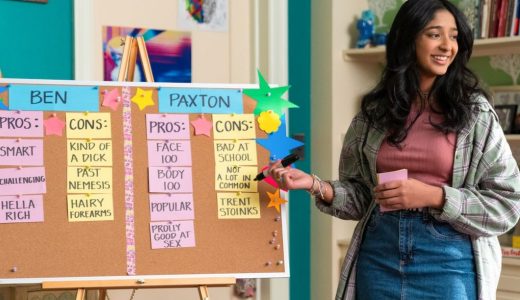 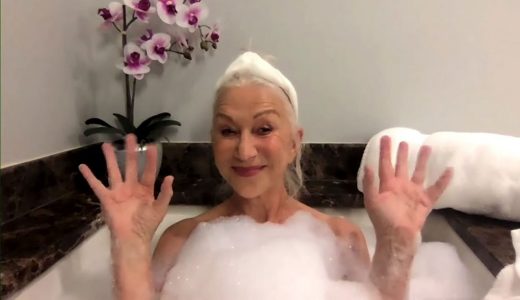