When we say we got chills…
by Christine Estima

Lil Nas X broke into stardom a few years ago with his country-infused rap “Old Town Road” featuring Billy Ray Cyrus, and on his latest album Montero, he duets with Cyrus’ daughter, the one and only Miley. So of course it stands to reason that LNX would continue the country theme by covering one of the most iconic tunes sung by Miley’s effervescent and forever-young god-mother, Dolly Parton.

On Tuesday, LNX performed at the BBC Radio One Live Lounge and did a slow, maudlin, cover of “Jolene,” giving off major Leonard Cohen vibes. With a butterfly on his necklace and on his microphone (to match the butterfly in his Twitter handle), he turned her peppy country song from *checks notes* 47 years ago into a timeless, modern lament about a 20-year-old in a love triangle.

"I chose this because I feel like this song is kind of like beautifully sad, you know? I like the little country twang, so I was like, 'Let me try this out,'" Lil Nas X (real name Montero Lamar Hill) said during the session.

We thought Miley Cyrus was the queen of covers but there’s a new queen on the old town road. Twitter is veritably going bonkers over the cover.

The Live Lounge session also included performances of his new songs off his debut LP, included the title track “Montero (Call Me By Your Name),” “That’s What I Want,” and “Dead Right Now.” Between songs, he spoke about his dream collabs with fellow artists like Rihanna and Lizzo (the latter of which, he seemed to hint, might actually be in the works).

He also shared his thoughts on being a prominent, out and proud LGBTQ+ music icon. “It feels great, but I guess I take everything with a grain of salt,” he said. “Still, I'm thankful that people see me as an inspiration like that. I try not to start living my life by that, like living my life by making sure that people continue to see me as an inspiration."

He’s also inspiring his fellow artists, because the accompanying post on his official Instagram drew comments from, yes, you guessed it, Miley, who gushed, “When legends cover legends! 1st Dolly Parton?! And now YOU’RE covering me ?!?!?! ❤️💕❤️💕❤️ #DontLeaveYourKidsWithMiley”

So far, the queen of country, Dolly Parton, hasn’t commented publicly on the cover, but we know his version should definitely make her proud.

BEFORE YOU GO: Kathryn Hahn will play Joan Rivers in a new series 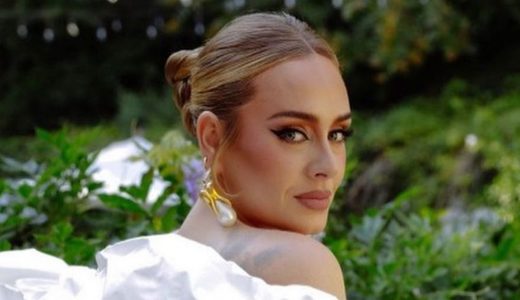