Lizzo’s speech, Legend’s dedication, and (drumroll please) En Vogue.
Like every award ceremony that’s gone down since the onset of the pandemic, this year’s Billboard Music Awards looked different from any that have come before. But it also looked familiar — Kelly Clarkson returned to her role as host while doing double duty as a performer alongside Alicia Keys, Brandy, Sia, Demi Lovato (that new single is… whoa), Bad Bunny, K-Pop legends BTS (if there was ever a year where you could go from niche stardom to worldwide legend status, it’s 2020), and more. The fashion was as epic as ever and the artistry was dialed up to 11. Here are the moments we won’t be forgetting anytime soon. 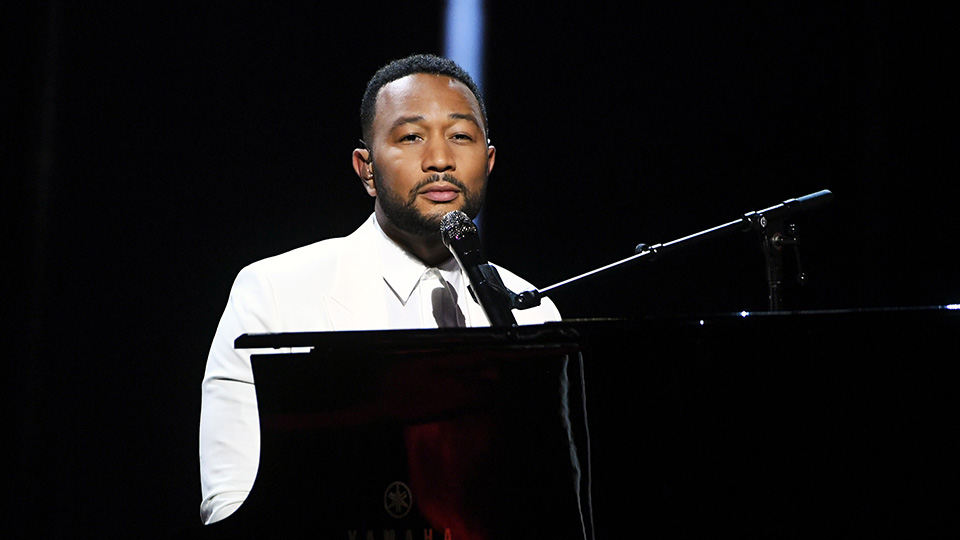 Less than two weeks after Chrissy Teigen revealed she lost a pregnancy in a heartbreaking Instagram post, husband John Legend dedicated his BBMAs performance of his anthemic love song, "Never Break" to his wife: "This is for Chrissy." Legend promised “we will never break,” bringing most (okay, all) of us to tears.

In the era of weird, audience-less award ceremonies, the silence can be deafening (and super awkward). Enter: host Kelly Clarkson’s applause machine, tuned up for adoration, congratulations, and boos (for whenever COVID got a mention). Clarkson had the hardest job of the night, but she kept the energy and enthusiasm going.[video_embed id='-1'][/video_embed]

When Swae took the stage about a third of the way through Kane Brown’s performance of ‘Be Like That’, it was the rapper’s microphone that stole the show. Was that a jewel-encrusted rose? And where can we get one? Our Karaoke game is about to level up. 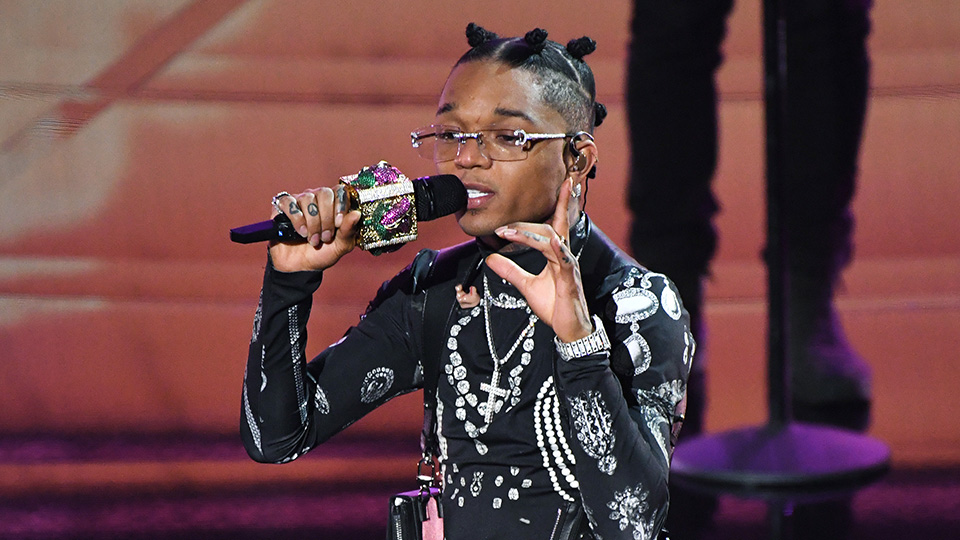 Just because there’s no red carpet doesn’t mean that the world’s biggest music stars are about to show up in their pyjamas (although we’d completely understand if they did). Instead, Top Hot 100 song award winner Lil Nas X accepted his trophy for ‘Old Town Road’ in a snakeskin suit that referenced the style icons who came before him.[video_embed id='-1'][/video_embed]

For her rendition of her hit ‘Love Looks Better’ Keys brought out two dancers who moved like magic — while masked and maintaining their distance. If they can do it, so can Walmart shoppers. 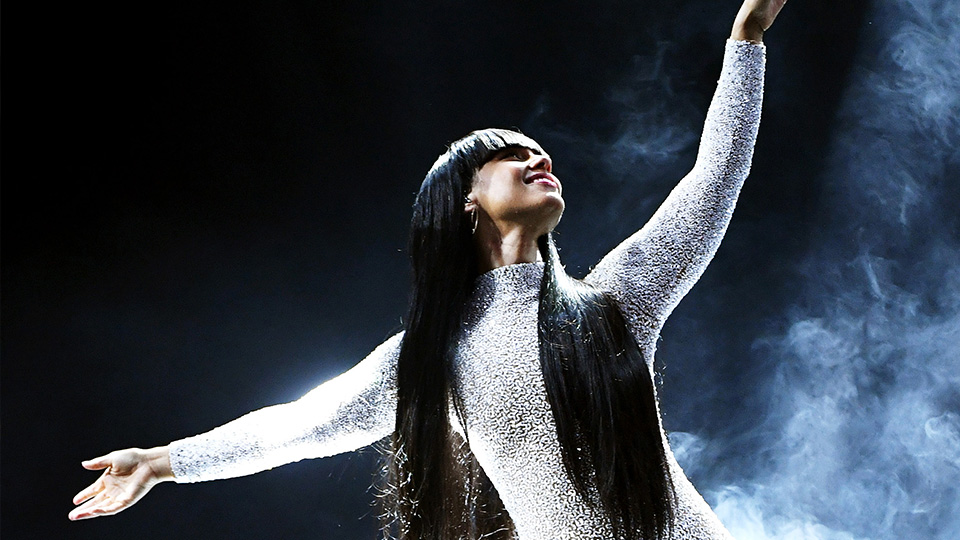 Has anyone figured out what Sia’s performance face looks like yet?

Clad in a black mini dress with the word “Vote” emblazoned all over it, Lizzo accepted her Top Radio Songs Artist award from the iconic Shelia E. After thanking the usual list of subjects, Lizzo, who said she’d been thinking about the concept of suppression lately, asked, “Would I be standing here right now if it weren’t for the big Black women who refused to have their voices be suppressed? When people try to suppress something it’s because that thing has power… Use your power, use your voice and refuse to be suppressed,” she told her fans. “Remain true to who you are.”[video_embed id='-1'][/video_embed]

Brandy’s take on being crazy in love

In an outfit that evoked a straight jacket, Brandy sang ‘Borderline’ before transitioning into a new single ‘No Tomorrow’. Then she flipped it back to the ‘90s with a verse or two from ‘Almost Doesn’t Count’ — can you say emotional roller coaster?

Also: how to do team dressing like true professionals.

"Cause I-I-I'm in the stars tonight... so watch @BTS_twt bring the fire and set the night alight! #BTSxBBMAs pic.twitter.com/RQtUkNe5PL

Atlanta’s mayor Keisha Lance Bottoms had the honour of presenting Run The Jewels’ Killer Mike with the very first Change Maker Award for the political, social, and economic contributions he’s made to his community. Mike thanked all those who taught and encouraged him and it turn told his young fans, "What you do is worthy. You are artists and your goal should be to express the very reality around you in the very most beautiful or ugliest of ways that you see fit."[video_embed id='-1'][/video_embed]

Cher (that’s it, that’s the moment)

It was icon versus icon when Cher took the stage to honour Garth Brooks’ decades-long country music career with the 2020 Icon Award. 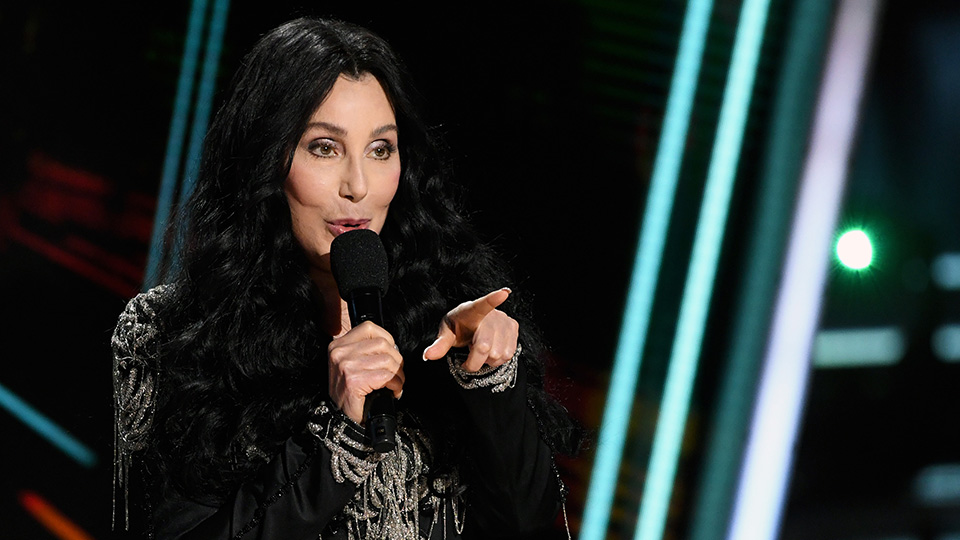 Lovato’s ‘Commander in Chief’ calls out the sitting U.S. president for his massive failings and promises that she and her like-minded fans won't give up the fight against the injustices he’s responsible for.[video_embed id='2056250'][/video_embed]

En Vogue coming back to us precisely when we needed them

For the evening’s Billboard Music Awards Throwback moment, the women of En Vogue gave us a note-perfect rendition of their ‘90s hit ‘Free Your Mind’ which, as Kelly Clarkson pointed out, is as impactful today as it was when the song first came out. Dressed in black leather and backed by a band rocking (literally) ‘Vote’ bandanas, En Vogue closed off the night with arguably the best performance of the awards ceremony. Go ahead, @ us.