The 9 Can-Con standouts at this year's TIFF

There’s some serious Canadian content at this year’s Toronto International Film Festival including a pair of music documentaries (Oscar Peterson: Black + White and Triumph: Rock and Roll Machine) some big galas (Night Raiders, The Survivor), a little movie from Canadian director Denis Villeneuve called Dune (heard of it?). In addition to those standouts, there are other, under-the-radar projects with major Canadian contributions. Here are nine to add to your must-watch list: 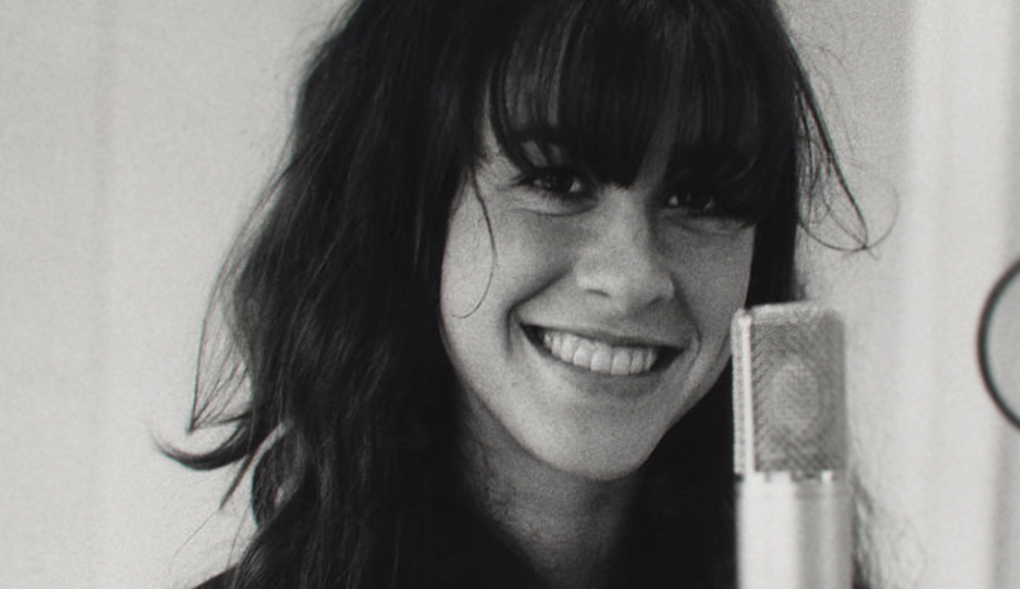 Get ready to have your head populated by Alanis Morissette songs for the next few weeks after seeing this thoughtful documentary about the Canadian singer (and one-time star of You Can’t Do That On Television). Director Alison Klayman takes audiences back to the beginning of Morisette’s career from her early pop roots to her meteoric success as a female indie rock pioneer who blazed a difficult trail for other women in the industry.

2. All My Puny Sorrows 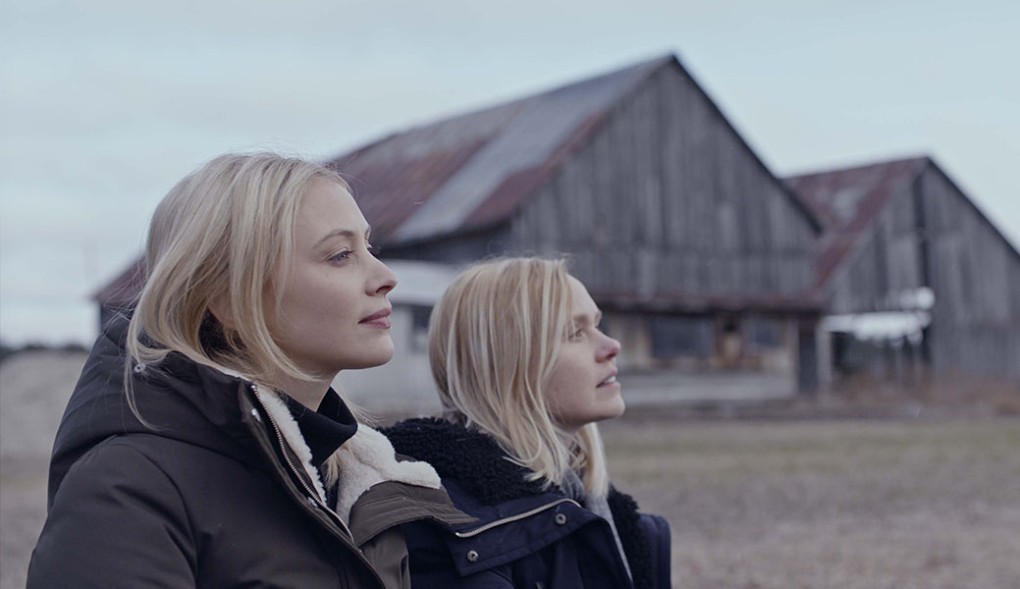 Based on a novel by Canadian writer Miriam Toews, All My Puny Sorrows stars Sarah Gadon and Alison Pill and is directed by Michael McGowan making it a contender for the TIFF film with the strongest Canadian contingent. Gadon and Pill play sisters in a family that has been cast out of the Mennonite community for a multitude of reasons but centering on a tragedy involving their father. It’s a beautiful adaptation of an equally beautiful novel. 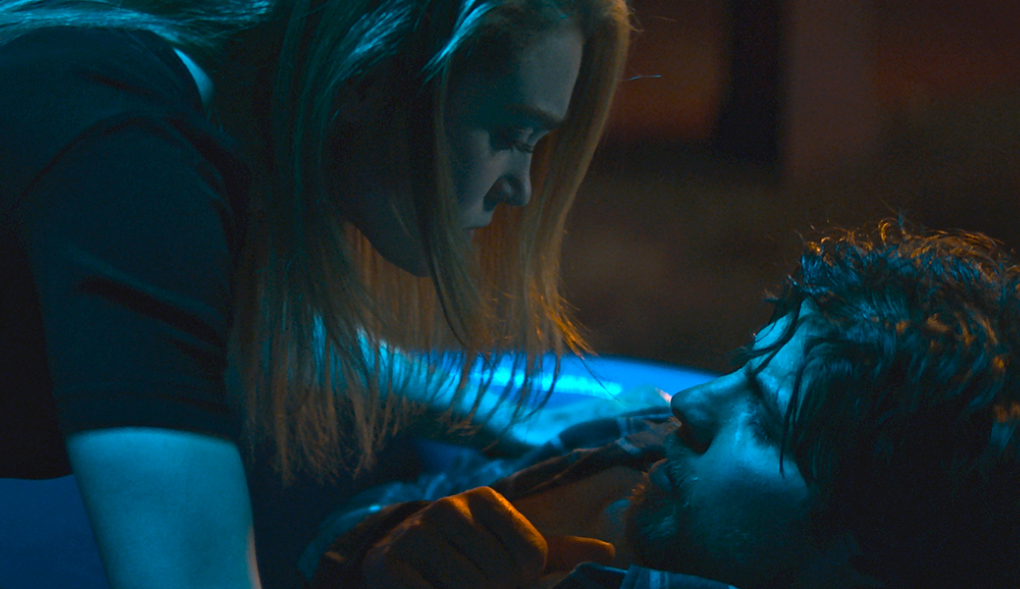 And now for something a little different. Kicking Blood is a vampire flick from Saskatchewan-born director Blaine Thurier (former member of the band The New Pornographers) that features a blood-sucking protagonist disillusioned with her eternal life. The vampires she knows are less “glamorous-sophisticate” and more “hipster-grifter.” It’s humans who she finds more interesting. Just when we thought there wasn’t a new way to tell a vampire story, Thurier proves us wrong with his stylish, modern take on the genre. 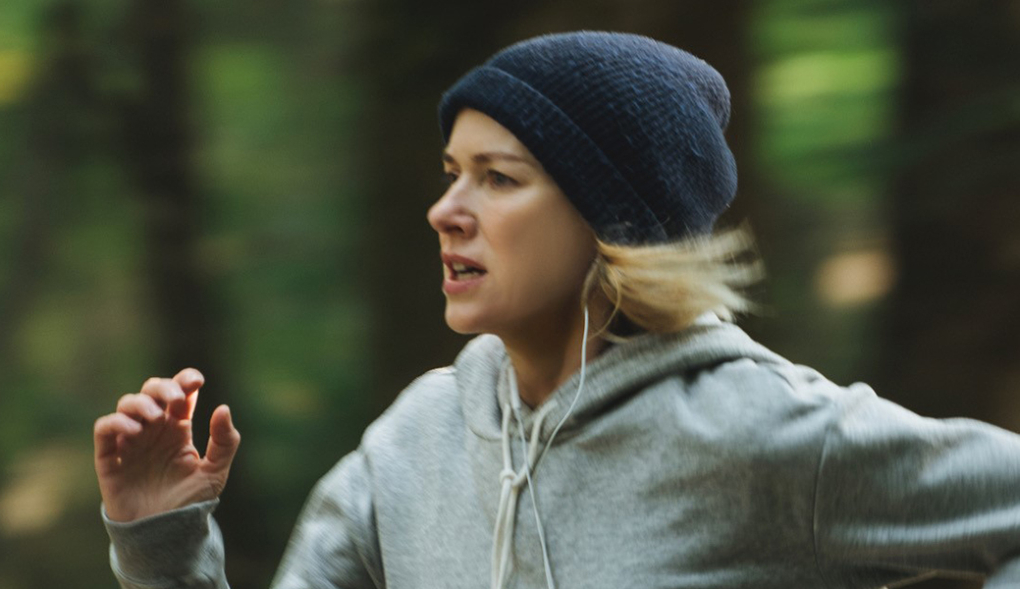 This taught Canadian thriller was the reason that British actor Naomi Watts spent much of the pandemic in Canada. The movie was shot in North Bay, Ontario which stood in for small-town USA in a story about a phenomenon all-too common in that country: a school shooting. Watts carries the film which is structured almost like a one-woman show as her character fights to keep her son from harm. The real-time storyline adds to the tension, resulting in a movie that will keep audiences completely engaged and on edge.

5. Wochiigii lo: End of The Peace 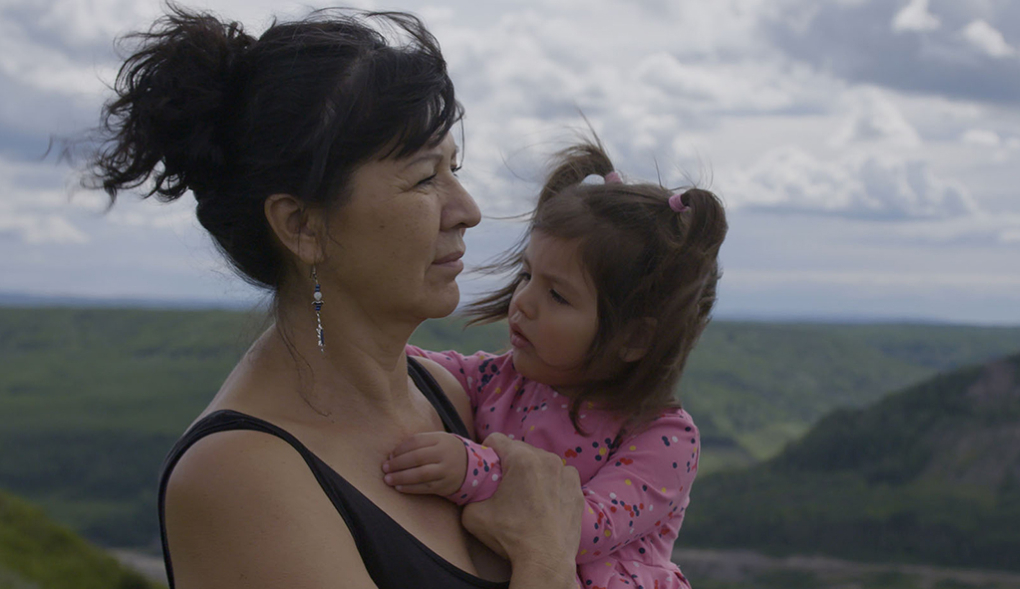 Vancouver documentarian Heath Hatch devoted five years of work to this, her first feature, telling the story of the Site C Hydro Dam project — a controversy that gets little attention outside the province of British Columbia. Overshadowed by the issue of oil pipelines, the Site C project will also wreak environmental and social havoc in and near the Indigenous communities that surround the Peace River, one of the longest river systems on the planet. There are, however, activists and local heroes who’ve been standing up for their communities in the face of this potential devastation. Hatch tells their stories in a way that is both moving and igniting. 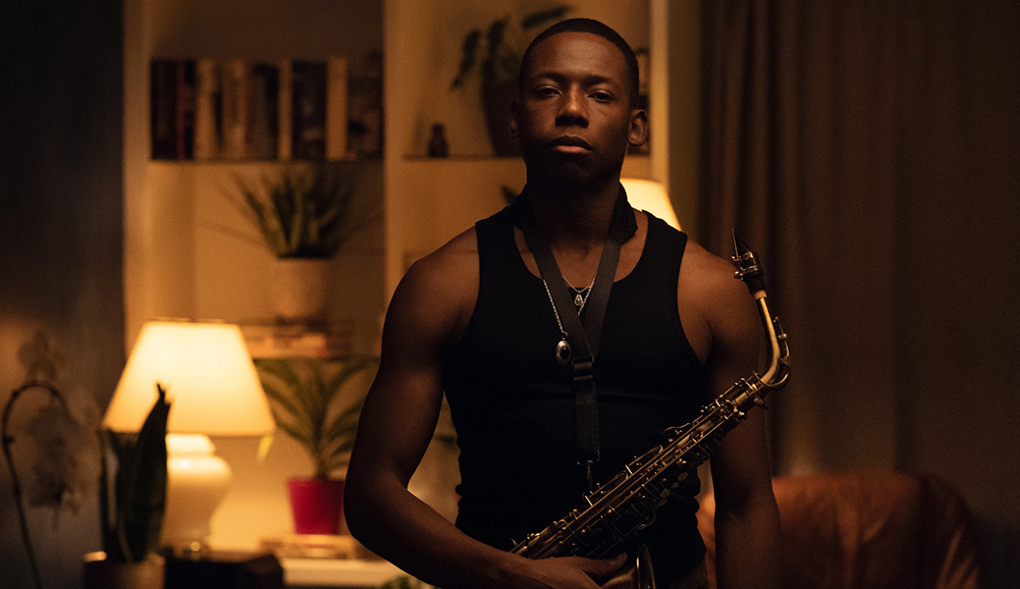 Romance, jazz music, and life getting in the way of both are at the centre of this movie from Toronto’s own Thyrone Tommy. The writer/director employs music to anchor his film, using a score of songs written specifically for the project to tell the story of his two leads. It’s how the pair communicates with each other and it’s how we, as the audience, understand them, too. Dezi and Selma’s love story is laid out with such skill it’s almost surprising to realize that Learn To Swim is Tommy’s full-length feature debut. 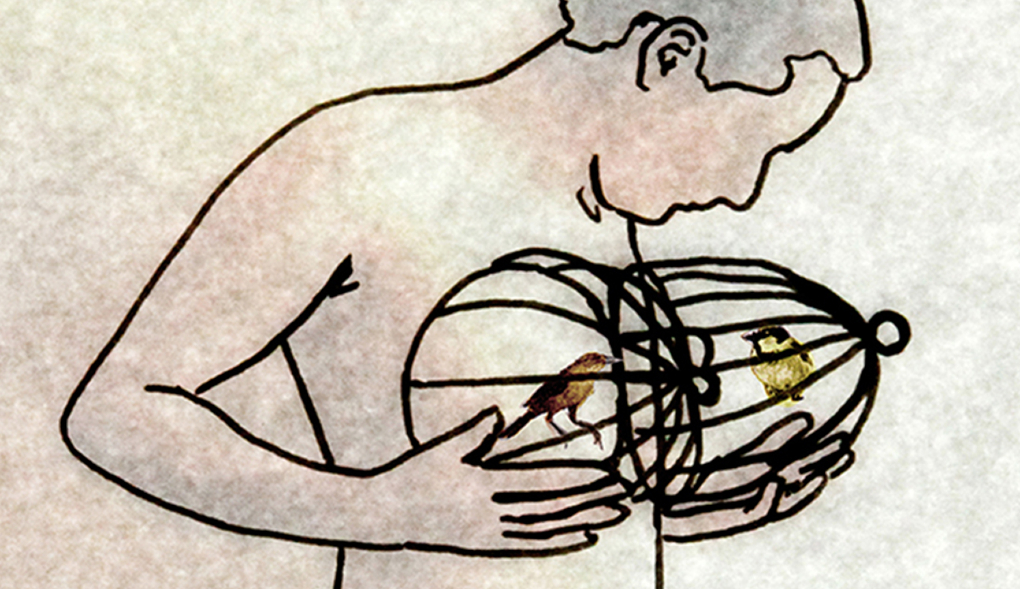 Marie Valade’s short-but-sweet animated film has a run time of only eight minutes (it screens as part of Short Cuts Program 05) but manages to tell an outsized story about its creator’s relationship to her body and to femininity in general. Using beautiful animation and muted colours, Boobs or Lolos as it's known by its French title, cycles through curiosity to ambivalence to a kind of acceptance throughout the course of its brief storyline. Bonus: it’s beyond gorgeous to look at. 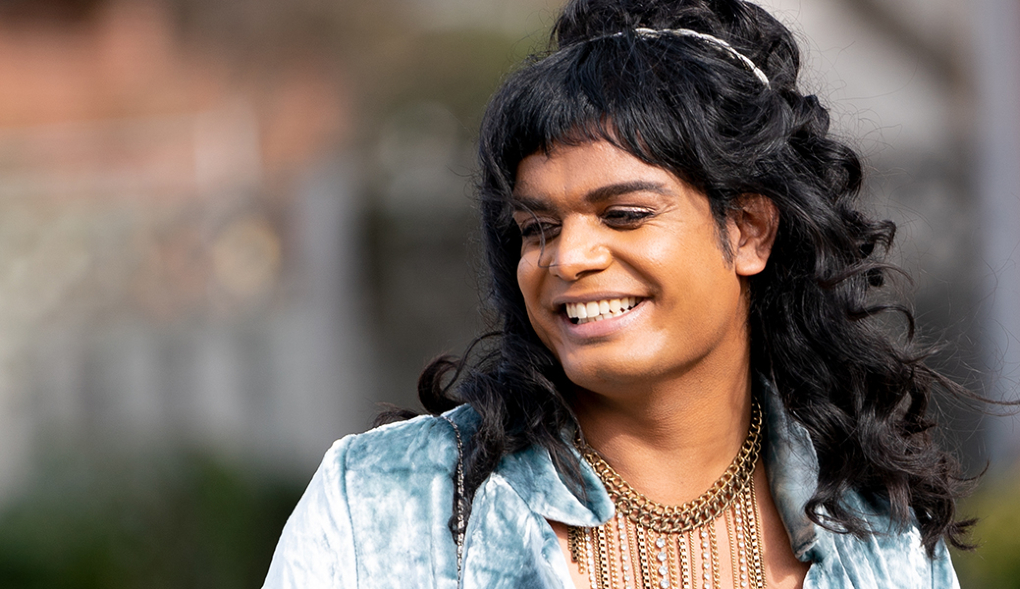 Sort Of comes to audiences as part of TIFF’s Primetime program, celebrating television series standouts and giving viewers a chance to sample an episode or two ahead of their release (and sometimes on the big screen). The creative team of Bilal Baig (who is behind the show’s concept and also stars) and Fab Filippo (creator/director) present the story of a gender-fluid caregiver (Baig) presented with a tough decision when it comes to their job, their dreams, and new crisis that affects both. It’s warm, funny, and generous in its telling and will strike a chord with everyone who’s felt torn between two worlds. 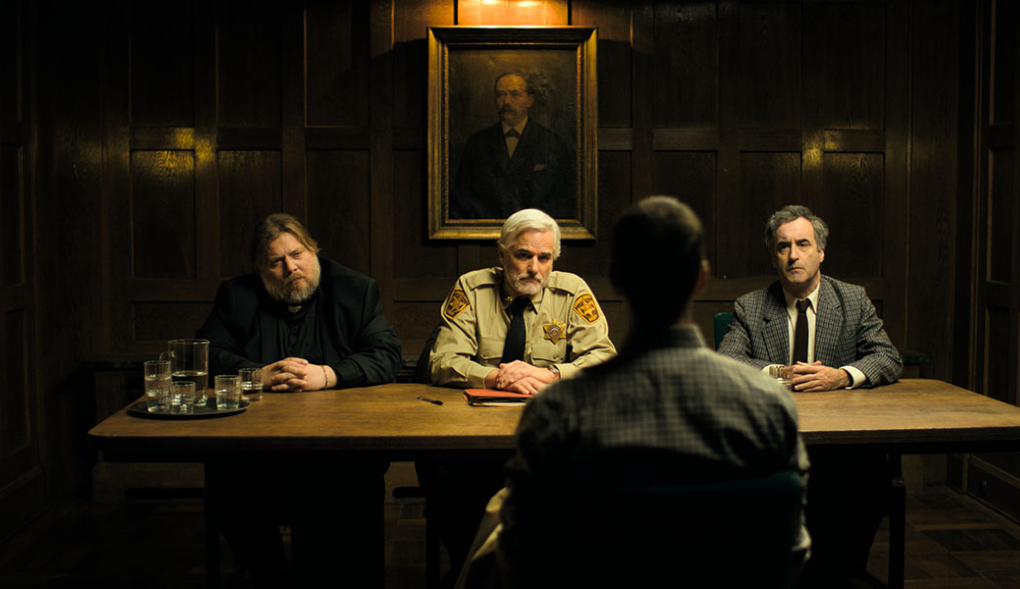 The Canadian cast at the center of this absurdist comedy — a co-production between Norway, Canada, Germany, and Denmark — includes Don McKellar, Paul Gross, Rossif Sutherland, Sheila McCarthy, and Twin Peaks’ Kenneth Welsh. Norwegian director Brent Hamer, who has been bringing his work to TIFF since 1995, delivers a darkly funny tale about a man with a job one wouldn’t wish on their worst enemy: informing people about the death of their loved ones. It may not sound like a laugh riot, but you’ll just have to trust us (and Hamer’s track record) on this one.

BEFORE YOU GO: Timothee Chalamet and Zendaya advise Canadians to 'pee before' seeing Dune at this year's TIFF

[video_embed id='2276962']BEFORE YOU GO: Timothee Chalamet and Zendaya advise Canadians to 'pee before' seeing Dune at this year's TIFF [/video_embed] 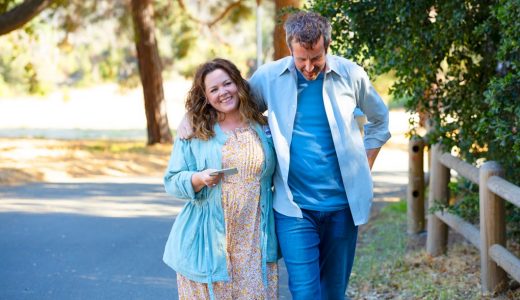 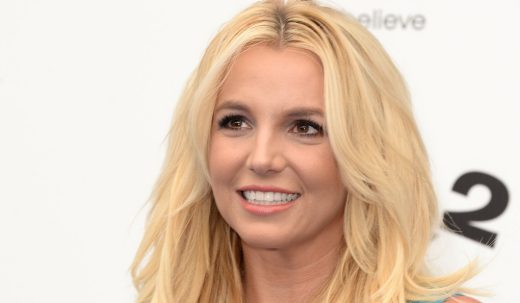 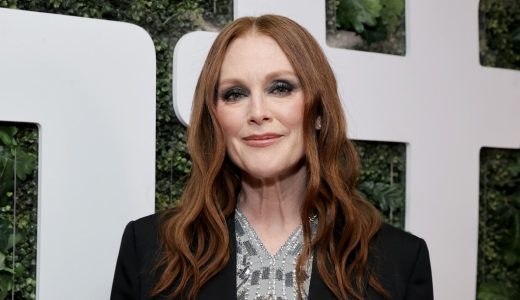 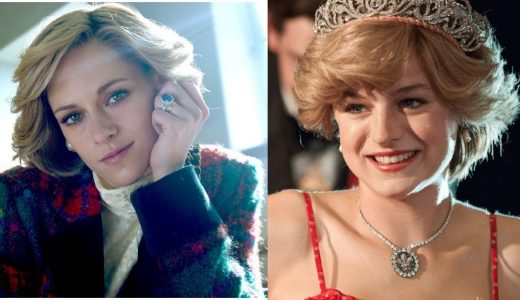