This year’s winners list was one of the show’s most diverse ever.
Allison Bowsher
Getty Images

The SAG Awards took place on Sunday night, which means the biggest names in Hollywood were at home in gowns, tuxes, and their best hoodies. Honouring their fellow TV and filmmakers, the SAG Award winners are chosen by members of the Screen Actors Guild, resulting in a night of actors being honoured by their peers.

The pretaped hour-long show didn’t include a host and nominees were asked to sign NDAs to ensure that the names of winners would remain a secret until Sunday night’s event aired.

This year’s show included one of the most diverse lineups of winners on the film side, which could possibly set the tone for the Oscars later this month. Viola Davis won Outstanding Performance for an Actress in a Lead Role for her powerful performance as blues legend Ma Rainey in Ma Rainey’s Black Bottom. Davis beat out Frances McDormand, whose Nomadland has been sweeping award shows, as well as Carey Mulligan (Promising Young Woman), Vanessa Kirby (Pieces of a Woman) and Amy Adams (Hillbilly Elegy).

Davis’ late co-star Chadwick Boseman was also honoured on Sunday night with a win for his role as troubled trumpet player Levee. Boseman’s Lead Actor category was also one of the tightest races of the night, including nominations for Riz Ahmed (Sound of Metal), Steven Yeun (Minari), Anthony Hopkins (The Father) and Gary Oldman (Mank).  Boseman’s award was accepted by his widow, Taylor Simone Ledward Boseman.

Boseman was also nominated for Supporting Actor for his role in Spike Lee’s Da 5 Bloods, but the SAG Award went to this weekend’s SNL host Daniel Kaluuya, who also took home the Golden Globe for his performance as the groundbreaking Chairman Fred Hampton in Judas and the Black Messiah.

Youn Yuh-Jung won Best Supporting Actress for her role as an eccentric grandmother in the highly celebrated Minari, which makes the Korean actor the first Asian woman to ever win an individual SAG motion picture category (Sandra Oh has previously won on the television side for Killing Eve). "I don't know how to describe my feelings," said Youn while she accepted her award following her first SAG nomination. "I'm very pleased and happy."

As for best performance by a cast, Aaron Sorkin’s Vietnam protest drama The Trial of the Chicago 7 took home the top honour. The film was the only one nominated for Best Ensemble that wasn’t led by people of colour, making this year’s nominees one of the most diverse ever. For the first time, all four acting awards on the film side went to actors of colour.

On the TV side, Jason Sudeikis beat out father-son nominees Dan and Eugene Levy to take home the award for Lead Actor for his role as the lovable soccer coach Ted Lasso. Following his Golden Globe win, Sudeikis once again sported a hoody for the award show, this time wearing a Gucci sweater with the words ‘My body my choice’ while thanking his parents and his cast.

Schitt’s Creek’s final season was still recognized on Sunday, earning Best Comedy Ensemble Series. Catherine O’Hara also had a Golden Globes and Emmy repeat, winning Best Actress in a Comedy for her role as matriarch Moira Rose. O’Hara beat out her co-star and on-screen daughter Annie Murphy, as well as Kaley Cuoco (The Flight Attendant) and Dead to Me stars Christina Applegate and Linda Cardellini.

On the drama side, Jason Bateman won Best Actor for season three of Ozark, beating out Sterling K. Brown (This Is Us), Josh O’Connor (The Crown), Bob Odenkirk (Better Call Saul) and newcomer Rege-Jean Page (Bridgerton).

The Crown took home Best Ensemble in a Drama with Gillian Anderson winning Best Actress in a Drama for her role as Margaret Thatcher. Anderson was up against her Crown castmates Emma Corrin and Olivia Colman, as well as Ozark stars Laura Linney and Julia Garner.

For a full list of the winners, see below.

Outstanding Performance by a Cast in a Motion Picture

“The Trial of the Chicago 7” (Winner)

“One Night in Miami”

Outstanding Performance by a Male Actor in a Leading Role

Outstanding Performance by a Female Actor in a Leading Role

Vanessa Kirby (“Pieces of a Woman”)

Outstanding Performance by an Ensemble in a Drama Series

Outstanding Performance by a Male Actor in a Drama Series

Outstanding Performance by a Female Actor in a Drama Series

Outstanding Performance by a Female Actor in a Supporting Role

Helena Zengel (“News of the World”)

Outstanding Performance by a Male Actor in a Supporting Role

Sacha Baron Cohen (“The Trial of the Chicago 7”)

Outstanding Performance by an Ensemble in a Comedy Series

Outstanding Performance by a Female Actor in a Comedy Series

Christina Applegate (“Dead to Me”)

Linda Cardellini (“Dead to Me”)

Outstanding Performance by a Male Actor in a Comedy Series

Michaela Coel (“I May Destroy You”)

Mark Ruffalo (“I Know This Much Is True”) (Winner)

Outstanding Action Performance by a Stunt Ensemble in a Motion Picture

“News of the World”

“The Trial of the Chicago 7” 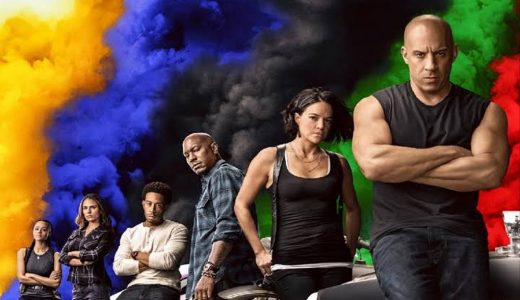 'F9: The Fast Saga' drops a new trailer ahead of June release 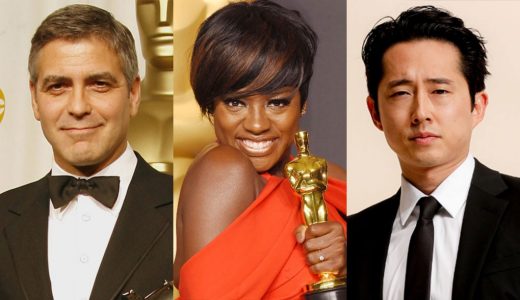 From George Clooney to Steven Yeun, these actors went from TV stars to the Oscars 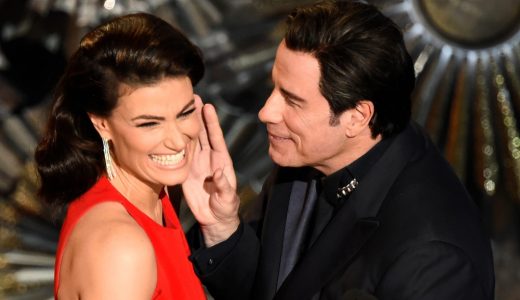