Looking for that last-minute Marvel present? We have you covered!
by Owen Weir

2022 has been a MASSIVE year for the superhero genre.  The year started out strong with The Batman and ended on a high note with Black Panther: Wakanda Forever.

If you have a superhero fan in your life, it may be tough to wade through the sprawling universes of superhero fandom to identify the perfect gift for that special someone. What is this MCU thing anyway? Are Black Adam and Black Panther really two different people? Wait, there are TV shows too?!

Fear not . Whether you're a superhero expert looking to identify the perfect super-gift or a newbie looking for a quick but perfect present, we're here to help! 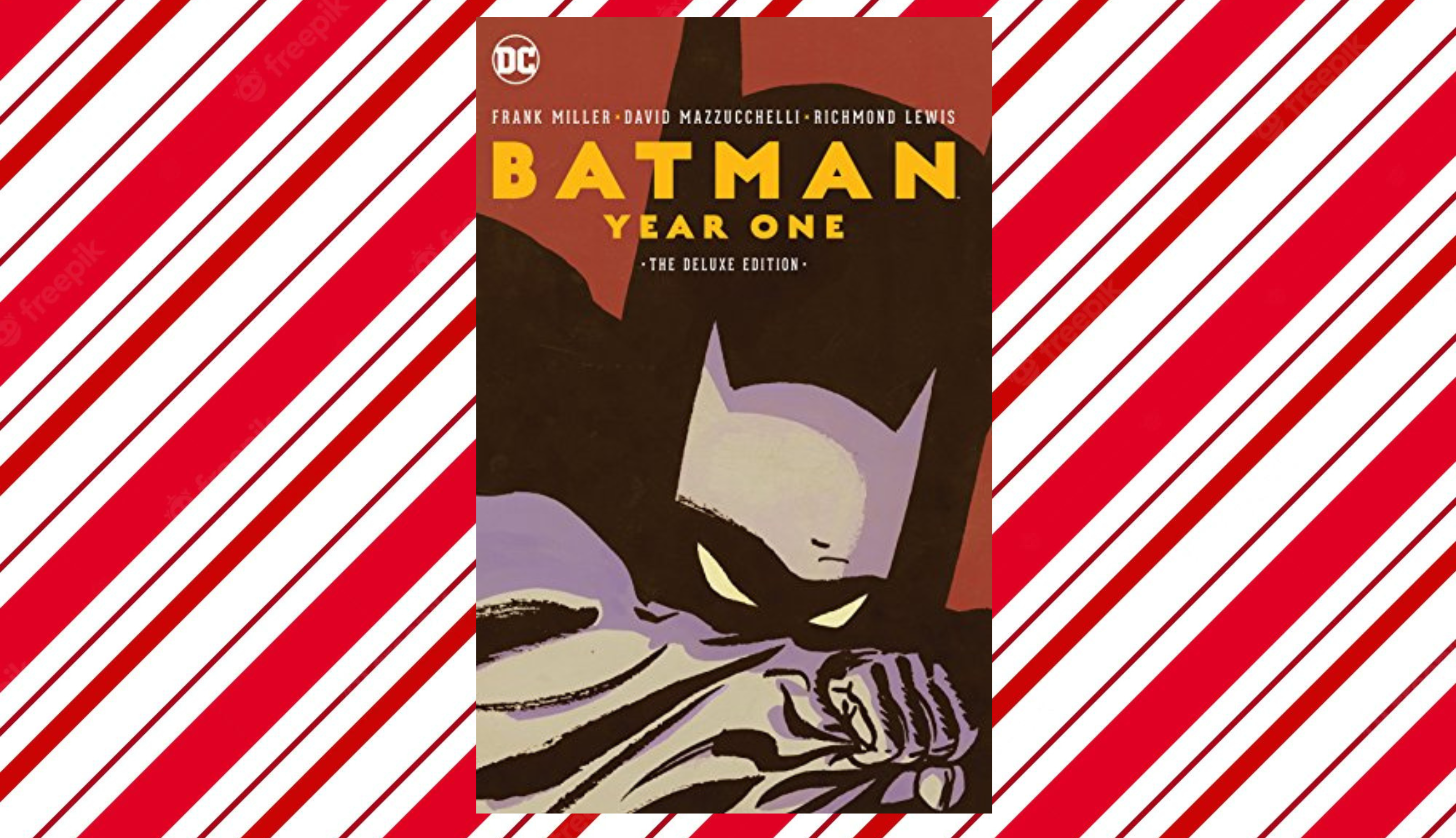 Batman: Year One (The Batman)

Robert Pattinson (aka R Patz) as Batman (aka R Batz) owned 2022. Our new Batman took the world by storm with rave reviews for Matt Reeve's new take on the Dark Knight.

The game-changing graphic novel Batman: Year One was the blueprint for The Batman. Year One follows a young Bruce Wayne who is only just learning to be Batman. Written by the legendary Frank Miller (Sin City, 300), this is known as one of the best Batman graphic novels of all time and depicts a part of young Batman's life we rarely get to see. 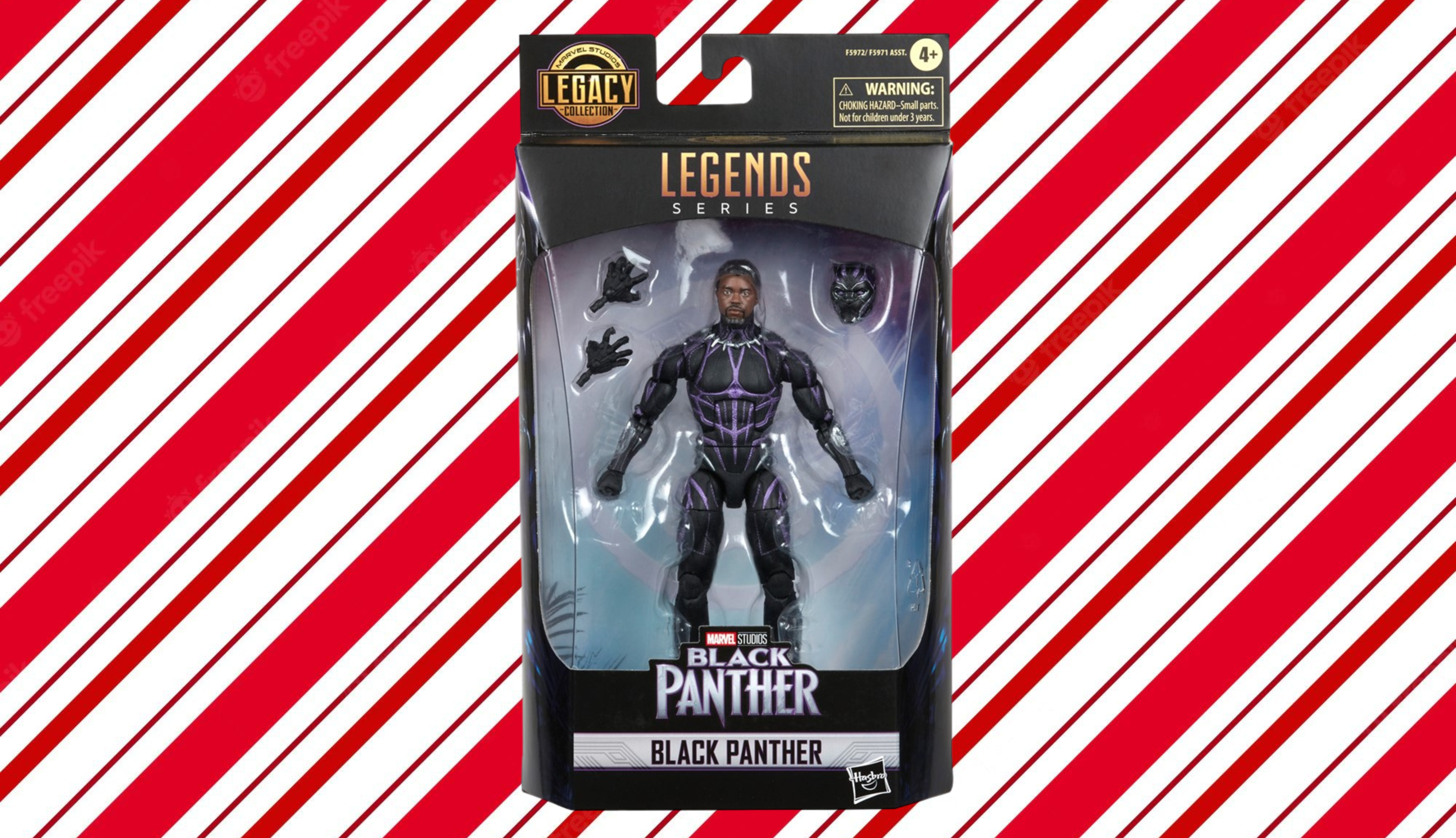 Black Panther: Wakanda Forever was the biggest superhero movie of this year. The film had the tall order of pushing the franchise forward after the loss of Chadwick Boseman while also honouring his iconic portrayal of the titular character.

If you’re looking for the perfect gift for the Black Panther fan on your list, look no further than this Black Panther collectable from Hasbro. This Marvel Legends figure is based on Boseman’s portrayal of the character and is the perfect display piece to remember the late actor. 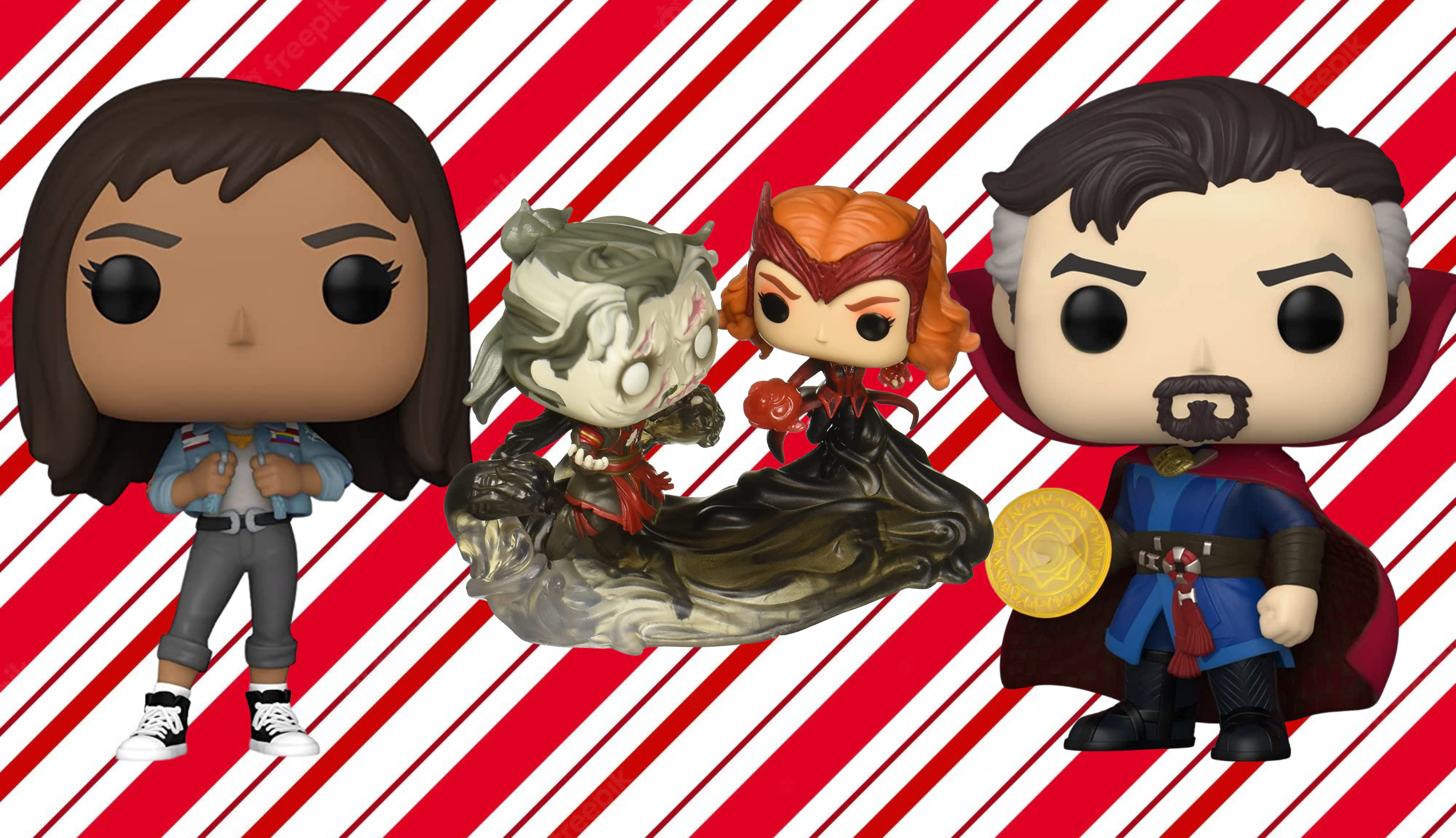 Doctor Strange in The Multiverse of Madness was a mind-bending superhero/horror movie that pit two of our favourite Avengers (Doctor Strange and Wanda Maximoff) against each other. The film also introduced America Chavez and the 'Illuminati'; which included the return of Patrick Stewart as Professor X and introduced John Krasinski as Mr. Fantastic.

Chances are the superhero fanatic on your list has started a collection of Funko Pop! figures. These mini figurines are the collectors item every genre fan seeks out for their favourite franchise. Multiverse of Madness introduced a wide variety of new Funko Pop! figures including an awesome Funko Pop Moment set showing the now iconic Dead Strange and Scarlet Witch final battle.

Doctor Strange in the Multiverse of Madness figures, starting at $12 at Amazon. 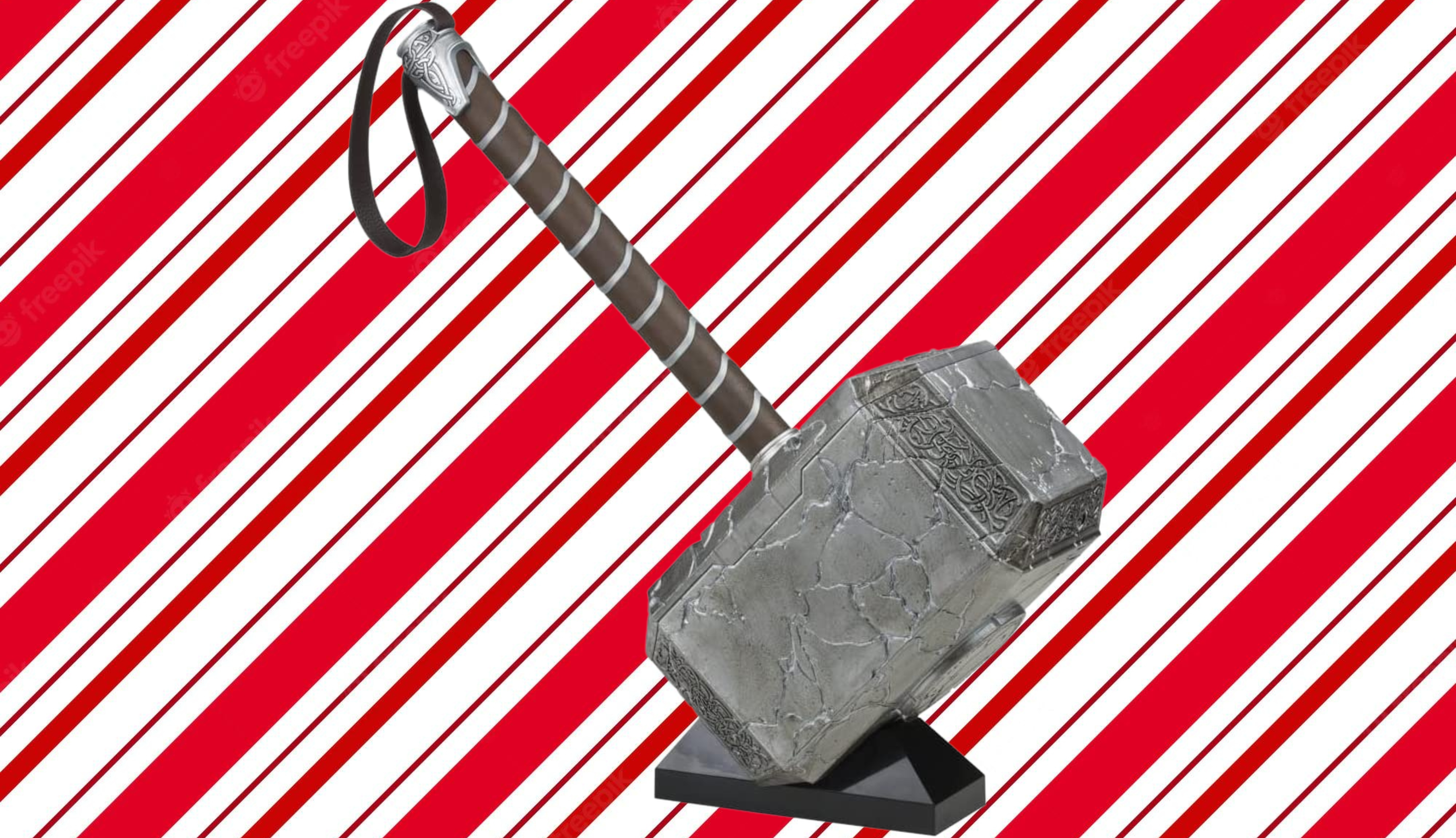 Chris Hemsworth’s Thor was joined by Natalie Portman’s Mighty Thor in this year’s Thor: Love And Thunder. The film saw Portman’s character given the strength of Thor to power her through sickness via the magic hammer, Mjolnir.

If someone you know is deserving of Asgardian-level strength, the Marvel Legends Mighty Thor Mjolnir Hammer may just be the perfect gift. The premium item is a 1:1 full-scale version of the hammer seen in the film. The hammer also includes lights and sound effects when the button on the handle is pushed. If someone you know is ready to step into the character of Thor/Mighty Thor OR if you have a collector that may like to display this gift with the included stand, look no further. 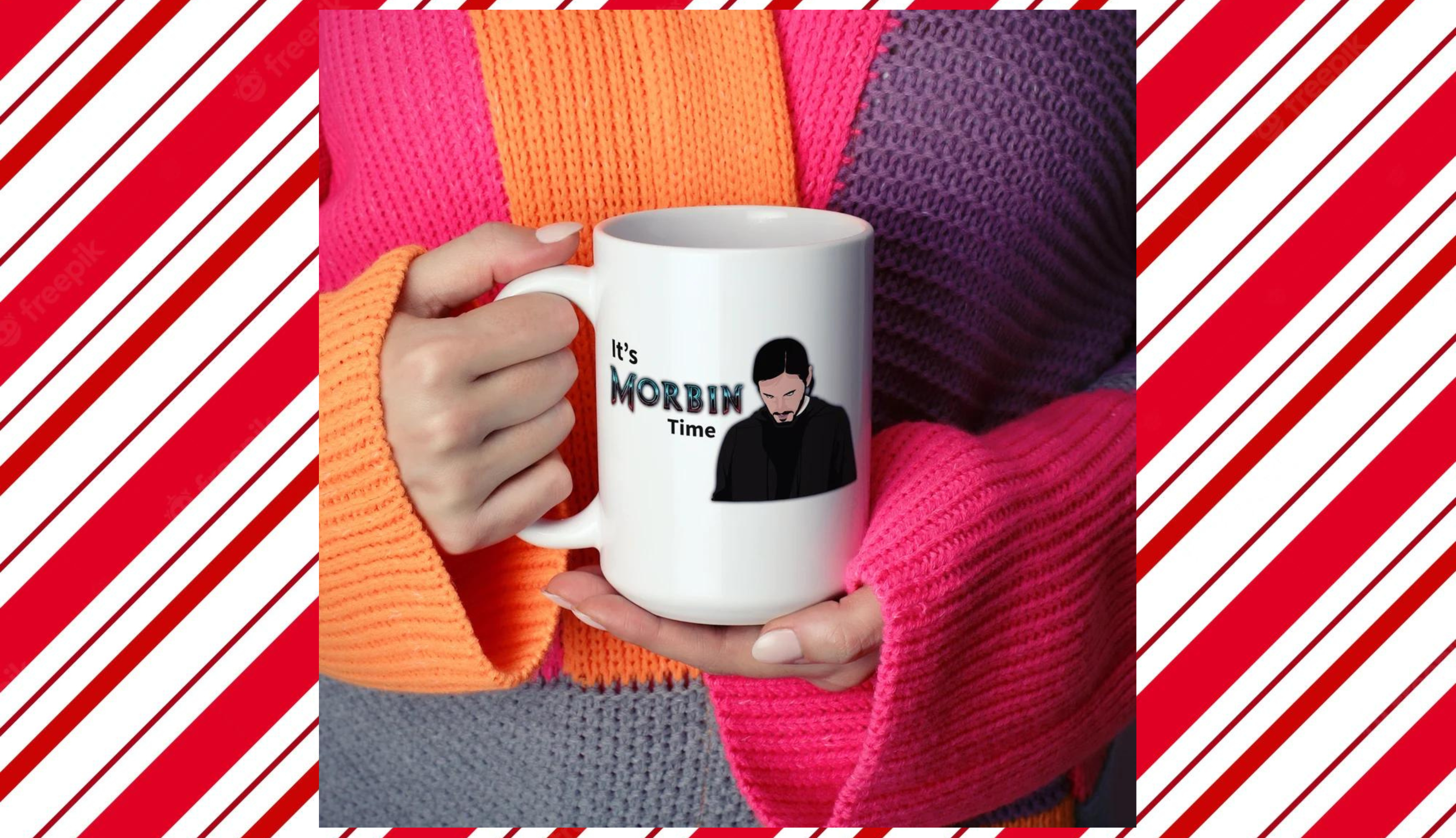 Morbius was one of the strangest superhero films that hit theatres this year. The Jared Leto-fronted film featured an obscure villain from the Spider-Man universe -- Moribus the Living Vampire -- but did not feature Spider-Man himself. Though the film didn’t rock the box office, it gained a life of its own as a meme online.

Those in on the joke declared Morbius one of the best movies of the year and professed undying love for the project. One of the most popular memes was the saying "It’s Morbin Time," a play on another Marvel hero’s catchphrase "It’s Clobbering Time." The phrase is never said in the film, in fact, there is nothing even close to this phrase at all, but the internet assigned this catchphrase to the character and played it off like it was an iconic line in the film.

If you have someone on your list that’s in on the joke, they’d love this "It’s Morbin Time" mug!