In 2020, finding the new normal in the entertainment world has meant several changes, including how to adapt award shows. Screaming in-person audiences were silenced, red carpets were sparse and spaced out and performances were often pre-taped in safe environments. The (award) show must go on and while the details of the when, where, and how of award shows have changed, the impact of performances and speeches have been greater than ever.

From Schitt’s Creek making a historic Emmy sweep to Lady Gaga earning the first Tricon award from MTV, these are the best moments from this year’s virtual award shows. As Billboard Music Award host Kelly Clarkson said, “There’s no audience, it’s just me. I’m my own hype girl.” In 2020, hype yourself.

How many Queens can one award show handle? According to the 2020 BET Awards, at least three. Eight-year-old Blue Ivy made history as the youngest winner to ever take home a BET Award when her mom’s song “Brown Skinned Girl” won the BET HER Award in June. During the music channel's 20th anniversary show, Beyoncé also took home the Humanitarian Award, which was presented by former FLOTUS Michelle Obama.

"To my girl, I just want to say you inspire me," said Obama. "You inspire all of us." Beyoncé dedicated the award to those fighting for racial equality. "Your voices are being heard and you're proving to our ancestors that their struggles were not in vain," said Beyoncé. "Now we have one more thing we need to do to walk in our true power and that is to vote. I'm encouraging you to continue to take action. Continue to change and dismantle a racist and unequal system. We have to vote like our life depends on it, because it does."

DaBaby and Roddy Ricch put BLM at forefront of performance

Not only did Roddy Ricch win big at the 2020 BET Awards, where he took home trophies for Best New Artist and Album of the Year, he also made a big statement on stage. Roddy Ricch joined DaBaby for his performance of “Rockstar,” which opened with DaBaby lying face down on the ground while a police officer held his knee to the rapper’s neck. The powerful scene was a call out to the recent killing of George Floyd and was followed by Alicia Keys, who ended her performance of “Perfect Way To Die” by listing the names of Black men and women who have been killed while in police custody.

The 2020 MTV VMAs aired on August 30, only two days after cinematic icon Chadwick Boseman died following a four-year battle with colon cancer. The music station’s Twitter handle announced that this year’s show would be dedicated to Boseman, a tribute that host Keke Palmer reiterated during her opening monologue. "Before we get to the music tonight, we need take the time to talk about the devastating loss of Chadwick Boseman, an actor whose talent and passion was a true inspiration to all the fans he touched and everyone he encountered,” said Palmer. “We dedicated tonight's show to a man whose spirit touched so many. He's a true hero, not just onscreen, but in everything he did. His impact lives forever."

MTV followed Palmer’s opening dedication with a clip of Boseman winning Best Superhero at the MTV Movie Awards in 2018. A true class act, Boseman gave away his award on stage to James Shaw Jr., who fought off a gunman in a Waffle House that year. In doing so, Shaw saved the lives of innocent bystanders.

After being snubbed by the Grammys this year, fans won’t get to see what incredible performance The Weeknd had up his sleeve, but the Toronto native already delivered two massive award show performances in 2020. At the MTV VMAs in August, Abel was surrounded by fireworks while singing on top of the Edge at Hudson Yards, which is the highest outdoor sky deck in the Western Hemisphere.

The Weeknd also used his VMA acceptance speech for Best R&B and for Video of the Year to bring attention to Breonna Taylor and Jacob Blake. “It’s really hard for me to celebrate right now and enjoy this moment. So I’m just going to say justice for Jacob Blake and justice for Breonna Taylor.” A few months later, The Weeknd once again gave a show-stopping performance during November's American Music Awards where he was joined by Kenny G and backed by a Disney-quality fireworks show.

The 2020 MTV VMAs were a big night for Lady Gaga who took home Best Collaboration, Best Cinematography and Best Song for her Ariana Grande collaboration “Rain On Me.” The two pop stars were on hand to perform the high energy pop track, hitting the stage together in between Gaga’s many trips to the podium. Gaga was also named Artist of the Year and became the first recipient of the MTV Tricon Award for achievements in three or more fields of entertainment, which in Gaga’s case includes music, fashion and acting. Mother Monster lived up to all three titles at the VMAs where she served massive vocals, a theatrical performance of “Rain on Me” and debuted multiple high fashion looks throughout the night, with matching masks, of course.

How did Schitt’s Creek dominate the enemies this year? Let us count the ways. The little show that could ended with a bang and finished its sixth and final season with seven Emmy wins. Schitt’s Creek made history in September as the first comedy or drama to ever win all four major acting categories, with lead cast members Eugene Levy and Catherine O’Hara and supporting actors Dan Levy and Annie Murphy all taking home awards. The beloved show also won Writing For a Comedy Series, Directing For a Comedy Series, and the biggie – taking home the award for Outstanding Comedy Series. What’s the best season to visit Schitt’s Creek? Awards.

Zendaya also made history during the 2020 Emmys when she became the youngest winner of the Lead Actress in a Drama Series category. The Euphoria star gave a visceral, raw and vulnerable performance as Rue, a teenager struggling with a drug addiction, during the premiere season of the HBO show. Shooting the Emmys virtually meant that viewers got a front row seat to Zendaya’s family reacting to the news, which deserved its own award for Most Supportive Crew.

Chrissy Teigen bravely shared her devastating experience with pregnancy loss earlier this year following the death of her son Jack. Teigen’s willingness to discuss the traumatic event and even share photos from the hospital was a signal to women around the world that the pain and shame they feel from pregnancy loss is not something they should suffer through alone. Only a few days after losing their son, John Legend dedicated his Billboard Music Awards performance of his 2020 single “Never Break” to his wife, quietly saying “This is for Chrissy” before launching into the beautiful and moving ballad.

Lizzo encourages fans to vote and love themselves

Voting was a major topic at almost every award show in 2020 and one artist who consistently used their mic time to encourage viewers to get to the polls was Lizzo. The multi-talented musician took home the award for Top Song Sales Artist at the Billboard Music Awards and made her message of voter and self-empowerment clear. “I’ve been thinking a lot about suppression and the voices that refuse to be suppressed. And I wonder, ‘Would I be standing here right now, if it wasn’t for the big black women who refused to be suppressed?’” said Lizzo.

Wearing a black mini dress with the word ‘Vote’ printed on it, the “Truth Hurts” singer continued, acting as the hype woman we all need. “Whether it’s through music, protest or your right to vote, use your power. Use your voice and refuse to be suppressed,” said Lizzo. “When people try to suppress something, it’s normally because that thing holds power. They’re afraid of your power.”

At the 2020 Billboard Music Awards, Killer MC became the inaugural recipient of the Change Maker Award. The history-making award was presented by Atlanta Mayor Keisha Lance Bottoms, who called the activist MC “a powerful voice for social justice.” Killer Mike opened his speech by thanking his wife for her continued support, as well as the teachers and organizers that have helped him in his career as a musician and activist. The Run the Jewels front man also used his time to honour “the kids that sing and dance. What you do is worthy. You are an artist, and your goal should be to express the very real reality around you in the most ugly and beautiful ways that you see fit.”

Demi Lovato hosted the 2020 People’s Choice Awards and made one of the best speeches about 2020 we’ve heard all year. During her opening monologue, Lovato expertly recapped a year of highs and lows in only one minute. "I am so excited to be here tonight because honestly, this year has been the longest three years of my life. Don't get me wrong, it started out amazing,” said Lovato. “I performed at the Grammys and sung the National Anthem at the Super Bowl. But then COVID hit and everything shut down, so I did what everyone else did. I went into lockdown mode and got engaged. I got into painting, photography, meditation, tested the limits of Postmates Unlimited. I also didn't know this could happen, but I reached the end of Instagram four times. I binged seven seasons of Pretty Little Liars, got unengaged, and then I went looking for aliens in the desert, so basically the same as everyone else." Basically.

Maren Morris was named Female Vocalist of the Year at the 2020 CMA Awards and used her time at the podium to honour the Black female country artists who helped pave the way for her and other artists in the genre. Giving shout outs to Rhiannon Giddens, Yola, Linda Martell, Rissi Palmer, Mickey Guyton and Brittney Spencer, Morris thanked the women for continuing to inspire her as an artist. “There are so many amazing Black women that pioneer and continue to pioneer this genre," said Morris. "I know they're gonna come after me. They've come before me. You've made this genre so, so beautiful. I hope you know that we see you."

Taylor Swift may have won Artist of the Year at the 2020 American Music Awards, but the singer wasn’t able to squeeze the show into her schedule. Instead, the most decorated artist in AMA history used her acceptance speech to confirm that she is currently re-recording her old music. That sound heard round the world was the noise of Swifties everywhere clearing out their iTunes library to make way for the new version of “Shake It Off.”

Admittedly, performing to an empty arena isn’t how Beliebers and members of the Mendes Army likely pictured the highly anticipated, long awaited duet between the Canadian superstars. After years of waiting, Bieber finally learned Mendes’ identity and the pair sparked up a friendship in 2020. Mendes invited Bieber to duet on his new song “Monster,” leading to the men opening the American Music Awards in November. There were no fireworks or backup dancers and the performance was relatively simple, but the importance of two of the biggest popstars in the world finally performing together cannot be understated. Oh Canada.

Megan Thee Stallion has had a year of ups and downs but ended 2020 on a high with the release of her debut album Good News and her performance of “Body” at the American Music Awards. Megan opened with a positive message of body acceptance and positivity. "I love my body. Every curve, every inch, every mark, ever dimple is a decoration on my temple," said Megan in a voiceover. Say it with us – Body-ody-ody-ody-ody-ody-ody-ody. 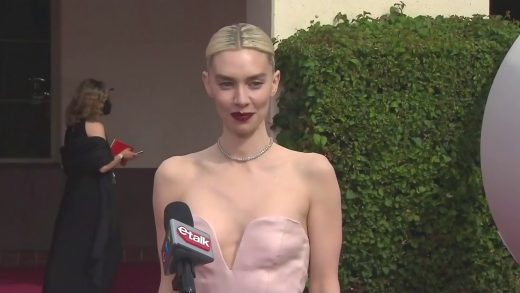 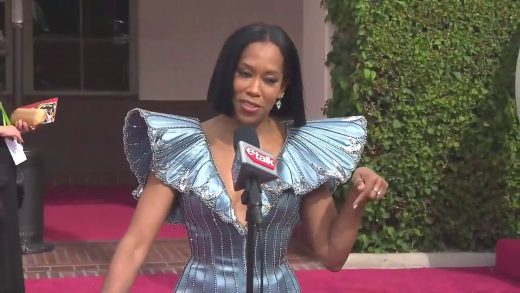 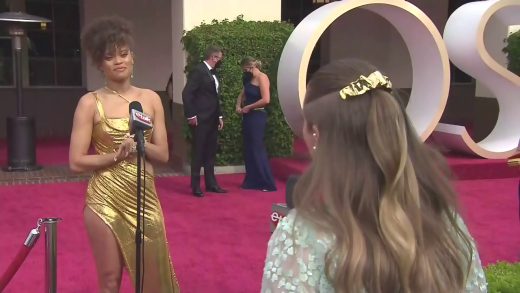