Like Chris, there is no shortage of talented Scotts on the big and small screen and that includes two of our faves coming back to TV this fall. The men of Felicity (streaming now on Crave) are reuniting on our TV guide, with Scott Foley (Team Noel) spearheading the new series The Big Leap (Mondays at 9 p.m. ET on CTV2) and Scott Speedman reprising his role as Dr. Nick Marsh on Grey’s Anatomy (Thursdays at 9 p.m. ET on CTV) as a series regular (Team Ben). What to do in a situation as handsome and charming as this one? Try to recreate our favourite Dean and Deluca pastry and make a list of all the Scotts in Hollywood who deserve a little more of our love. 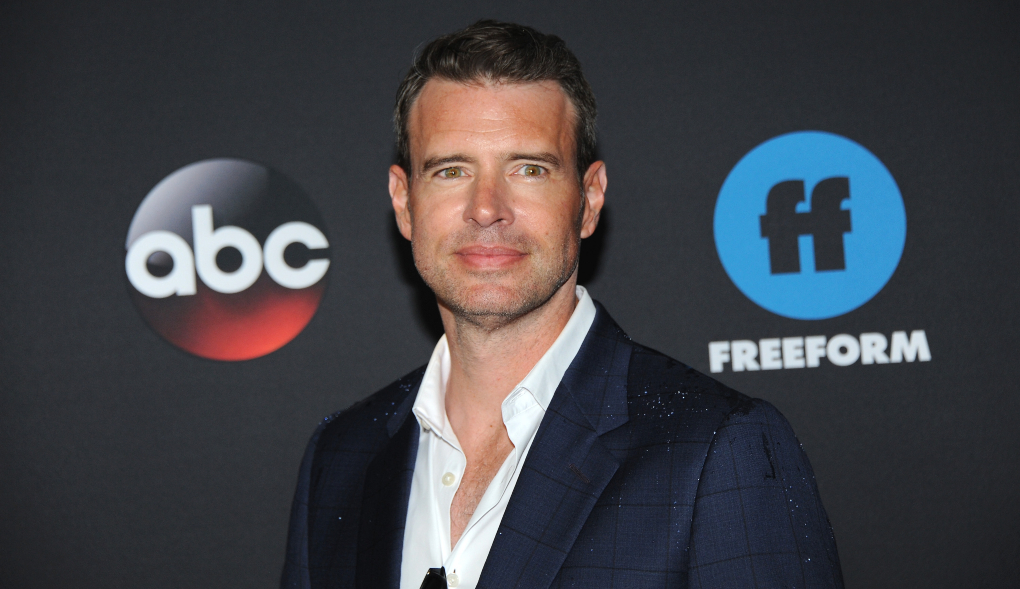 BEST KNOWN FOR: Foley’s big break came in 1999 when he was cast to play Keri Russell’s boyfriend in the J.J. Abrams series Felicity. From there, Foley has continued to earn roles as the likeable love interest, first opposite Sarah Chalke in Scrubs and later opposite Kim Raver on two seasons of Grey’s Anatomy (sweet Henry, if Cristina couldn’t save you, there was truly no hope). Foley stayed in the Shonda Rhimes family and became a series regular on Scandal, sharing several steamy scenes with show lead Kerry Washington. Most recently, Foley starred as FBI agent Will Chase in Whiskey Cavalier, which we are still hoping will be revived after its one excellent season.

WHAT TO SEE HIM IN NEXT: Foley is taking a break from his nice-guy persona to star as a producer on a dance reality series in The Big Leap, with new episodes airing every Monday at 9 p.m. ET on CTV2. Foley’s Nick will stop at nothing to ensure his show gets the drama and ratings it needs to stay on the air and to say we’re already hooked after only a few episodes is like saying Felicity was kinda in a love triangle with Ben and Noel (a.k.a. understatement of the century). 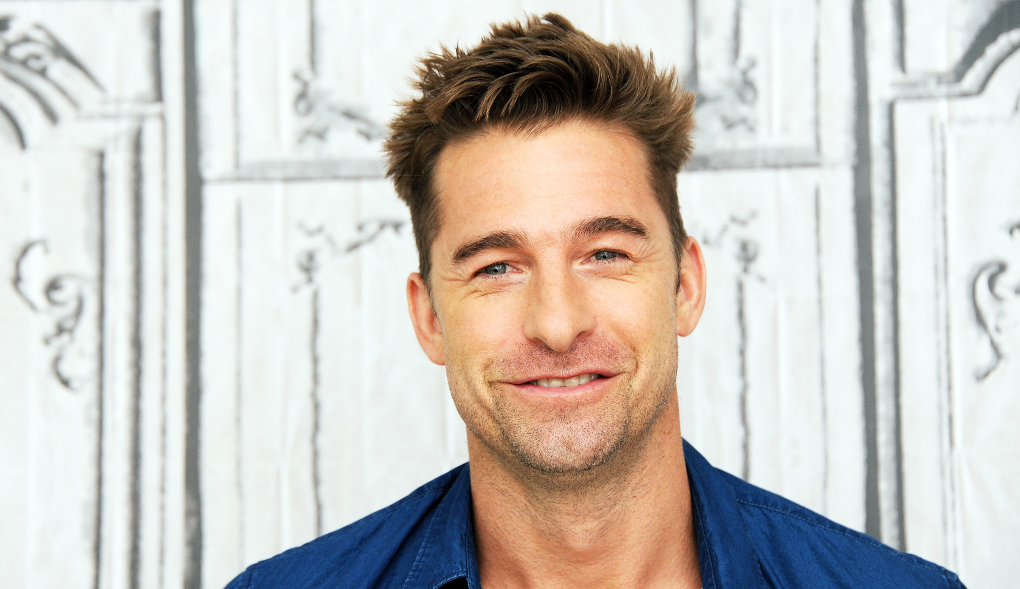 BEST KNOWN FOR: Like Foley, Canadian actor Scott Speedman also got his start on Felicity where he played the bad boy swimmer (it’s a thing) Ben, who made one comment to Felicity during their high school graduation ceremony and inspired her to ditch medical school at Stanford and move to New York. That’s the power of the Speedman stare. Following four years on Felicity, Speedman appeared in several films, including a recurring role as a vampire hybrid in the Underworld series opposite Kate Beckinsale and the films The Vow, Barney’s Version, and Run This Town. In 2016, Speedman returned to the small screen to star in three seasons of the drama Animal Kingdom.

WHAT TO SEE HIM IN NEXT: Speedman recently reprised his guest role as Dr. Nick Marsh on Grey’s Anatomy, which airs new episodes every Thursday at 9 p.m. ET on CTV. Writers have confirmed that Nick will be a series regular for Season 18 and yeah, we’re freaking out. A love interest for Meredith Grey who has chemistry with the brilliant doc? We’re giving this casting a Harper Avery award.

SCOTT RATING: We will watch Scott Speedman and Scott Moir have a charm-off as the best Canadian Scott any day of the week. Obviously, it would end in a super good-looking draw. 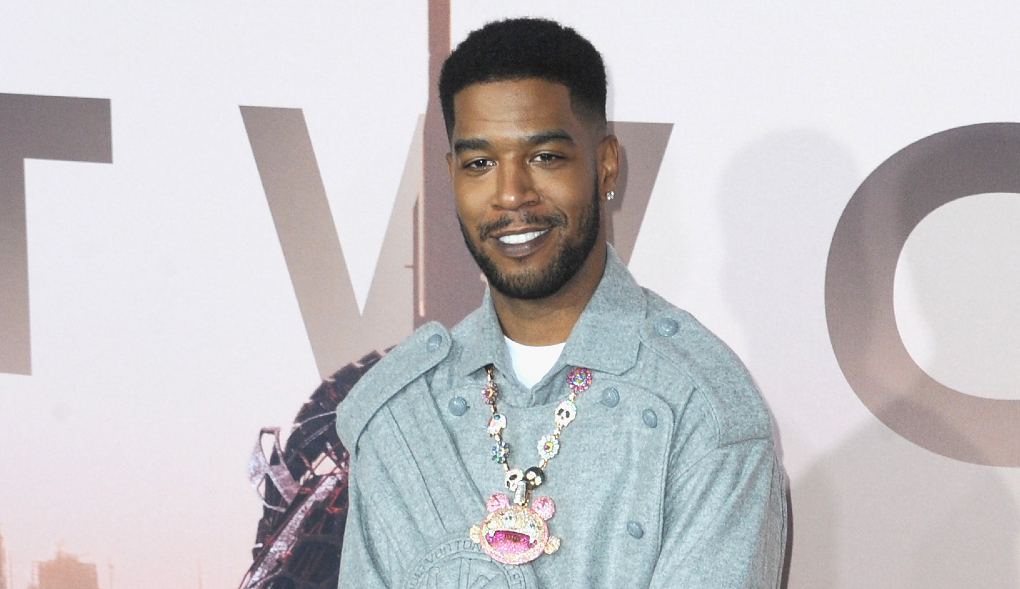 BEST KNOWN FOR: Scott Mescudi is best known by his stage name of Kid Cudi, which has taken him from the recording booth to the sound stage. Kid Cudi released his first mixtape in 2008 and caught the attention of Kanye West, who quickly signed him to his GOOD Music label. Mescudi has found success both as a musician and an actor, winning two Grammys for his music and appearing in projects like How To Make It In America, Entourage, Brooklyn Nine-Nine and Westworld.

WHAT TO SEE HIM IN NEXT: Kid Cudi is planning on releasing his eighth studio album Entergalactic in 2022 and has a role in the upcoming star-studded Adam McKay film Don’t Look Up, which stars Jennifer Lawrence, Leonardo DiCaprio, Meryl Streep, and just about every other actor in Hollywood. 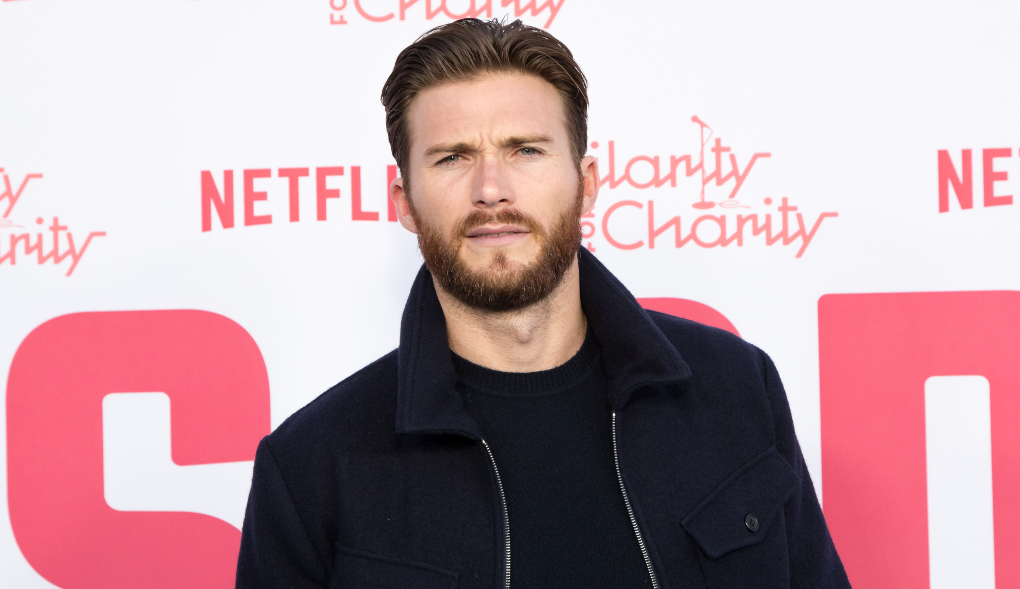 BEST KNOWN FOR: As if his famous last name wasn’t enough of an indicator of his Hollywood lineage, Scott Eastwood shares the same squint as his A-lister pops, Clint. Eastwood started his career as Scott Reeves in order to avoid any nepotism hires, eventually returning to his given last name. Eastwood’s first major film role was ironically in Flags of Our Fathers, which he followed up with roles in Pride, Invictus, Trouble With The Curve, Fury, Suicide Squad and Pacific Rim. Eastwood has appeared in one of his father’s films, with a role in 2008’s Gran Torino. He’s also cemented his place in pop culture history by starring as Taylor Swift’s love interest in her 2015 music video for “Wildest Dreams.”

WHAT TO SEE HIM IN NEXT: Eastwood recently appeared in Wrath of Man, which reunited director Guy Richie and Snatch star Jason Statham. He’s also set to star opposite Jenny Slate, Charlie Day, Gina Rodriguez and Manny Jacinto in the upcoming rom-com I Want You Back. 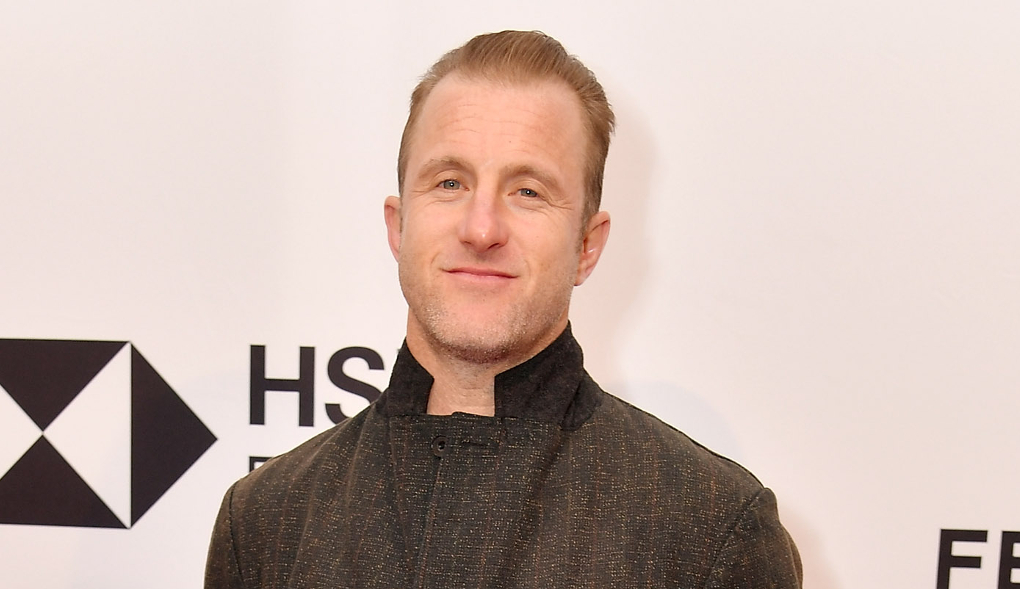 BEST KNOWN FOR: Like Scott Eastwood, Scott Caan also comes from Hollywood royalty. Caan’s father is Oscar nominee James Caan, who is known for his roles in small films like The Godfather. You may have heard of it. As for Scott, the actor has forged his own path in the TV world, with reoccurring roles on Entourage and 10 seasons on Hawaii Five-0 as Danno Williams, a role that earned him a Golden Globe nomination in 2011. Like his dad, Caan has also found success on the big screen, including roles in Ocean’s Eleven, Twelve and Thirteen and Varsity Blues.

WHAT TO SEE HIM IN NEXT: Since wrapping Hawaii Five-0 in 2020, Caan appears to be taking a well-deserved break. 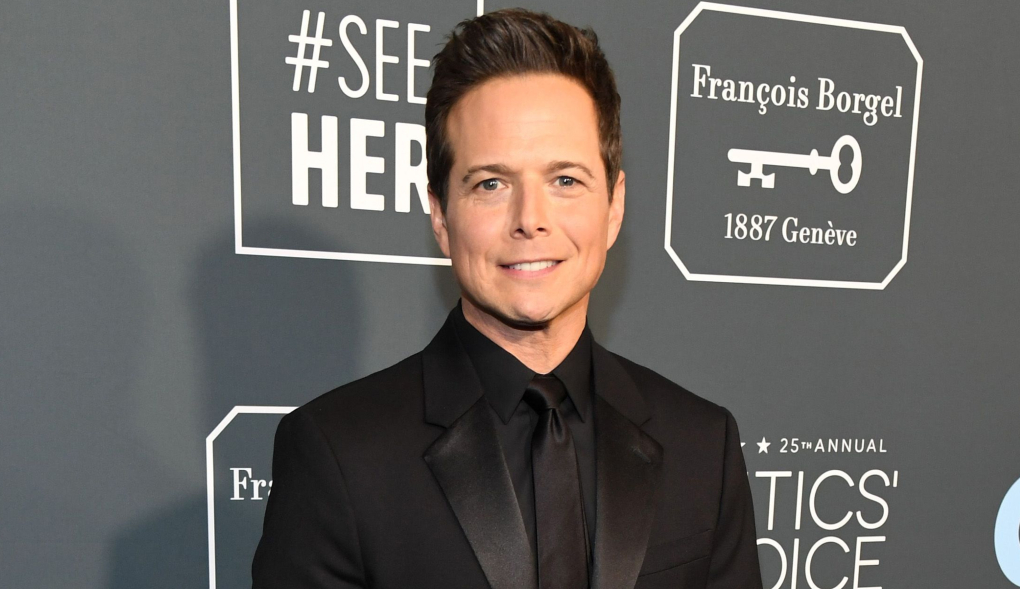 BEST KNOWN FOR:  One of the most popular dreamboats of the 1990s, Scott Wolf played the responsible big brother Bailey Salinger on six seasons of Party of Five. The actor already had teens swooning on Saved By The Bell as a waiter at The Max and appeared on several quintessential '90s shows, including Kids Incorporated. After the end of Party of Five, Wolf starred on Everwood, V, Perception and The Night Shift. He also spent 10 episodes helping viewers wake up and have fun as Kelly Ripa’s co-host on Live With Kelly between 2016 and 2017.

WHAT TO SEE HIM IN NEXT: Since 2019, Wolf has been starring as Carson Drew, Nancy Drew’s widowed lawyer father on the CW’s Nancy Drew. 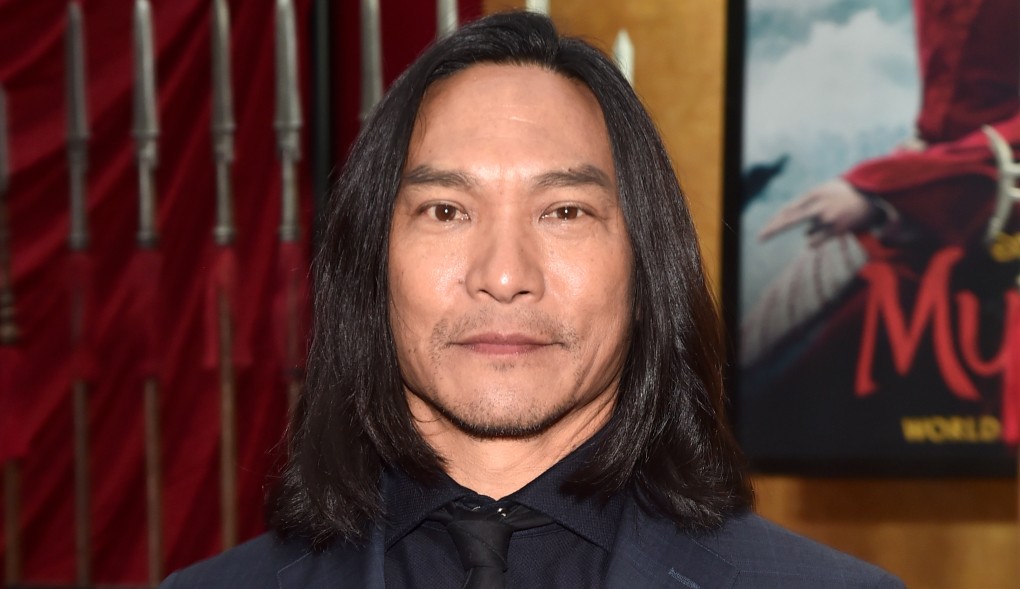 BEST KNOWN FOR: Jason Scott Lee is an action hero and dramatic actor who has kept audiences entertained for decades, with his early roles including Map of the Heart and as Mowgli in 1994’s The Jungle Book. The martial artist put his Black belt to good use as Bruce Lee in the biopic Dragon: The Bruce Lee Story and again in Crouching Tiger, Hidden Dragon: Sword of Destiny. Most recently, he starred in the live-action remake of Disney’s Mulan in 2020.

WHAT TO SEE HIM IN NEXT: Lee is currently starring in the Disney+ series Doogie Kameāloha, M.D., playing main character Peyton Elizabeth Lee’s father, Benny Kameāloha. 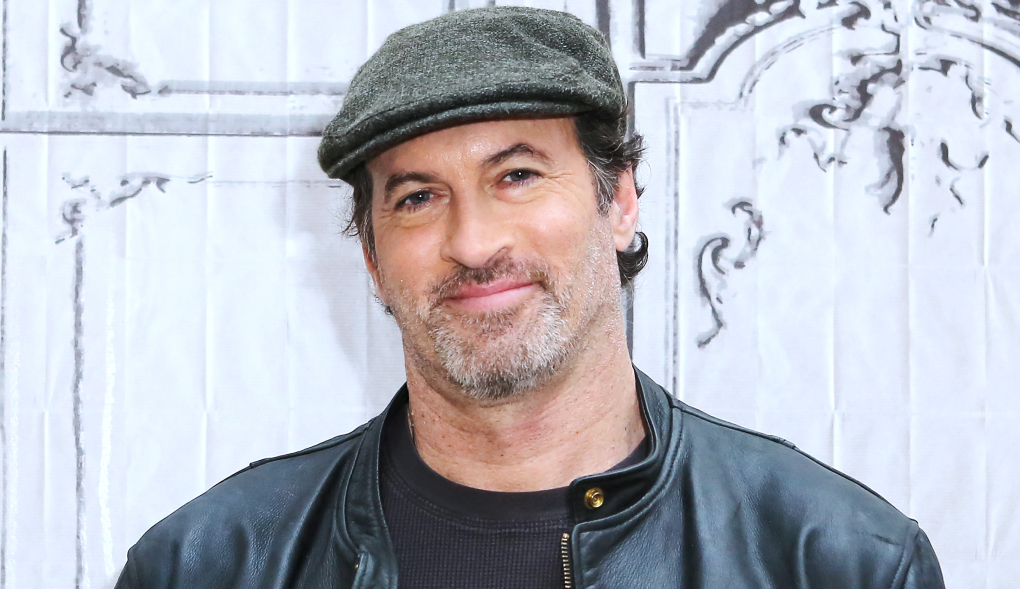 BEST KNOWN FOR: Before becoming an actor, Patterson spent years as a pitcher in the minor leagues, which helped him prepare for one of his early film roles in Little Big League. Patterson had small but memorable roles on Will & Grace and Seinfeld (he was spongeworthy) but is best known for spending seven seasons as diner owner Luke Danes on Gilmore Girls.

WHAT TO SEE HIM IN NEXT: In 2021, Patterson launched his I Am All In podcast on iHeartRadio, which features the actor watching episodes of Gilmore Girls for the first time and interviewing his fellow co-stars and crew members of the beloved series. 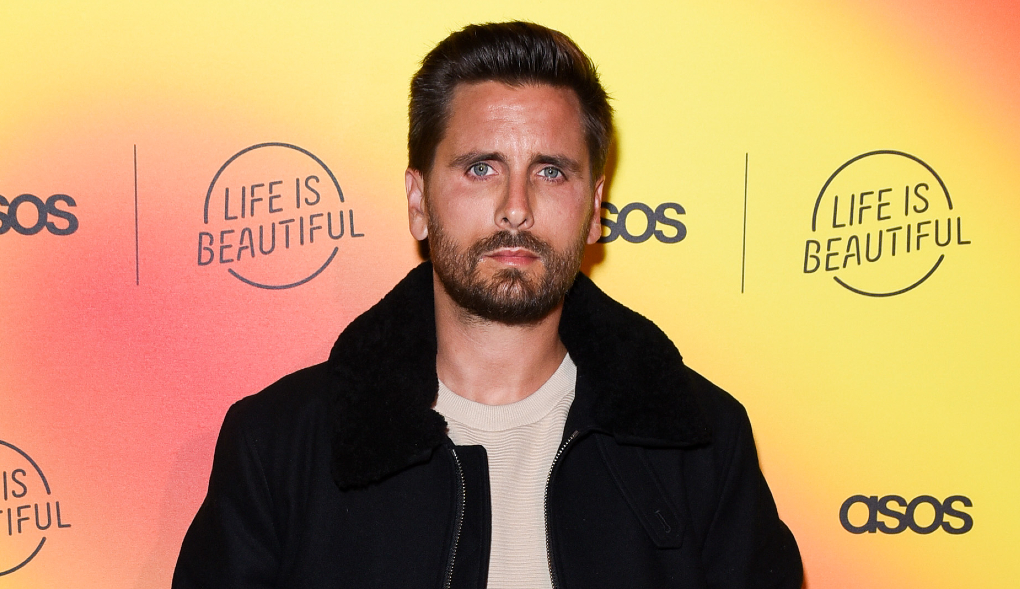 BEST KNOWN FOR: Being the comic relief for 20 seasons of Keeping Up With The Kardashians. Disick has become a household name thanks to his connection to the Kardashians, which includes sharing three children with Kourtney Kardashian. He’s also started his own clothing line called Talentless and took his love of flipping expensive homes and making lots of money to the small screen in Flip It Like Disick.

BEFORE YOU GO: Zendaya on her fave red carpet looks and her infamous mullet

[video_embed id='2300318']BEFORE YOU GO: Zendaya on her fave red carpet looks and her infamous mullet [/video_embed]