Everything we know about Britney Spears and Sam Asghari's wedding

From Jason Alexander crashing it to Madonna and Brit reenacting their VMAs kiss -- it was a wild ride.
by Christine Estima
Shutterstock

Baby, Britney's married one more time, after a whirlwind of secret prep and then not-so-secret news coverage.

TMZ broke the news Wedesday that, according to sources, the “Work B**ch” singer and her long-time partner Sam Asghari were having a small ceremony June 9, and that only 100 guests are invited. Turns out they were right and the ceremony was attended by roomful of famous friends including Selena Gomez, Madonna, Drew Barrymore and Donatella Versace. 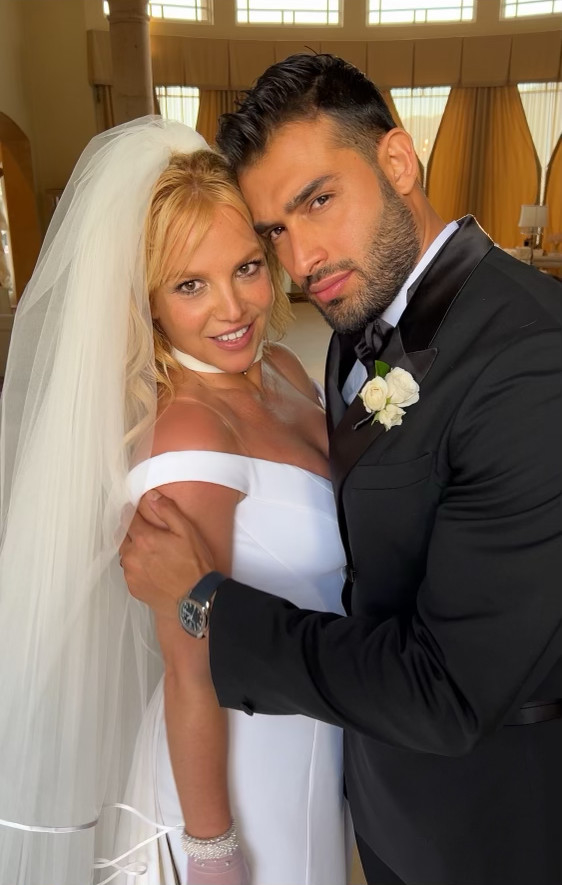 It was also almost attended by an unwanted guest -- Britney's ex-husband Jason Alexander. Alexander livestreamed his storming of the property before he was taken into custody by police. TMZ reports he was charged with trespassing, vandalism and two batteries related to his physical altercations with Britney's security.

Spears' lawyer Matthew Rosengart (who was also attending the wedding) responded to TMZ about the situation, telling them he was "absolutely livid" at the attempt and adding, "I am personally working with the sheriff's department to ensure Mr. Alexander is aggressively prosecuted to the fullest extent of the law." Spears and Alexander were married for 55 hours in 2004.

On a happier note, it looked like Brit and Sam had a great day surrounded by friends and some family. Photos from the event show Britney recreating her infamous VMAs kiss with Madonna and dancing with Selena Gomez and Drew Barrymore. 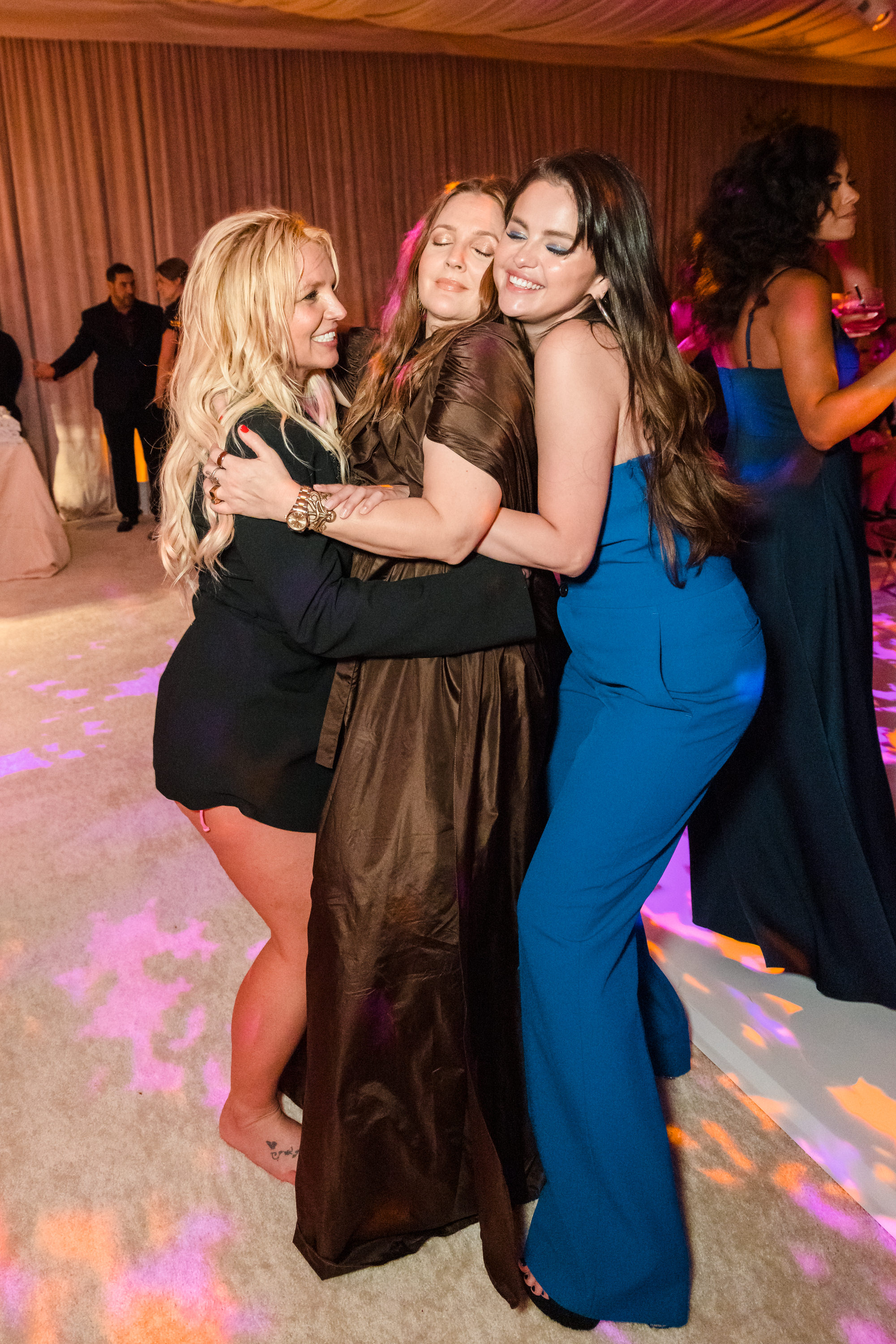 Photos also captured the happy couple kissing on a balcony and the pink guest invitations and wedding details. 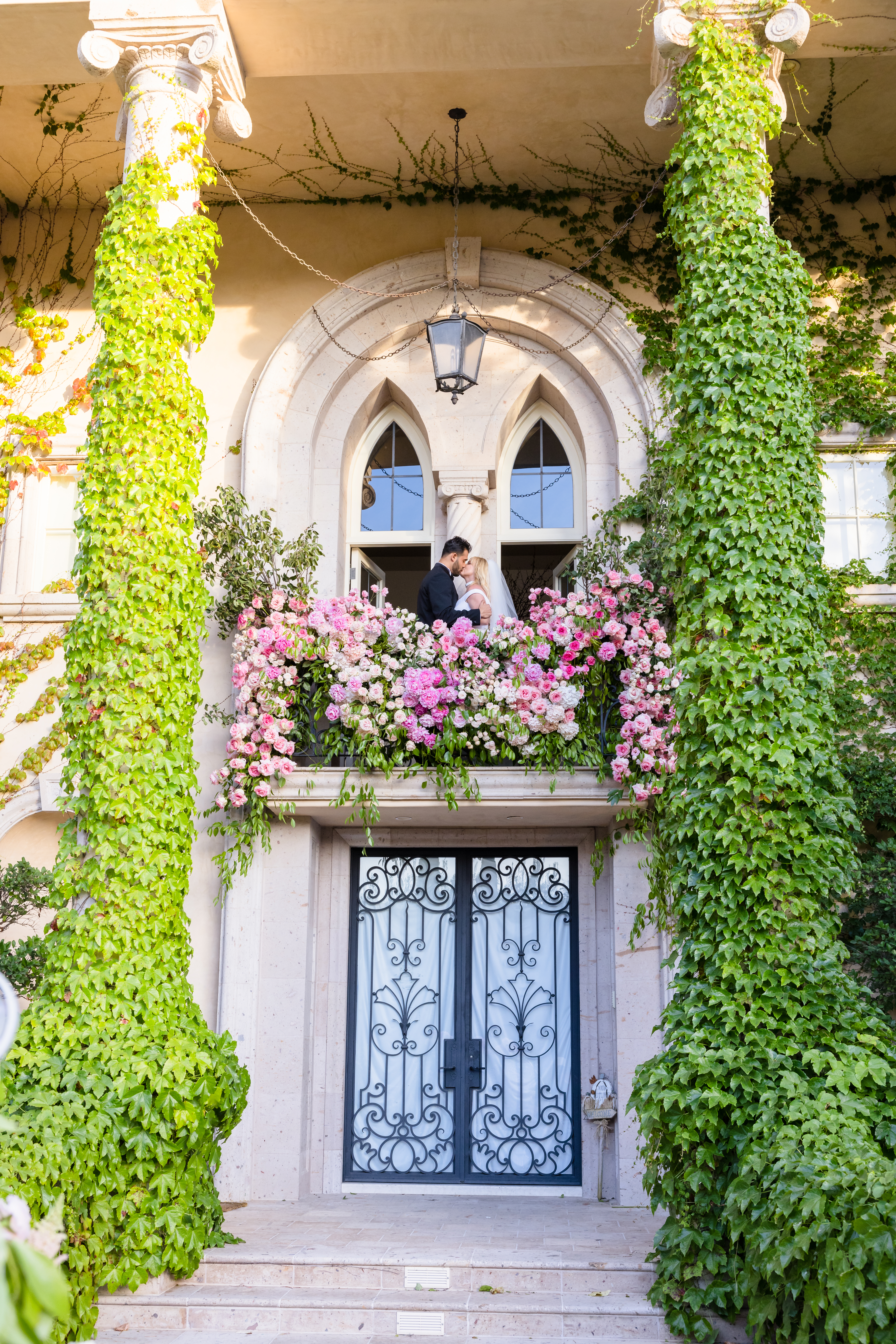 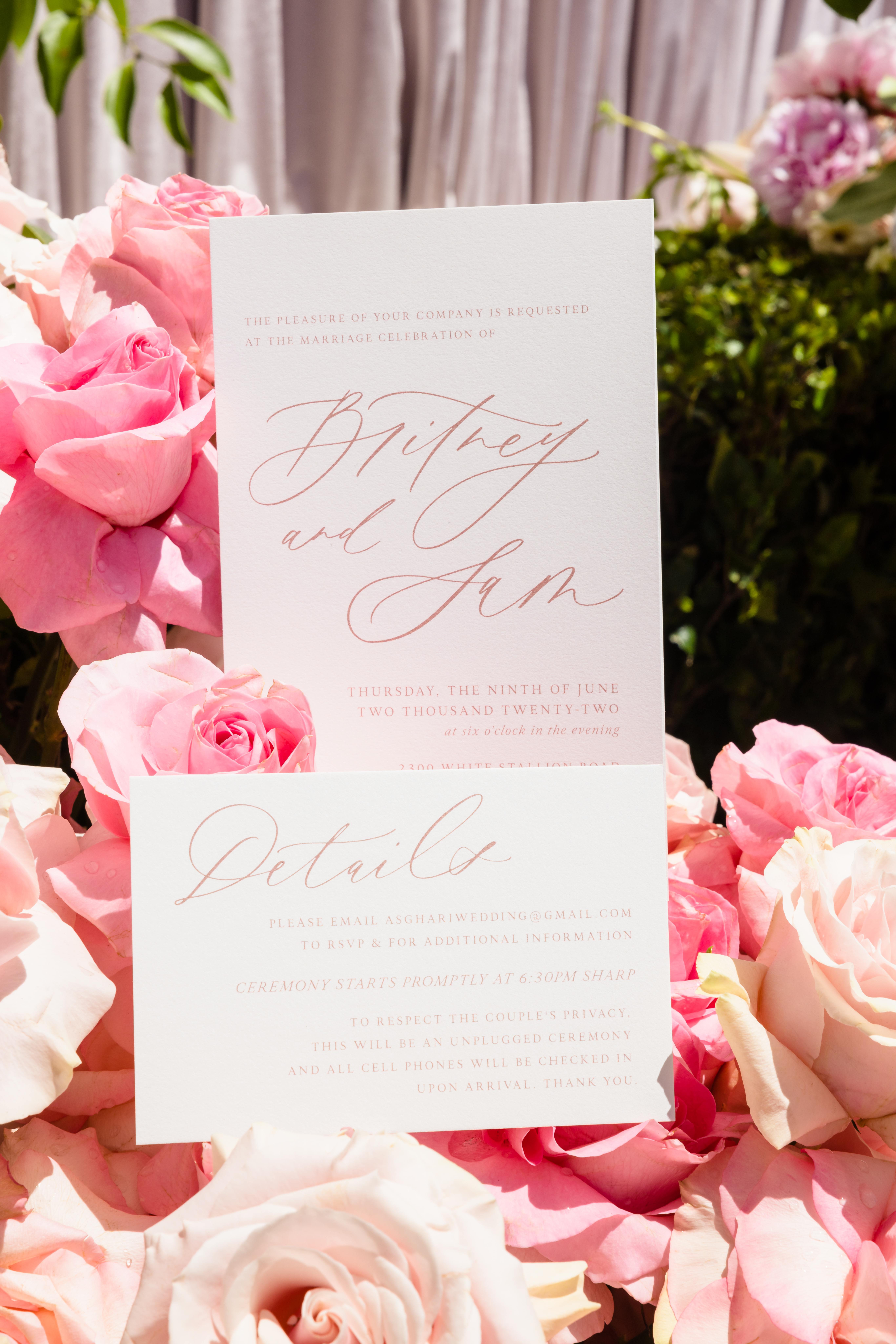 Though there was a star-studded guest list, the event still remained rather exclusive, snubbing some notable members of Brit’s fam. TMZ reports that her brother, Bryan, was invited and would most likely be there. Not on the guest list were her sister, Jamie Lynn, dad, Jamie, and mom, Lynne.

The “Lucky” singer has been very vocal about the role these family members played in her 13-year conservatorship, and accused them of “conservator abuse,” especially taking aim at her father Jamie and also her sister Jamie Lynn who wrote a tell-all book earlier this year.

Following the initial breaking news announcement, TMZ offered several updates about the day including the news that Britney's sons, 16-year-old Sean Preston and 15-year-old Jayden James, would not be attending (according to Kevin Federline's attorney). They also had early photos of a large event tent going up in the L.A. wedding location.

This will be the first marriage for Sam, and the third for Britney. She was previously married to childhood friend Jason Alexander in January 2004 (that union was annulled two days later) and then Kevin Federline from 2004 until 2007. She shares two children, Sean and Jayden, with Federline.

Brit and Sam, who are normally very vocal on Instagram, have not publicly declared today as their wedding day at press time, however Sam revealed in May that they'd set a date, noting that it will be secretive and on the down-lo.

"Our lives have been a real-life fairy tale," he said in his Instagram Stories at the time. "Also the big day has been set! But nobody will know until the day after.” Looks like TMZ might have foiled that plan, Sam!

Last November, right when Britney’s 13-year conservatorship was terminated and the pair got engaged, Sam also gushed about his plans for their nuptials. "I want the biggest wedding in the world!" he said without revealing a date.

Sam and the “Toxic” chart-topper broke the news of their engagement back in September on Instagram when she shared a video of them posing together while she flaunted her new engagement ring. "I can't f***ing believe it," she captioned the post.

Sam also posted an engagement announcement pic to his Instagram, where the couple were seen passionately locking lips as Brit shoved her ring finger into the camera lens. The engagement was confirmed by The New York Times, who spoke to Sam’s talent manager Brandon Cohen, who is quoted in the outlet as saying, "The couple made their long-standing relationship official today and are deeply touched by the support, dedication and love expressed to them."

The road to the altar has not been exactly smooth, as the “Stronger” songstress suffered a miscarriage in May after happily announcing her pregnancy the month before.

We’ve had an inkling that their wedding day might be fast approaching (and we even thought they might have wed already in secret!) because Britney has been frequently referring to her fiancé as her “husband.” In a now-deleted IG post, she joked about her rapport with Sam, but captioned the post with, "Although I love my husband I will be honest and say I get annoyed all the time.”