Catch up with the legend before catching her TIFF doc, ‘Don’t Make Me Over.’
by Amber Dowling
21st September 1964: American soul singer Dionne Warwick. (Photo by Evening Standard/Getty Images)

Is there anyone more iconic than Dionne Warwick? Sure, Auntie Dionne is pretty much the best thing to happen to Twitter. And yes, she was the mightiest mouse to ever grace The Masked Singer stage. But her legendary career goes back decades, making her a bona fide diva in the best sense of the term.

Warwick’s journey is captured in the new TIFF documentary, Dionne Warwick: Don’t Make Me Over. The film (from David Heilbroner and Dave Wooley) covers her mass appeal, of course. But it also digs into her musical journey and the influences she’s had on notable performers like Elton John, Gladys Knight, Alicia Keys and Snoop Dogg.

It also covers her earlier days, from singing in church, to performing with the Drinkard Sisters’ gospel group, to winning amateur night at the Apollo. Things get personal as the cameras trace her days as a background singer paying her way through college, or standing up for herself by telling a server to put the food somewhere special after being refused service at a whites-only restaurant.

In short, Warwick has led a life. And while we don’t want to give away too many of the influential, jaw-dropping, and downright inspirational moments from the film, here are some images from over the years of the legend being the iconic queen that she is.

Warwick is as known for her activism as she is for her singing, having raised money and awareness for years for issues like equality and the fight against AIDS. Here she is with Count Basie and one of the most legendary civil rights activists of all-time, Rev. Jesse Jackson. 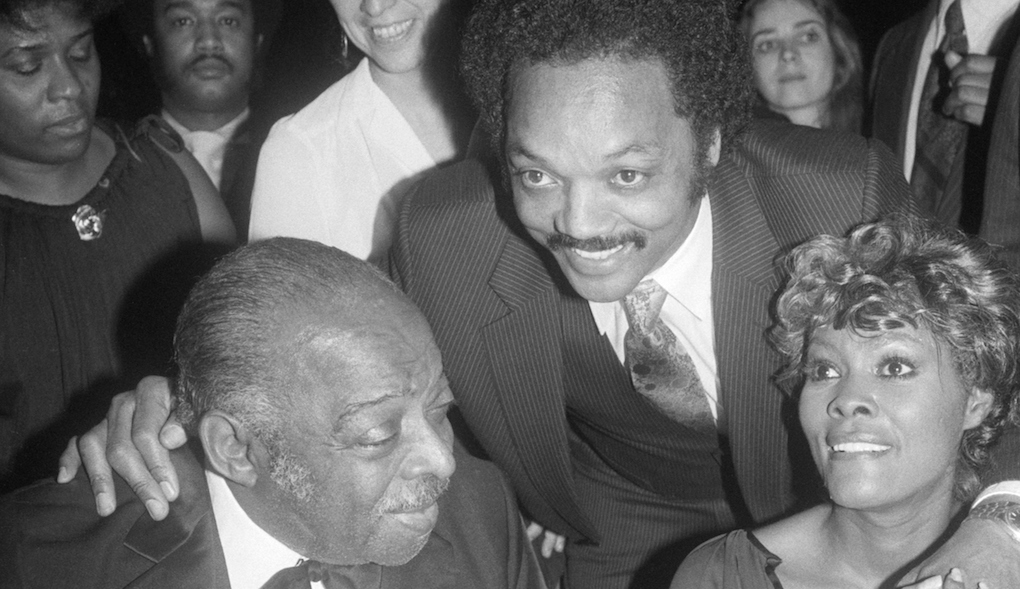 Hanging out with other legends

Whitney Houston and Warwick had a long history—in fact, they were cousins. So it was always a thrill when they took the stage together, especially to sing “That’s What Friends Are For.” Here they are in the 1980s being their best selves. 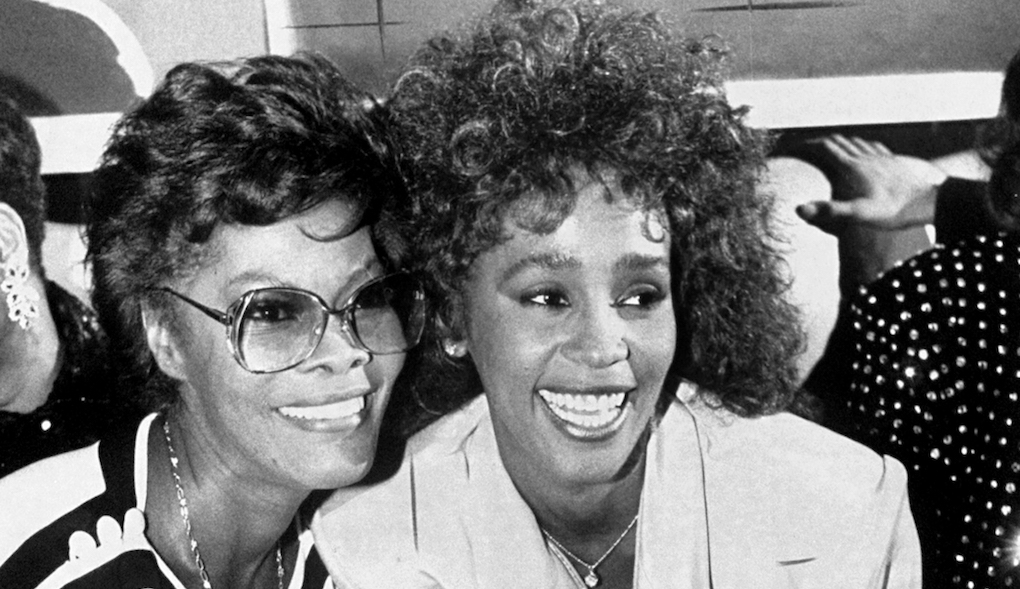 Here’s Warwick in 1964 France, where she was hanging out with Joséphine Baker, a.k.a. one of the most popular music hall entertainers to ever live. If you ever needed proof that Warwick was fearless, this photo pretty much sums it up. 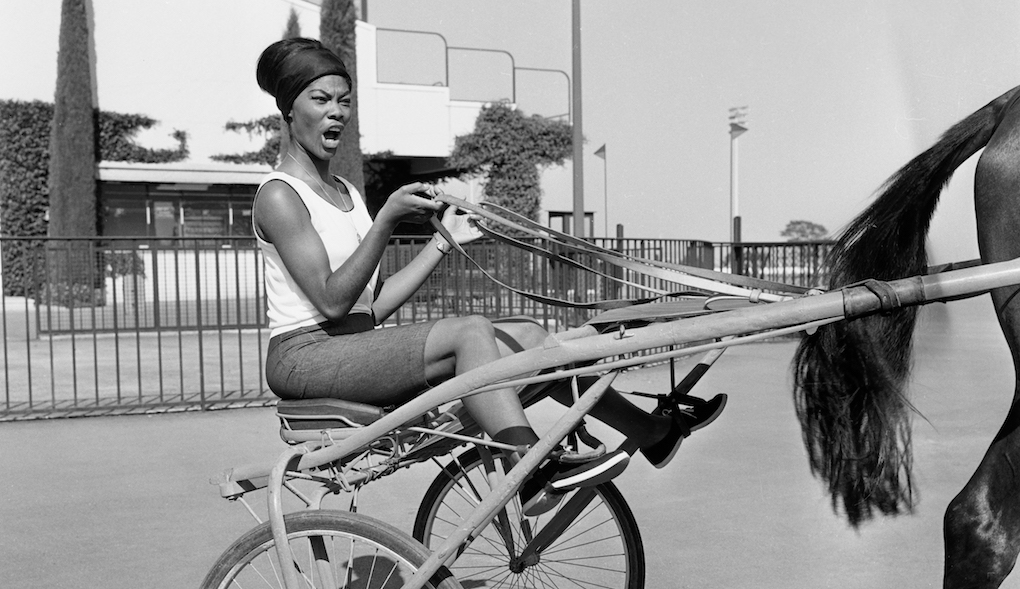 Showing us how it’s done at Cannes

It’s safe to say that Warwick is no stranger to the film festival circuit. Here she is showing everyone how it’s done at Cannes in 1964. 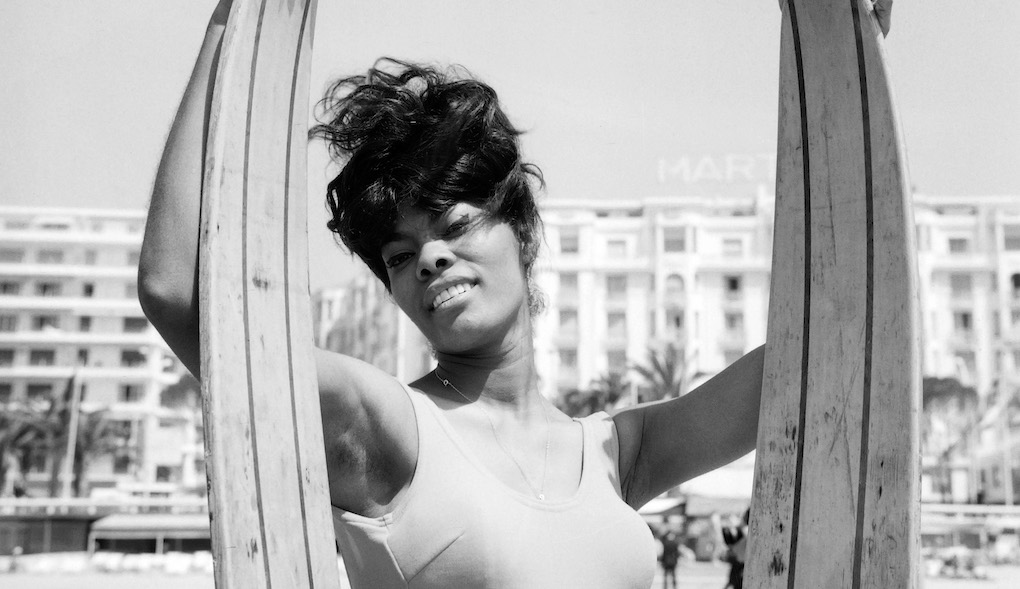 The epitome of strength

Who else would go on The Tonight Show Starring Johnny Carson and arm-wrestle the guest-host at the time, McLean Stevenson? It’s too bad she couldn’t wrestle away hosting duties, huh? 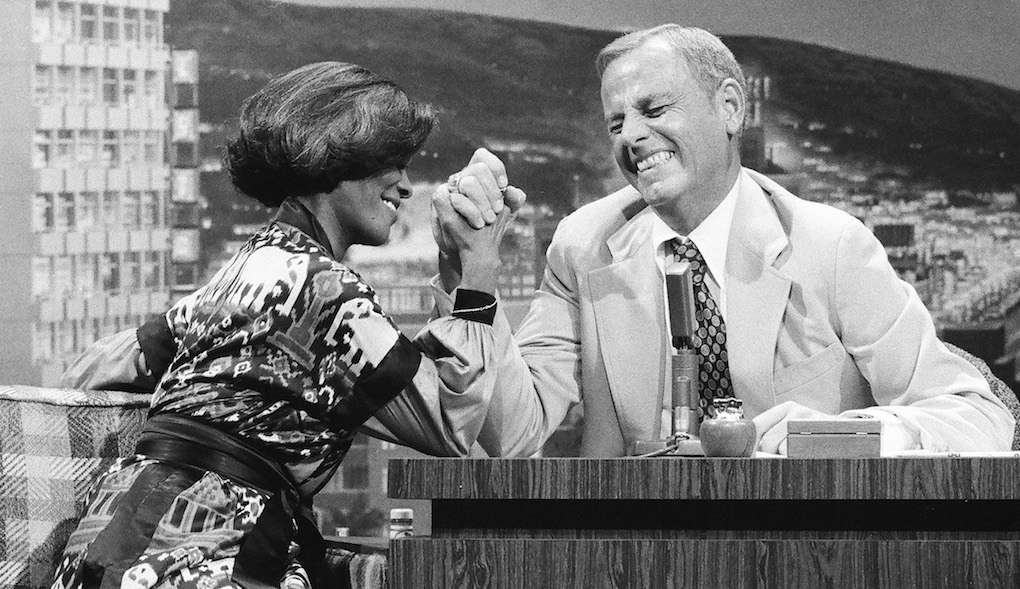 Of course, that wasn’t the only time Warwick was invited on the show, she’s been doing the late-night circuit for decades now. 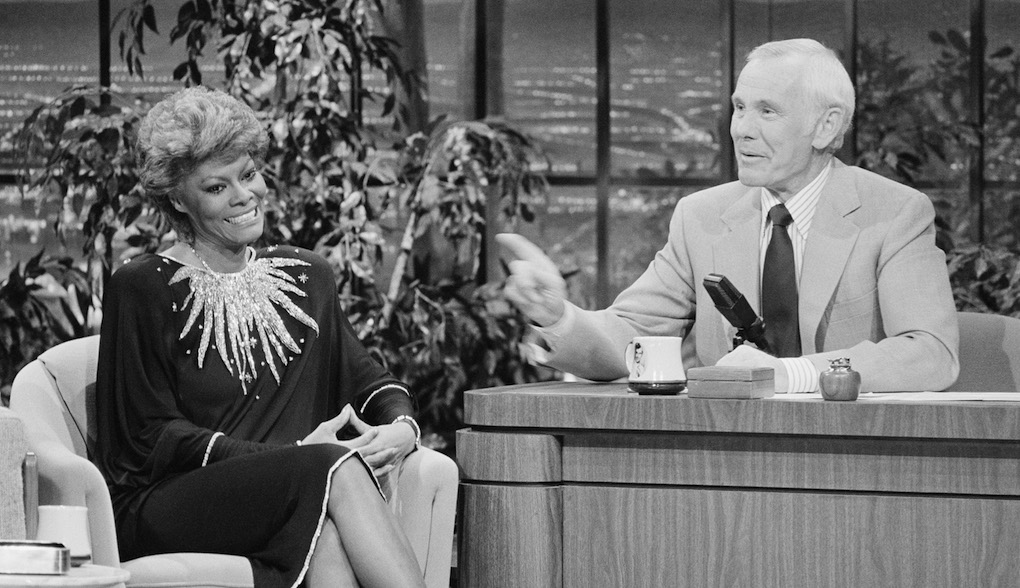 In June 1989 Warwick boarded the U.S.S. Intrepid in New York City alongside Sammy Davis Jr. and Frank Sinatra to participate in a four-day event to benefit children with AIDS.

When the world is your oyster

Because when you hit up the mean streets of London for some press and photo ops, you have to have fun with it. 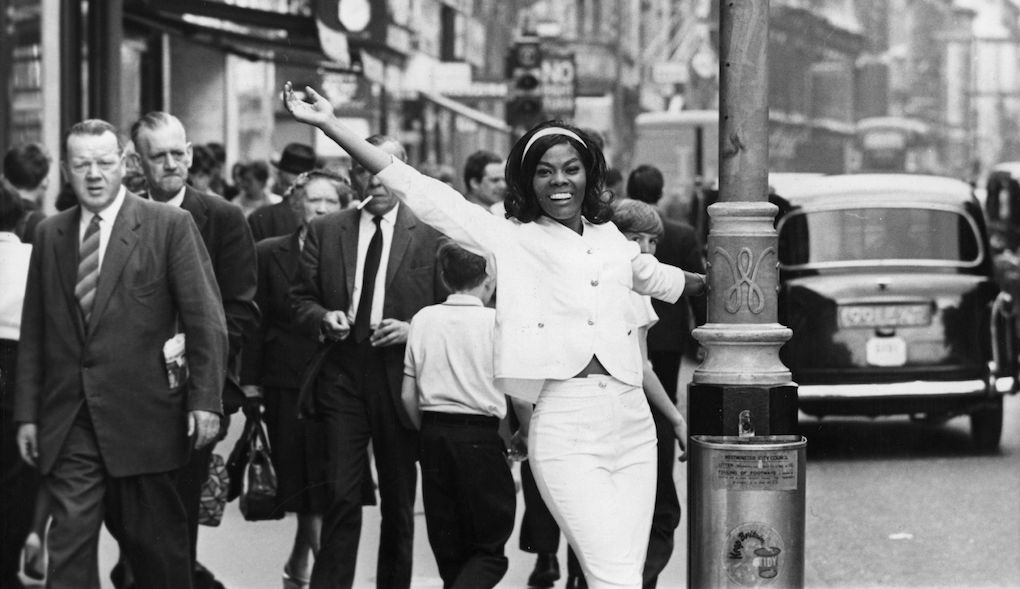 Hitting the Grammys in style

Warwick has five Grammy awards and 14 nominations to her name. She nabbed one of those trophies in 1986 for best pop performance by a duo or group with vocals. Here she is celebrating with pals Quincy Jones and Stevie Wonder. 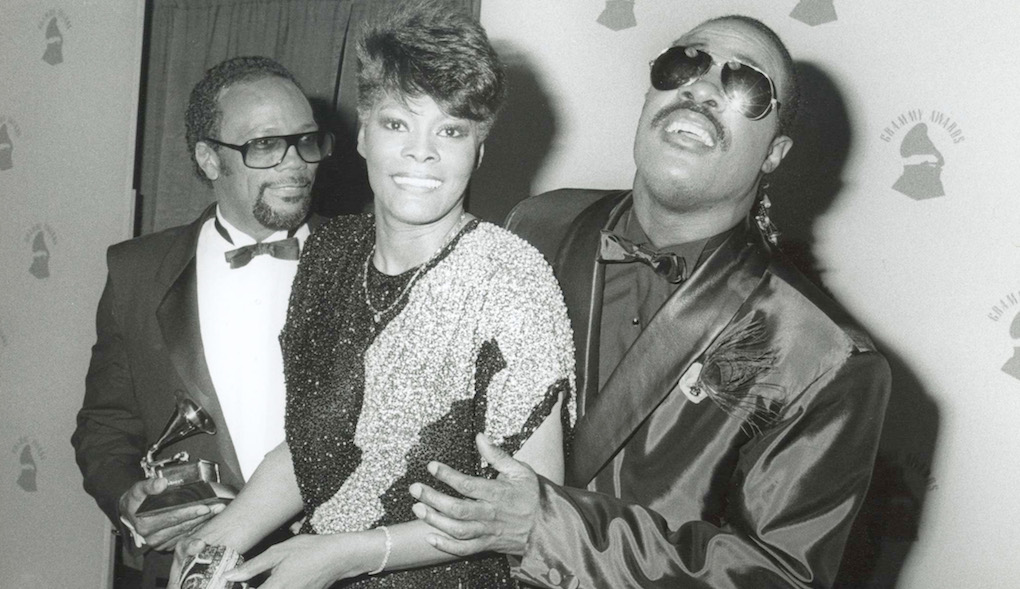 The Queen meeting the queen

Is there anything more iconic than when royalty meets royalty? Here’s Warwick with Sinatra and Ed McMahon meeting Queen Elizabeth II in 1983. 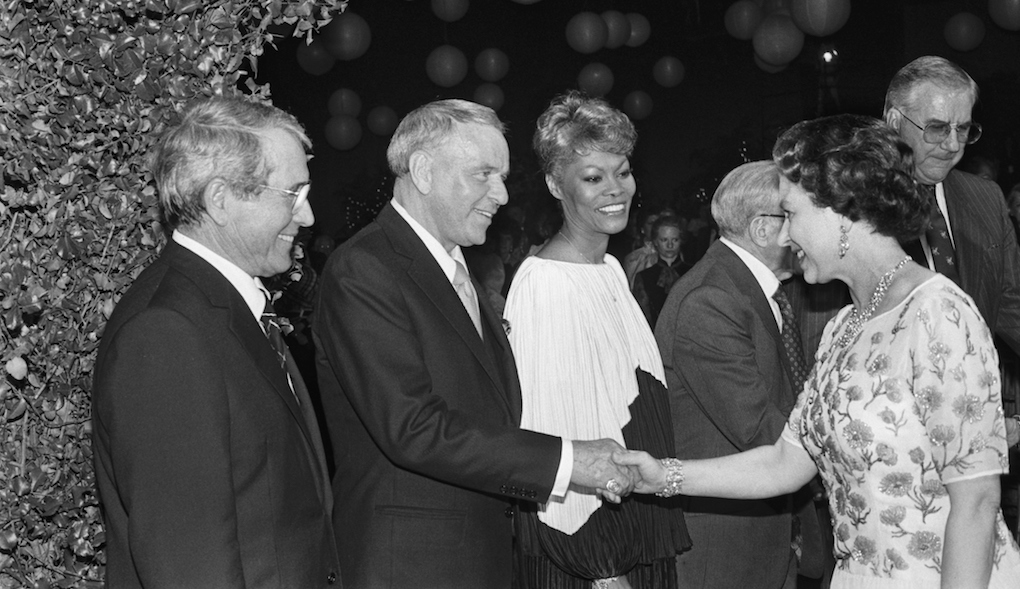 The Toronto International Film Festival runs from September 9 to 18.

BEFORE YOU GO: ‘Diana: The Musical’ is coming and the trailer just dropped