After a near-12 month wait, the collab dropped its first piece on Kanye's 44th birthday.
Katie Scott
Getty Images

Kanye West's first Yeezy Gap piece debuted on Tuesday for the rapper's 44th birthday and it's already sold out.

Shoppers in the U.S. were able to preorder the unisex coat, which will be shipped later this fall but the coat is already sold out, according to CNBC.

So far, the jacket is only available in the U.S. and it's unclear when additional items for the line will be launched.

The jacket has simple detailing, block colour and no visible pockets or fastenings. The jacket looks to be slightly oversize and it's made from recycled nylon. The jacket has the official Yeezy x Gap logo on the neck.

Gap and Yeezy are using the jacket's debut as a way to gauge consumer interest in the new line, which will eventually sell items for men, women and kids.

The partnership between Gap and Yeezy is supposed to be a 10-year agreement, with Yeezy expected to receive royalties and intentionally receive equity based on how much the line sells. Gap has not disclosed any other information about the financial terms of the deal.

Kanye was spotted wearing the puffer jacket last week in Los Angeles, which seems like a strange choice for the hot weather in L.A. but now it all makes sense.

Floating projections of the new Yeezy Gap jacket will also be displayed in New York City, Los Angeles and Chicago. This is similar to when Kanye debuted his Yeezus album in 2013 by projecting his face onto buildings around the world.

Last June, Kanye announced his collab with Gap with the hashtag #WestDayEver.

Mark Breitbard, global head of Gap, previously said the brand is “excited to welcome Kanye back to the Gap family as a creative visionary, building on the aesthetic and success of his Yeezy brand and together defining a next-level retail partnership.”

Kanye has a history with Gap. He worked at one of its stores in Chicago as a teenager.

He also told Vanity Fair magazine back in 2015 that he wanted to be the creative director of the brand.

"I say things like I want to be creative director for the Gap, but I just got to give credit to the people who do creative direction at the Gap,” West said at the time. “I’ve got to give super-props to Mickey Drexler. I know he’s not at the Gap anymore. That’s a talent.” 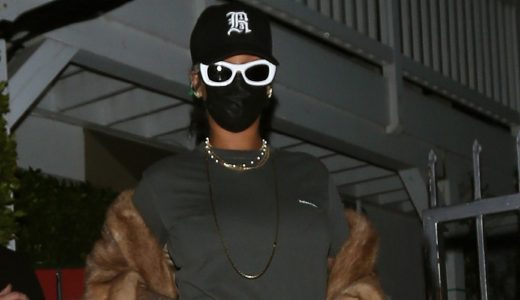 Rihanna is nearly unrecognizable in her PPE 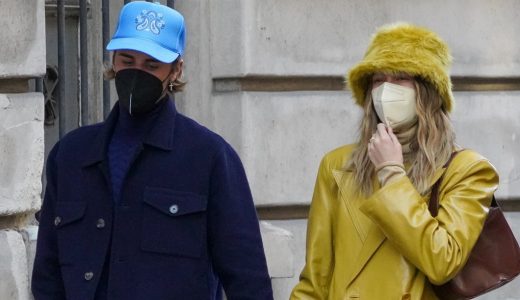 The Biebs turned 27 and celebrated with a trip to Paris 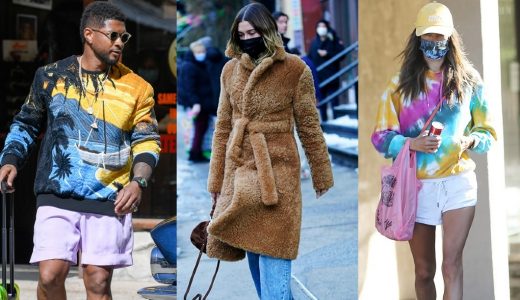 25 of the most iconic Golden Globes looks of all time