Oh, and you bet they mastered the cold open.
Christine Estima
The Duke and Duchess of Cambridge/YouTube

Future King and Queen of the Commonwealth, Prince William and Kate, have now taken a step firmly into the present by launching their own YouTube channel separate from the Royal Family, who already have their own dedicated channel.

Racking up over 235k subscribers in just under a day, their cute introductory video has over 1.2 million views and is the number one trending video on the platform. Yaaaas (future) queeeeen!

The short introductory video to their channel includes two cute bloopers of the Duke and Duchess of Cambridge: one where Wills reminds a nervous and giggling Kate to watch what she says because “these guys, they’re filming everything” and a second where Kate reminds her hubby not to roll his Rs. Don’t want to sound too aristocratic now!

The video also includes short clips from their lives as royals, where we see them visiting with charities, shaking hands with dignitaries, and even participating in some fun activities like archery and shearing a sheep.

On top of the introductory video, there is also another video that includes the audio from a phone conversation the Duchess had with a young girl named Mila, whose photo of her in her hospital room, separated from her family during lockdown, won the Holding Still photography competition.

It’s also worth noting that the Cambridges launched their channel less than a day before Prince Harry and Meghan Markle’s son Archie’s birthday. He’s now 2!

Archie’s milestone a big deal, so it does leave one to wonder why the Cambridges would draw attention away from that (especially with a move that seems specifically intended to make them more personable and relevant).

Previously it had been suggested that the Royal Family announced it was investigating allegations of bullying made against Meghan to draw attention away from her bombshell interview with Oprah Winfrey. Food for thought.

When the Duke and Duchess of Sussex launched their own Instagram account under @Sussexroyal in 2019, it became the fastest account to reach 1 million followers, according to Guinness World Records, although they haven’t posted since March of 2020 when they took a step back from royal duties and royal life.

We don’t expect that the Duke and Duchess of Cambridge will start vlogging like David Dobrik, or Logan Paul, but it would be awesome if suddenly a video popped up on their channel entitled, “The grossest thing I ever ate! (prank!).” We also can’t wait for their TikTok channel where the Duke and Duchess attempt to do the viral dance to Cardi B’s “Up.” It could happen!

BEFORE YOU GO: Jonathan Van Ness' hubby Mark Peacock gets his green card 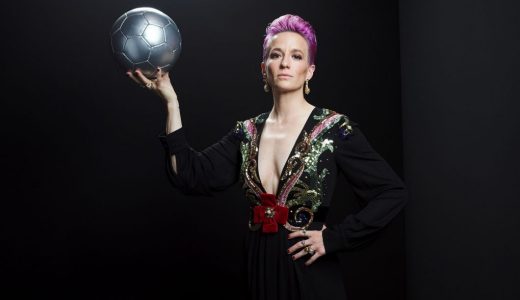