Woods waived his right of privacy and authorized the release of the accident report to the public.
Katie Scott
Getty Images

The cause of Tiger Wood’s near-fatal car crash has been revealed. The Los Angeles County Sheriff’s Office announced Wednesday that the February single-car accident was caused by excessive speed.

According to TMZ, Law enforcement sources have said that Woods was driving 83 mph in a 45 mph zone (so for us Canadians, that would be like going 130 km/h in a 70 km/h zone).

Woods will not face any charges or citations and the law enforcement sources told the outlet that Woods waived his right of privacy and authorized the release of the accident report to the public.

Sources with direct knowledge of the Feb. 23 crash told the outlet that Woods was speeding when he lost control of his SUV, a 2021 Genesis GV80, and that he actually accelerated at the time of the crash.

Woods released a statement on Twitter after Los Angeles Country Sheriff Alex Villanueva shared the details of the cause of the crash with the public on Wednesday.

"In the last few days, I received word from the Los Angeles County Sheriff's Department that their investigation regarding my traffic accident back on February 23rd in Los Angeles has been completed and closed," he began.

Woods said that he is "so grateful" to the "good samaritans who came to assist me and called 911." He's also thankful to the LASD Deputies, LA Firefighter/Parademics and the LA Sheriff's Deputy Carlos Gonzalez, Fire Paramedics Smith and Gimenez "for helping me so expertly at the scene and getting me safely to the hospital."

"I will continue to focus on my recovery and family, and thank everyone for the overwhelming support and encouragement I've received throughout this very difficult time," Woods concluded.

Woods, 45, was injured in the single-car accident, suffering multiple leg injuries after the SUV struck a raised median, crossed into oncoming lanes of traffic and flipped several times. Authorities said he was "extricated from the wreck" by Los Angeles Country firefighters and paramedics and then transported to a local hospital by ambulance.

Last week, Villanueva said that the cause of Woods’ accident “has been determined, the investigation has concluded,” but didn’t release the information to the public.

"We have reached out to Tiger Woods and his personnel... There's some privacy issues on releasing information on the investigation so we're going to ask them if they waive the privacy and then we will be able to do a full release on all the information regarding the accident," Villanueva said.

"We can't release it without the people involved in the collision,” he added.

News about the announcement comes after a source told People that Woods is looking to the future and staying positive nearly two months after the crash.

"Tiger is happy to be back home," the source said, after Woods returned back home to Jupiter, Florida, following surgery for “significant orthopedic injuries to his right lower extremity.”

"He is focused on his continued recovery. There is a rehabilitation plan in place,” the source added.

"He has his down moments but is doing everything he can to heal," another source told the outlet. "He wants to go back on tour at some point. He is eager to get back into shape."

Last month, Woods thanked the surgeons, doctors, nurses and staff at Harbour-UCLA Medical Center and Cedars-Sinai Medical Center for taking such great care of him. "Happy to report that I am back home and continuing my recovery. I am so grateful for the outpouring of support and encouragement that I have received over the past few weeks," he tweeted.

The golf superstar said that he will be recovering at home and working on getting stronger every day. 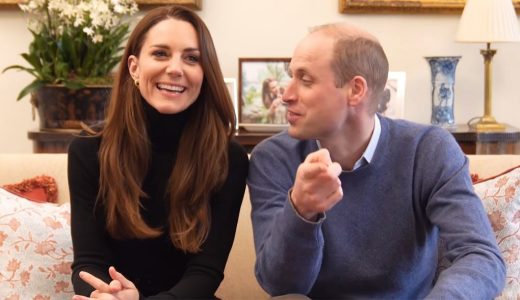