If there's one thing the internet loves, it's watching a person effortlessly execute a task that seems impossible by human standards. That's probably why the internet loves Elladj Baldé so much. Baldé is a Canadian former competitive figure skater who has won numerous medals competing in the Canadian Championships. The 30-year-old skater retired in May 2018, but he never gave up his passion and started posting videos online that allow him to express his artistry in ways he couldn't as a competitive skater.

Baldé spoke with etalk's Tyrone Edwards about his viral skating videos (which have been shared by fans as well as celebrities including Jada Pinkett Smith and Jennifer Aniston) and how his life has changed since he started posting the videos on TikTok and Instagram. “It's been an interesting world to navigate. I was never too into social media. Most of my work was in live performances in skating shows, so that's kind of the world I'm used to operating in," he shared. "For it to go viral the way that it did, I have never experienced anything like this. Just the sheer amount of messages and people just connecting with what I was doing is one of the most magical experiences that I think I’ve had in my lifetime.”

He continued, “It really reassured for me that the place that I was coming from, the intention I had behind what I was doing, was real and was touching a lot of people. And people that didn’t necessarily know skating or watch skating or even like skating. Being able to reach those people and connect with them on a deeper level was really special for me.”

Elladj opened up to Tyrone about the lack of representation in the world of figure skating. “It’s really dominated by a white, European, elitist environment and so growing up I struggled a lot with finding myself and finding my truth… Skating is really a mold that you have to fit in and because of my background, trying to fit into that mold never felt authentic,” he explained. “I struggled with that for most of my career until I went through my own journey of diving deeper in myself and reflecting and learning and trying to understand who I was and who I wanted to be as a performer.”

He explained skating is often laser focused on the technicality, but he enjoys connecting to the music instead of focusing so much on the technique. ”With the murder of George Floyd and this rise of awareness and consciousness on the reality of Black people in America, Indigenous people in North America and the world, and just people of colour, finally voices were being heard," Elladj said.

This inspired himself and a group of internationally competitive and professional figure skaters to start a non-profit organization, called Figure Skarting Diversity and Inclusion Alliance, to help other BIPOC skaters grow in the sport. "A few skaters and myself decided to come together and create this alliance of skaters of colour who are going to try and change what figure skating looked like and how it felt for someone that’s from the BIPOC community," Elladj said. "Us coming together, the mission is really to increase representation and to increase accessibility. The sport is a very expensive sport, and a lot of people get priced out of the sport. You see a lot of young BIPOC skaters that come into the sport and are not able to continue because the price of the sport."

He said that being able to help the skaters from a financial standpoint is important to the organization. The group wants to help with equipment and mentor the younger skaters. "Some of us who have made it in this sport and have had success will be able to bridge that gap between us and the next generation of skaters," he added. Elladj said that just being there for the younger generation will help them see someone who looks like them succeed in the sport because his generation didn’t have that. One of their biggest goals is to teach young, BIPOC skaters that they can be their authentic self.

Tyrone asked Elladj if what we’re seeing on his social media accounts is a showcase of what he couldn’t do during his time in competitive skating. He said one of the reasons he's posting the videos is because was so limited in his stylistic choices during his career. “Because I’ve been so limited I am now wanting to remove all barriers, remove all rules, remove anything that I wouldn’t be allowed to do. I want to do what I want to do. I want to create for the sake of creating and not create for the sake of winning a championship,” he explained.

He also creates the videos to restore his relationship with skating--making it more about his own enjoyment rather than winning, which had been his mentality for so long (something he credits to his Russian culture). “In Russian culture you do a sport in order to be the best. You don’t do it just for fun,” he shared. “That being my intention for the longest time, I had to heal that. I had to go through my own process of understanding that, that is not what brings me true fulfillment.”

Elladj said that his whole self-worth was based on his results in skating competitions before completely changing his mindset. “Everything that I was and everything that I pictured myself to be was all based in being this champion. For me personally, it’s like when I started realizing that, that’s my intention behind what I did and that’s how I valued myself, no wonder I was miserable. No wonder when I wasn’t skating well I was so hard on myself,” he said. Elladj decided to focus on what brings him happiness when he’s skating and transformed that to into what he does now.

Elladj said that even though he’s retired from the competitive side of figure skating, he plans to go back on tour with shows in Japan and Europe once it’s safe to travel again. Until then, he will continue to create for social media, but he also has bigger plans for the future because he wants to make his own show. “One day, I want to have my own show. I want to create something that’s going to come from what I want to convey, the message I want to share and the way that I want to do it,” he said.

If you want to continue to support Elladj, he says people can support the Figure Skating Diversity & Inclusion Alliance by donating or helping to spread the message and continue the conversation on systemic oppression.

BEFORE YOU GO: Man releases incredible video of ice skating through a frozen forest 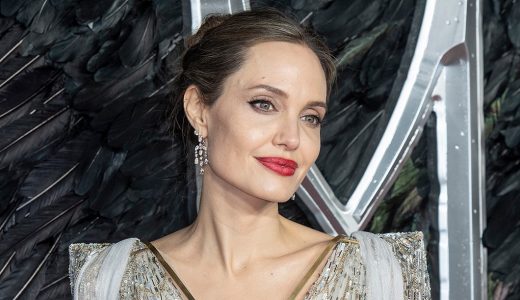 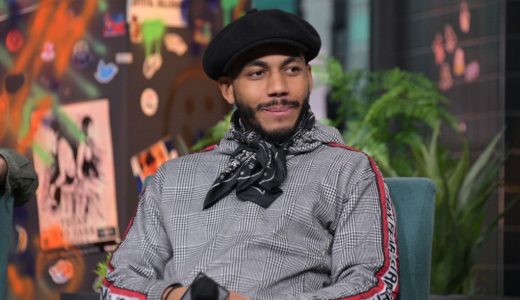 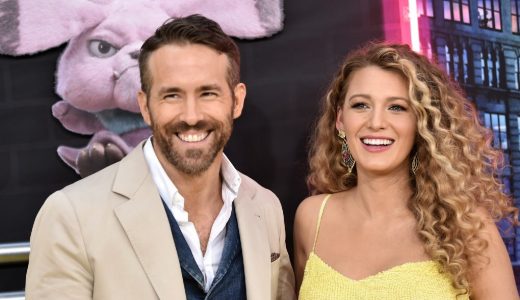