Everything you should know about Amanda Gorman, the youngest inaugural poet ever

A future presidential hopeful, this is only the start for Gorman.
Sadaf Ahsan
Getty Images

No guest at Wednesday's U.S. presidential inauguration made as much of a statement as Amanda Gorman who, at just 22 years old, became the youngest known inaugural poet with her recitation. She joins the ranks of heavyweight predecessors Robert Frost and Maya Angelou.

Gorman read "The Hill We Climb," a powerful piece she wrote specifically for the occasion, the composition of which was inspired by Abraham Lincoln and Martin Luther King, Jr.'s speeches. It referenced her own life and dreams, and even the musical Hamilton, along with the Capitol Hill riots.

With plans for one day running for president, it's time you got to know a little something about Amanda Gorman:

Oprah's a fan and a friend

If there were ever a gold seal of approval, it comes from Oprah Winfrey, who is a close friend of Gorman's. She even offered to buy her the coat she'd be wearing during the ceremony, as Winfrey had also bought Angelou her Chanel coat she performed in. But Gorman was already set.

As CBS's and Winfrey's best friend Gayle King revealed, "[Oprah] said, 'I'd like to get a coat for you to carry on that tradition.' [Gorman] said, 'I've already picked out my coat. It's yellow. It's my favourite colour.'" (And a stunning Prada number, no big.)

Instead, Winfrey did one better, giving Gorman earrings and a ring shaped like a caged bird in tribute to Angelou's poem "I Know Why the Caged Bird Sings."

On Wednesday, Winfrey wrote on her Instagram,  "I have never been prouder to see another young woman rise! Brava Brava, @amandascgorman! Maya Angelou is cheering—and so am I."

Gorman thanked Winfrey on Twitter, writing, "I would be nowhere without the women whose footsteps I dance in. ... Here's to the women who have climbed my hills before."

Gorman had been suggested by Dr. Jill Biden, the new First Lady, who has been a fan after seeing her read her poem “In This Place: An American Lyric" at the Library of Congress in 2017.

She contacted Gorman a month prior to the inauguration, asking that she write an original piece for her husband's swearing in.

In an interview with Vogue, Gorman said, “I’m not saying I’m better than anyone else, but I was called by the Bidens for a reason, and this moment has called me for a reason, so all I can do is show up and do my absolute best. That’s all I can ask of myself.”

Gorman also chose to wear yellow to honour Dr. Biden, as she had noted how much she loves her in the colour.

Writing is her antidote

In a recent CBS interview, Gorman said that writing is what helped her to overcome a "daunting" speech impediment.

"I couldn't use my voice, then I would author my voice on the page," she said. "So it's really been a godsend and a lifeline for me. And so once I arrived at the point in my life in high school, where I said, 'you know what? Writing my poems on the page isn't enough for me. I have to give them breath, and life, I have to perform them as I am.' That was the moment that I was able to grow past my speech impediment."

Finding the most trouble with the letter "R," Gorman turned to music for therapy and, in particular, Lin-Manuel Miranda's Hamilton, a favourite of hers.

"My favourite thing to practice was the song 'Aaron Burr, Sir,' from Hamilton, because it is jam-packed with R's. And I said, 'if I can keep up with Leslie [Odom, Jr.] in this track, then I am on my way to being able to say this R in a poem."

The young poet has a special mantra she repeats to herself before any performance.

"One of the preparations that I do always whenever I perform is I say a mantra to myself, which is 'I'm the daughter of Black writers. We're descended from freedom fighters who broke through chains and changed the world. They call me.' And that is the way in which I prepare myself for the duty that needs to get done."

Gorman added, with her signature humour, "If I can, and I'm not going to scare anybody off, I always say it out loud. So I'm usually in a bathroom or a dressing room. But if backstage and I imagine if I'm standing next to Joe Biden, I might keep it here [points at herself] not to worry about craziness. I don't want Secret Service to think, you know, Amanda is gone…mayday, mayday"

She's got some special admirers

For Gorman, Wednesday's performance may have put her on the map, but she's only just getting started.

The poet has written her first two books, both scheduled to launch in September. One is a children's book called Change Sings, and the other is a copy of her inaugural poem within a set of some of her other original works.

And she's got even bigger dreams, as she noted in "The Hill We Climb": "We, the successors of a country and a time / Where a skinny black girl / Descended from slaves and raised by a single mother / Can dream of becoming president / Only to find herself reciting for one."

For a complete transcript of the poem, click here.

RELATED: The stars come out for ‘Celebrating America’ event

[video_embed id='2123191']RELATED: The stars come out for ‘Celebrating America’ event[/video_embed] 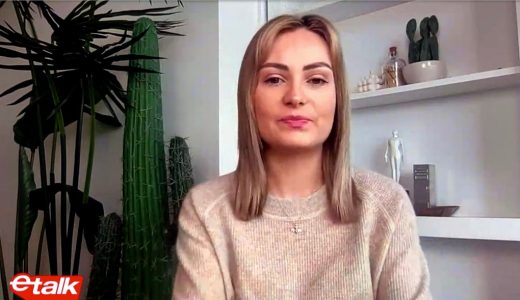